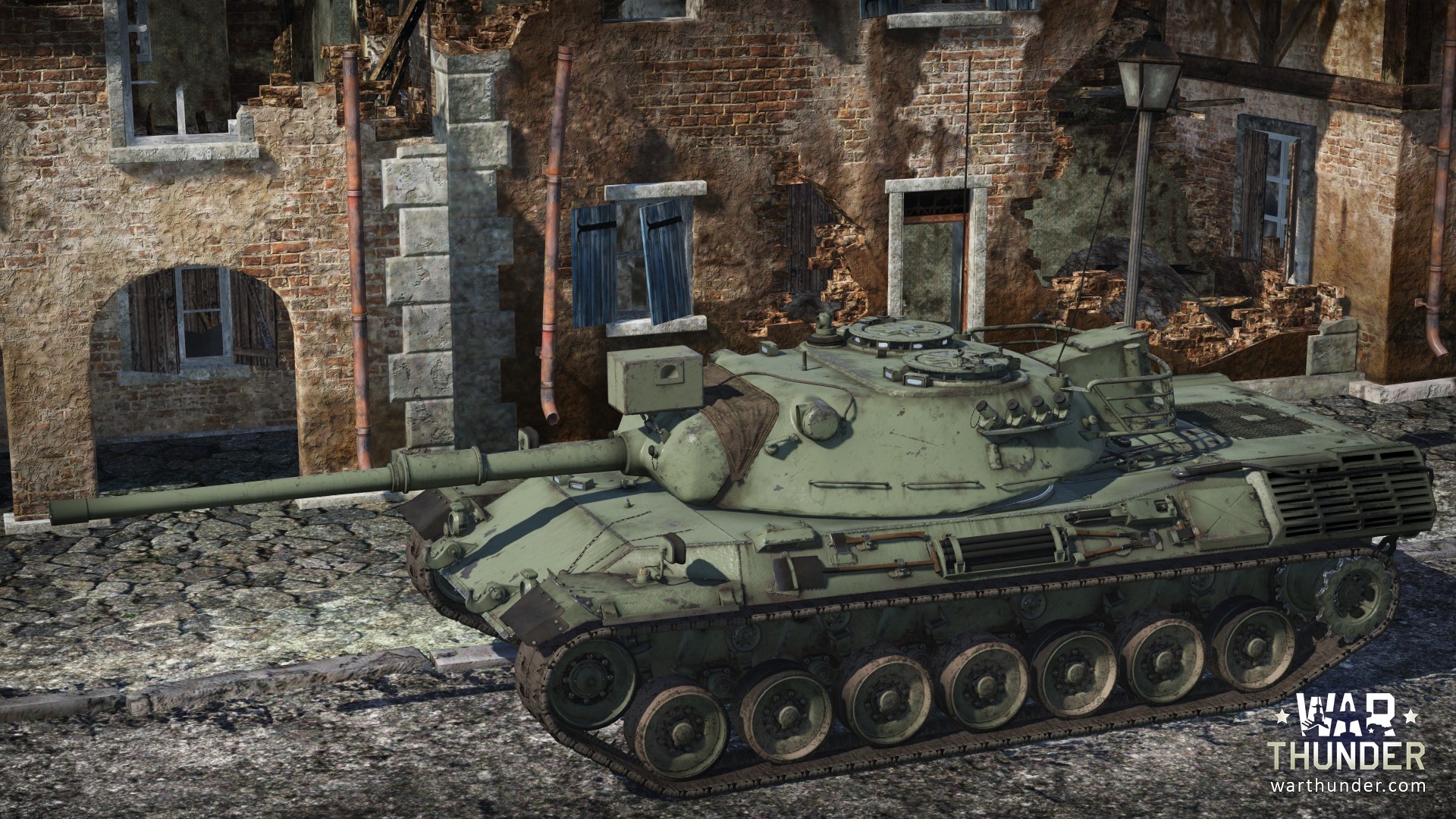 This was the first independent post-war tank project in West Germany. After the war, the views of German designers changed and high mobility and firepower was at the forefront of their minds. The new tank was armed with the powerful 105mm L7A3 cannon. Its shells could penetrate armour with a thickness of up to 400 mm. The tank’s engine allowed it to reach speeds of up to 65 km/h (40mph) on the road.

In the game, this tank will be at the 5th tier as a top German medium tank.

This is the first tank, along with the American M60, to receive a new type of round – HESH or high-explosive squash head. These shells damage the target with spalling from the inside of the armour plate. High-explosive hollow charge shells and armour-piercing composite shells will also be available with high piercing statistics, which will allow this vehicle to stand up against any other tank in the game.

As soon as you see this tank, you see a departure from the German “Quadratisch. Praktisch. Gut.” The armour plates are set at numerous angles, the conical turret has clean lines and a rounded appearance. But all the same, you can still see German pragmatism. On the rear of the turret is a basket for housing various useful things, which the radio fit into perfectly.