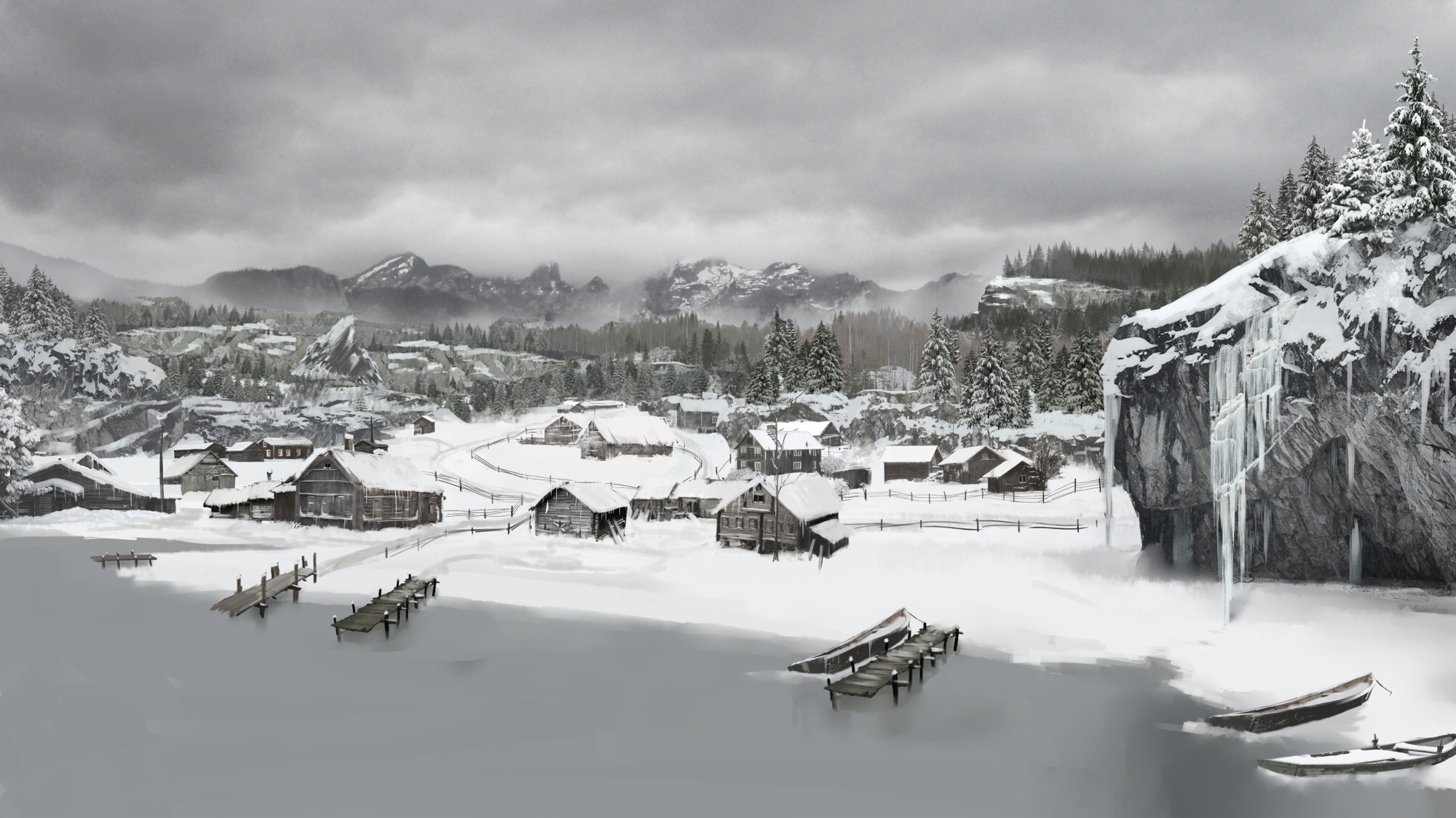 Concept art made specially for the Finland location

We introduce to you: War Thunder’s first winter tank location, to be available in game in an update soon!

Here, you will find yourself in the distant north, not far from Finland's modern Imatra, and Russia's Svetogorsk. It was there that fierce battles took place in the minus 40-degree frost, where even fuel tanks and fuel lines would freeze.

The first thing one sees from a bird's-eye view is a picturesque scene between two lakes. Conifer forests can be seen spreading all the way over the horizon. Cliffs covered in ice and snow wind their way around the terrain, as do simple log cottages and structures. 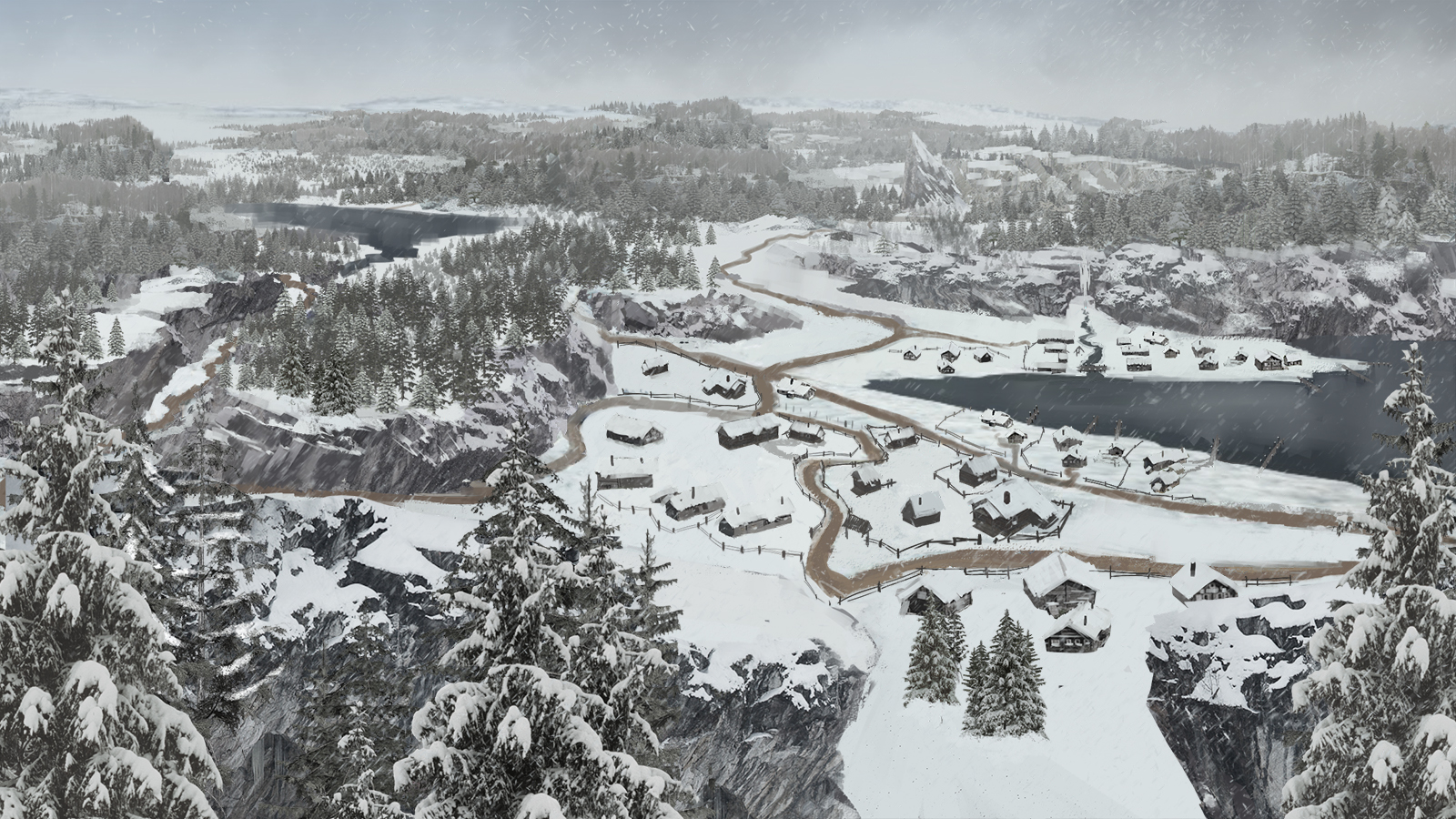 For the high level of detail required for the ground aspects of our in-game locations, there had not yet been any winter variants of the trees, cliffs, and cottage structures. Because of this, all of these things were specially modelled and implemented for the “Finland” map.

There are many areas in this map that will offer great opportunity for intense tank battles. One of these positions is a small abandoned Finnish village on the bank of a lake. While making your way along the ice floes, one should keep in mind the fate of the Knights of the Livonian Order, in April 1242. After all, falling under the ice is no fun at all. Therefore, you’ll need to pay attention to your tank’s weight, and the possibility of artillery or bombing strikes, which could quite literally take the ground out from under you. The chance of your crew surviving at these temperatures in fierce waters of winter are slim to none.

Winter camouflage will be very useful in this map. Although it may not warm you up, it will allow you to blend in perfectly with the surrounding areas. You’ll have to find your opponents by using the methods of the local hunters and trackers – following the tracks left in the crushed snow, and speaking of snow, even fast vehicles will have a hard time getting away from enemies in these harsh conditions.

Overall, the location offers a multitude of vantage points for snipers, and flanking positions for ambushes. This means that the capture of enemy points will be no easy task. One of the positions will be on a peninsula which can only be accessed via a narrow cape, or across the ice floes, and as you already know, the slippery path over the icy water can be treacherous.

The central position is located right in the middle, between the two lakes. Czech hedgehogs, and destroyed vehicles, demonstrate how dangerous this place can be, so be sure to pay close attention to the folds in the terrain while attempting to capture this point. On top of that, there’ll be plenty of rocks and other natural cover for you to take advantage of on this map.

The aviation side of this map merits another post entirely. Pilots will have to possess impeccable navigation talents. The air battles aspect of this map is 64 by 64 km, and it’s far from easy to find enemies with a background of cliffs, forests and land covered in snow. Because of this, the Finland location will be a new challenge for our aviators as well!