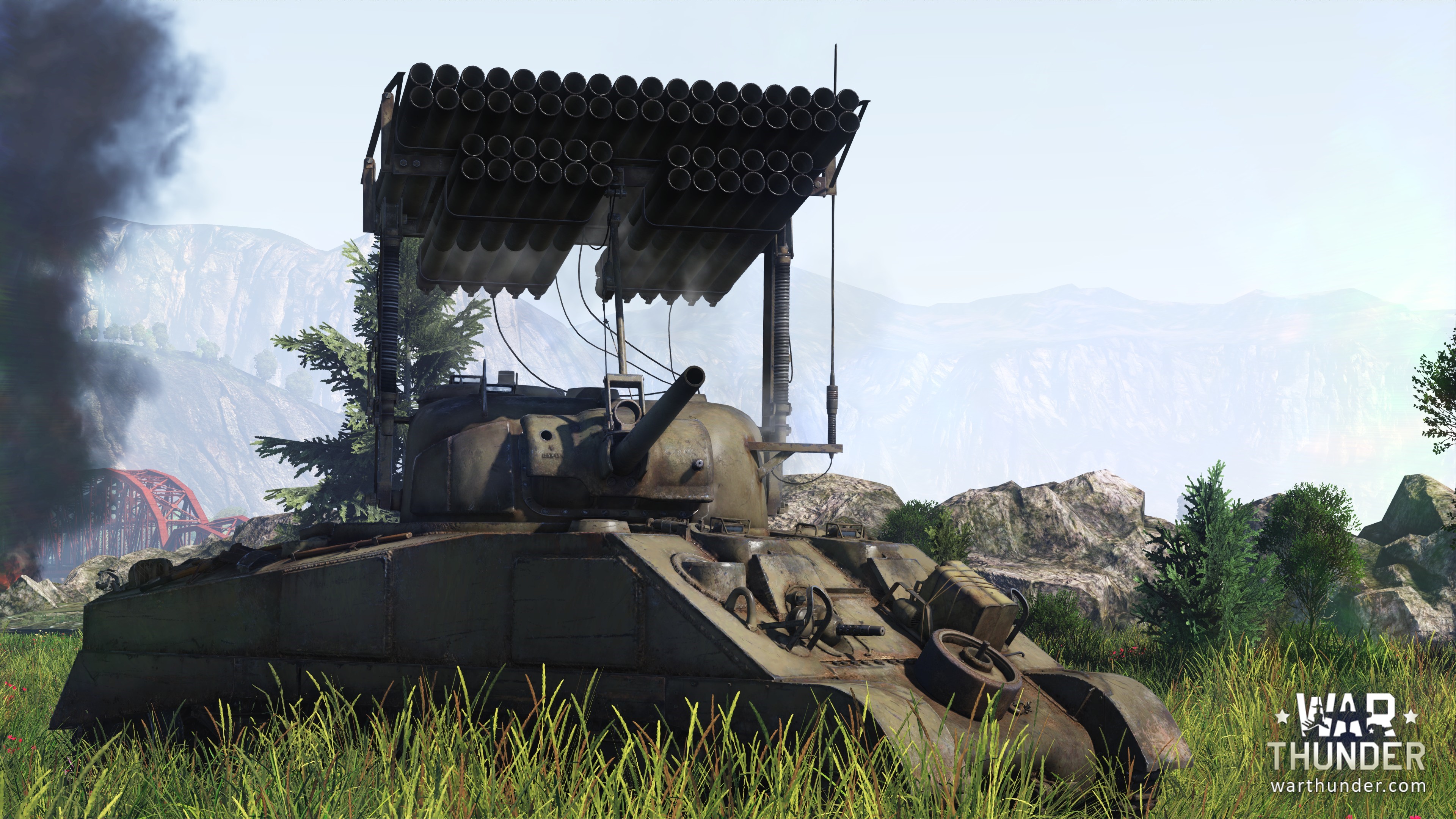 In the “Weapons of Victory” major update, we will be introducing a unique new vehicle - a multiple artillery rocket system! We have been working on these types of machines for quite a while and the first one will be the premium Callioppe Sherman which will join the second rank of U.S. ground forces tree.

Many tanks require a lot of additional effort from programmers, the Callioppe required even more. This MRLS needed big changes in the armament code. But now we can definitely say that after reworking and implementing the code for the Callioppe we can now introduce even more different and interesting vehicles.

This is our first experience in introducing a MRLS into the game. This vehicle has guide rails for 114 mm M8 rockets mounted on a M4 tank turret. This rocket launcher system allowed fire not only from a defilade position but also from point-blank range. In the early versions, the main gun could not be utilised until the rocket rails had been unmounted, in the game, we have a later version which doesn’t have these issues. So, once all the rockets have been fired, the Callioppe may continue to fight as a standard tank.