In the upcoming "Weapons of Victory" update we are preparing a huge surprise for all fans of British aviation. The research tree will be be updated with many variants of carrier-based fighters. We will show you some of them. 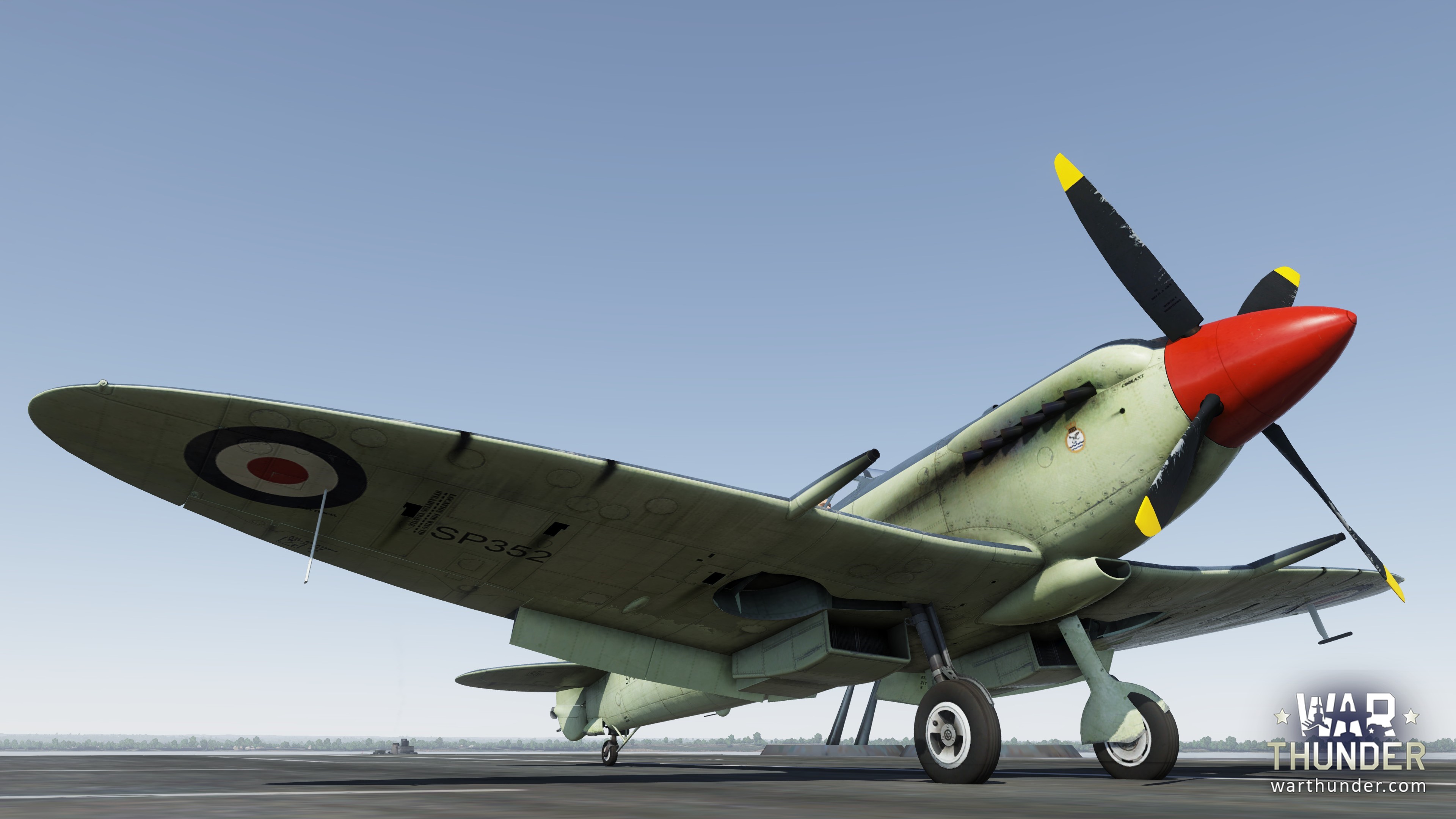 This aircraft awaits you at the fourth rank. Armed with two 20-mm British-Hispano Mk.V cannons with 120 rounds of ammunition per barrel and four 7.7-mm Browning Mk.II .303 machine guns with ammunition of 350 rounds per barrel. All the weapons are mounted inside the wings.

This version was the main "workhorse" in the Fleet Air Arm as a fighter of the Royal Navy in the post-war period until the 50s.

The Seafire Mk.XVII - is almost an exact replica of the Spitfire Mk.XIV, but with important differences that turned the land based fighter into a carrier based one.

Firstly, of course it has an arrestor hook mounted in quite an unusual way: the rudder was divided into two parts - the upper part, that could be deflected to the side (actual rudder), and a lower one, which slid downwards. The arrestor hook was mounted on this part directly.

Another important difference was the folding wing, which allowed the raising and lowering of the aircraft into the ship’s hold on a special elevator. The third difference, not the most important, but visually noticeable - was a safety frame ahead of the tail wheel so the arrestor cable would not catch on the rear landing gear. 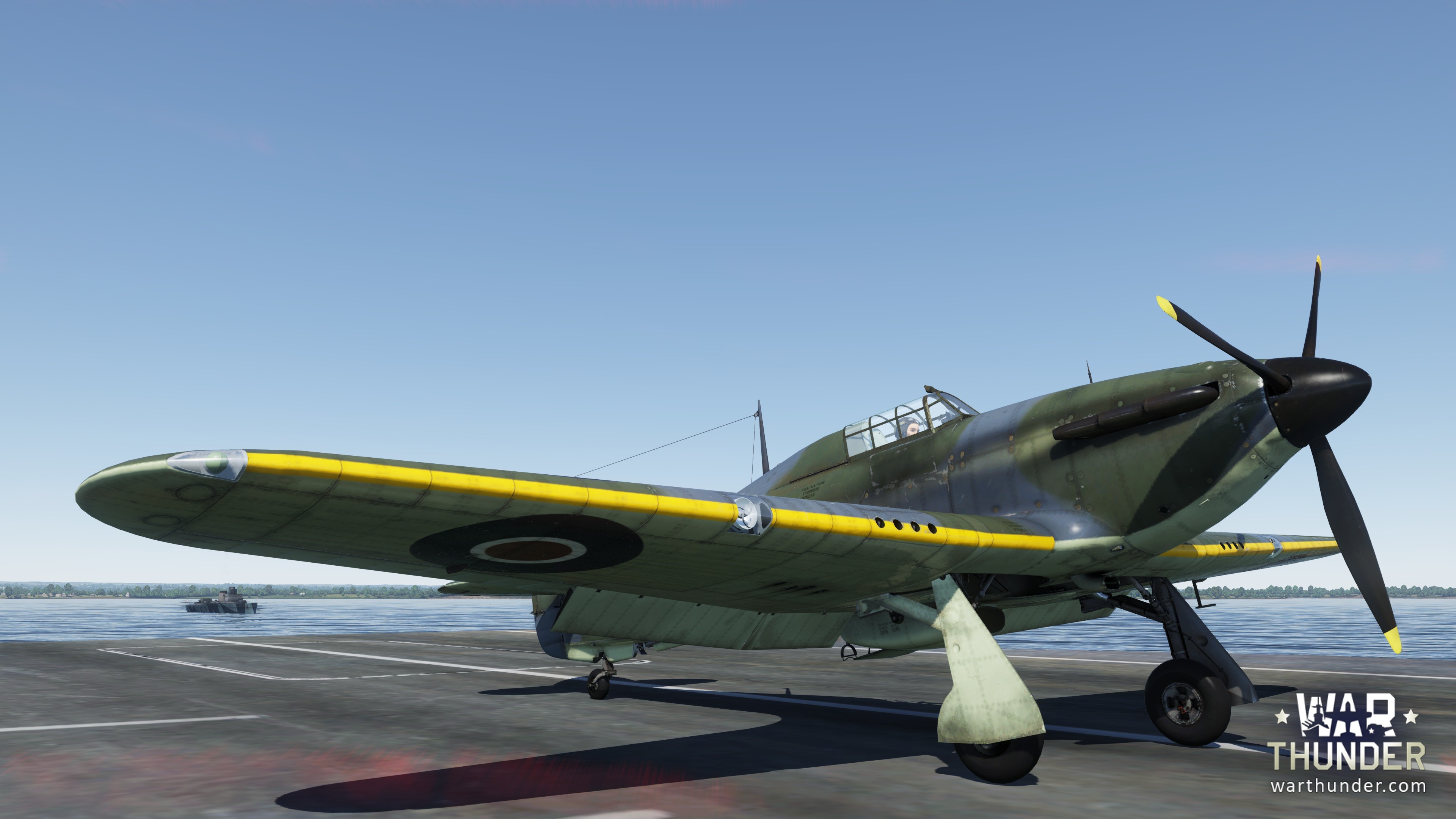 Available at the second rank. Has no bomb or rocket load, but has an impressive armament of eight Browning Mk.II 303 machine guns of 7.7mm calibre. The ammunition, for the nearest guns to the axis of the aircraft, is 338 rounds and the farthest is 324 rounds.

A conversion of the land variant to the needs of the Navy. To simplify and accelerate the design of serial production, the wings were not foldable. Also all of the major units were strengthened due to increased loads during operation on ships. 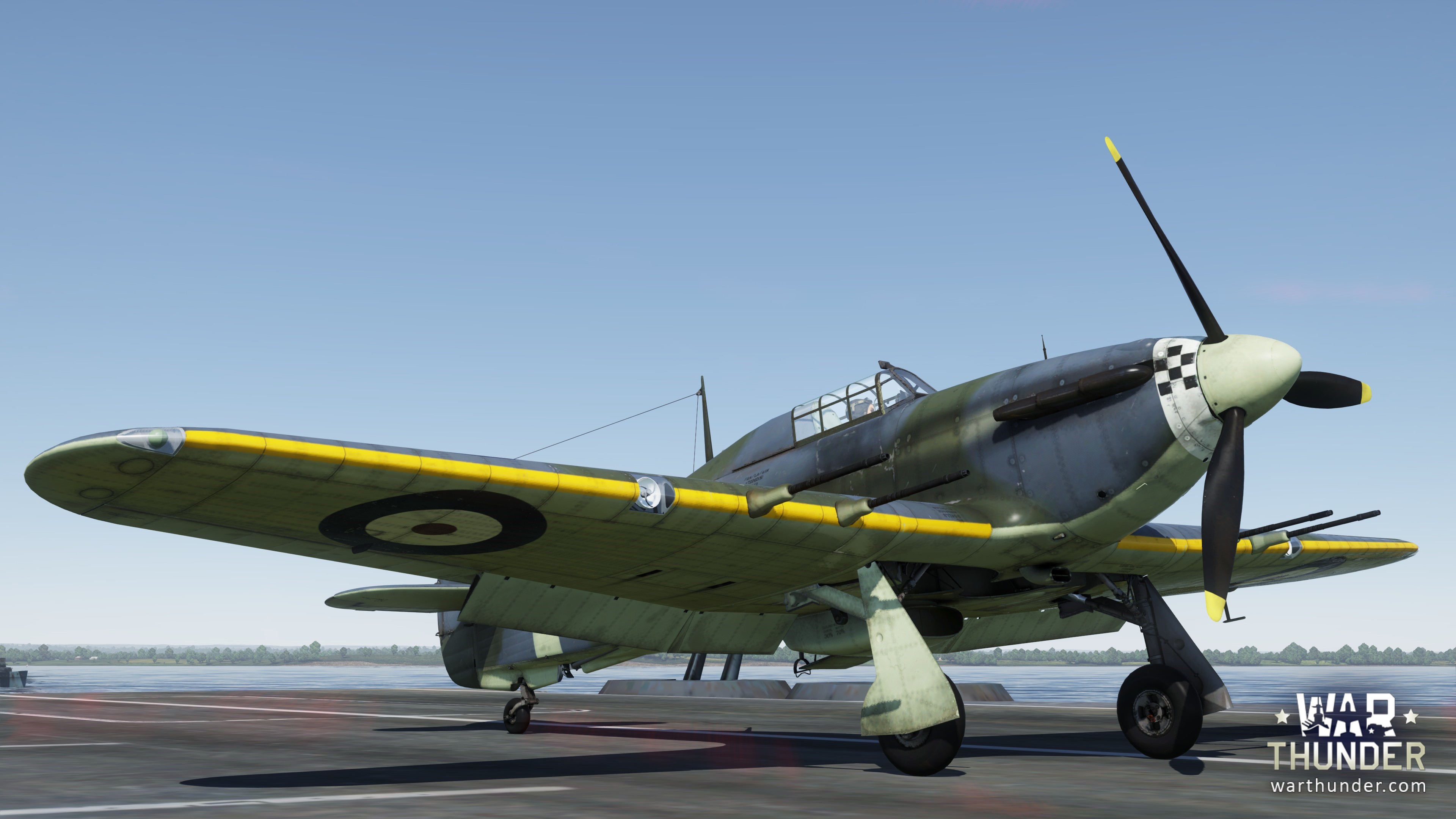 The Hurricane variant at the second rank with four 20 mm Oerlikon/Hispano cannons mounted in the wings.

This further development of the Hawker Sea Hurricane Mk.IB, but with cannon armament. Because of the increased weight from the weapons the speed of the aircraft was lower, but the loss of speed was compensated for by a powerful volley of shells, which, unlike rifle-calibre bullets, can easily destroy any enemy aircraft.

Instead of 8 machine guns it had 4 cannons mounted. Because of this, the access hatches to the cannons were changed - instead of 8 small shell injectors at the bottom of the wing there are 4 of increased size for the 20mm shells from Hispano.