Today we will introduce to you two new vehicles, perhaps the most interesting aircraft that we are adding to the british tree in the upcoming "Weapons of Victory" update. A Seafire FR.47 with a unique “contra-rotating” propeller, which neutralizes the flow “swirl” effect which is present in other single-engine aircraft where stability and torque effect is not so critical. We'll also show you a Sea Fury FB 11, which was one of the fastest production piston aircraft in existence. 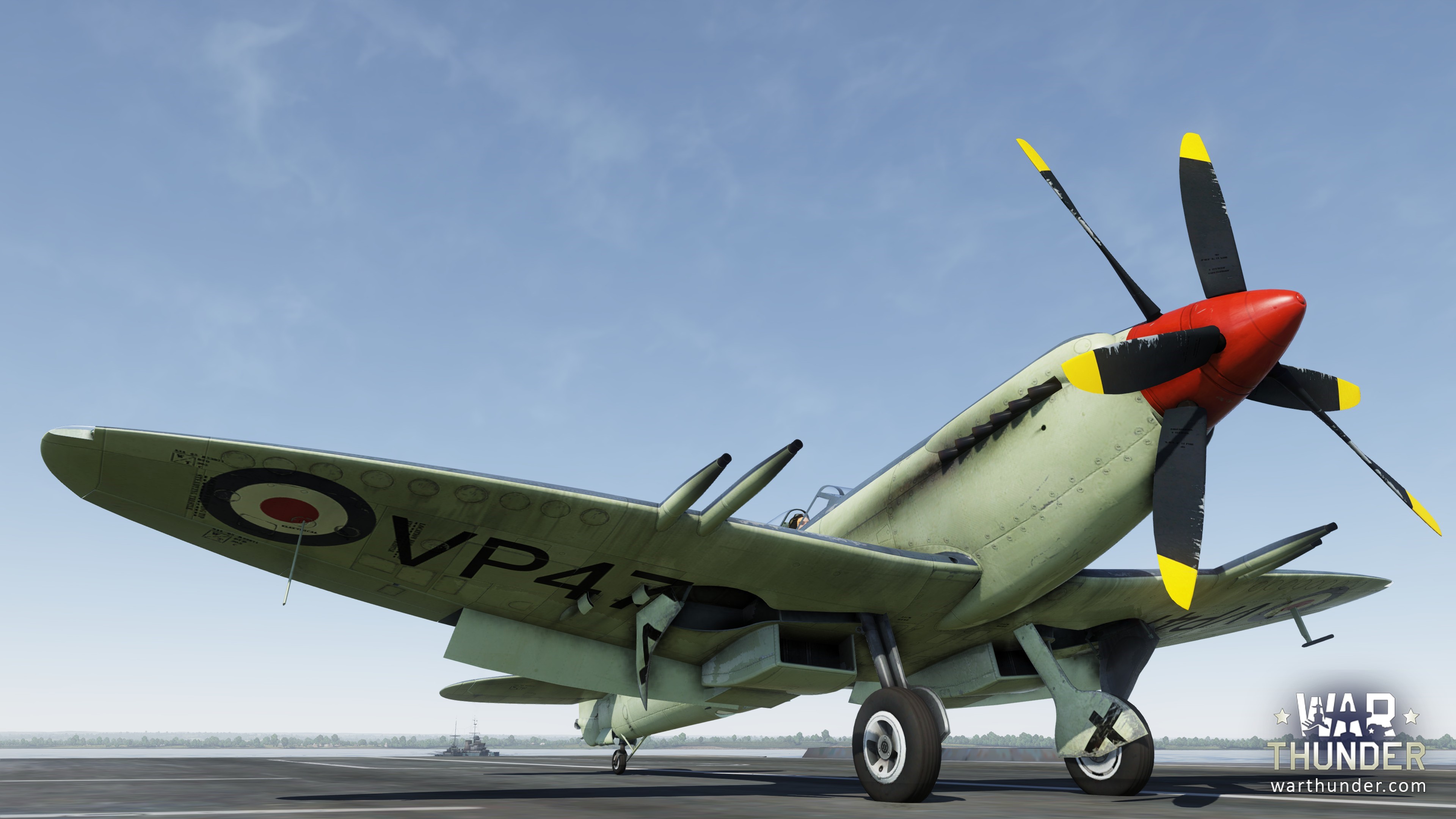 Another aircraft of the fourth rank. There are four 20-mm British-Hispano Mk.V cannons with ammunition of 120 rounds per barrel (internal) and 110 rounds (external) on the wings. It is possible to mount 500 pound (227 kg) bombs under each wing. It also possible to attach Mk.8 or Mk.9 rockets, in twos or fours for each wing.

The final and most highly rated model for the Seafire. The main feature of this fighter is two coaxial propellers that rotate in different direction - this will be the only aircraft with a propeller of this design included at the moment. 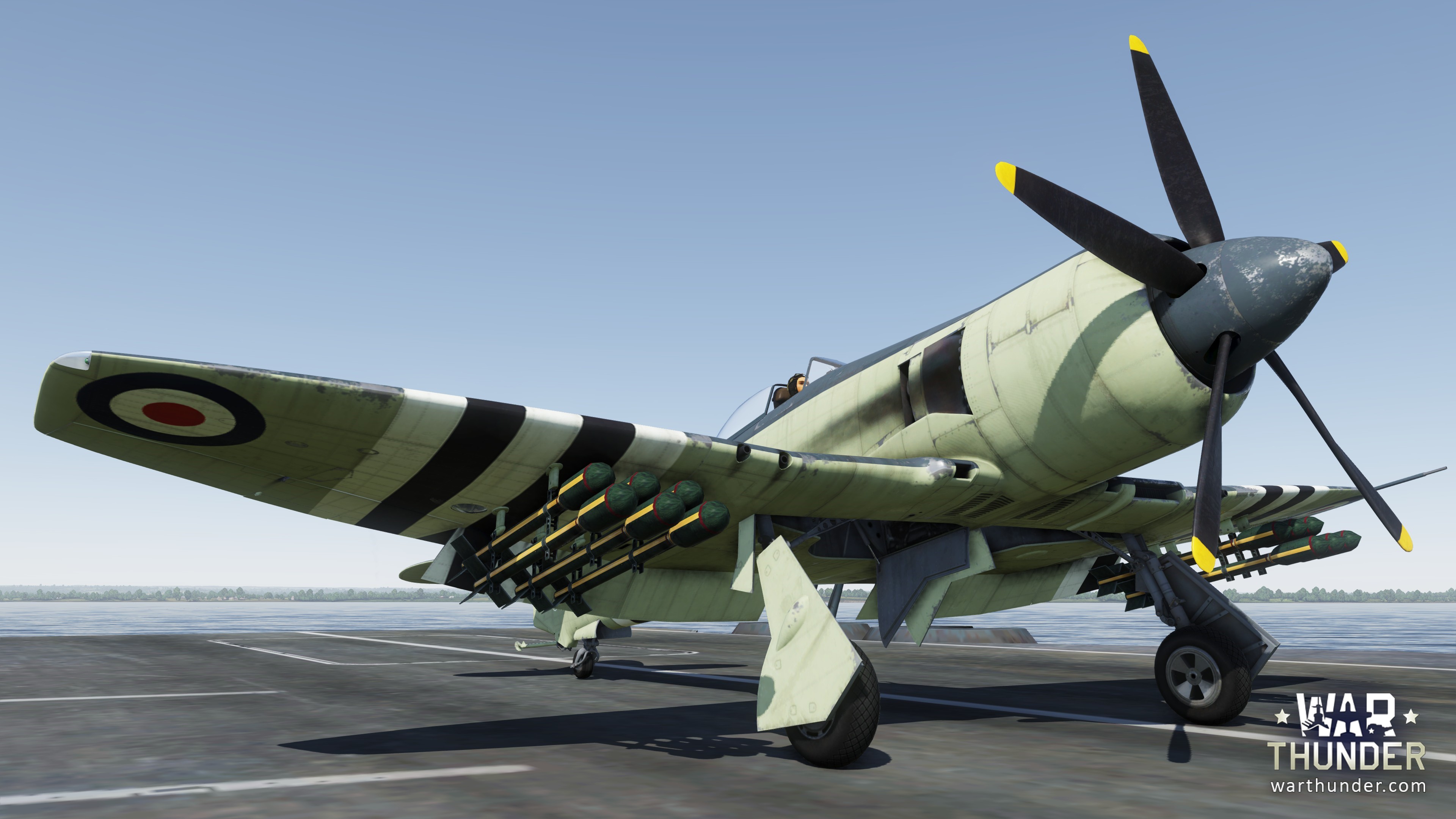 The Hawker Sea Fury was the last piston engined fighter used in the Royal Naval Fleet Air Arm, in addition, one of the fastest production piston aircraft ever built. It could only be this aircraft and nothing else that should close 4th rank of carrier-based British aircraft and to be the last step before proceeding to carrier-based fighter jets.

This aircraft has unusual cooling flaps. The did not open wide like the ones on other aircraft with air cooling, but instead slide forward and backward.  The information about this aircraft is pretty poor, so it took us some time to understand the operating principle of the flaps. Our consultants had to do a full-scale research and we eventually found out for certain that the flaps operated like a slider.