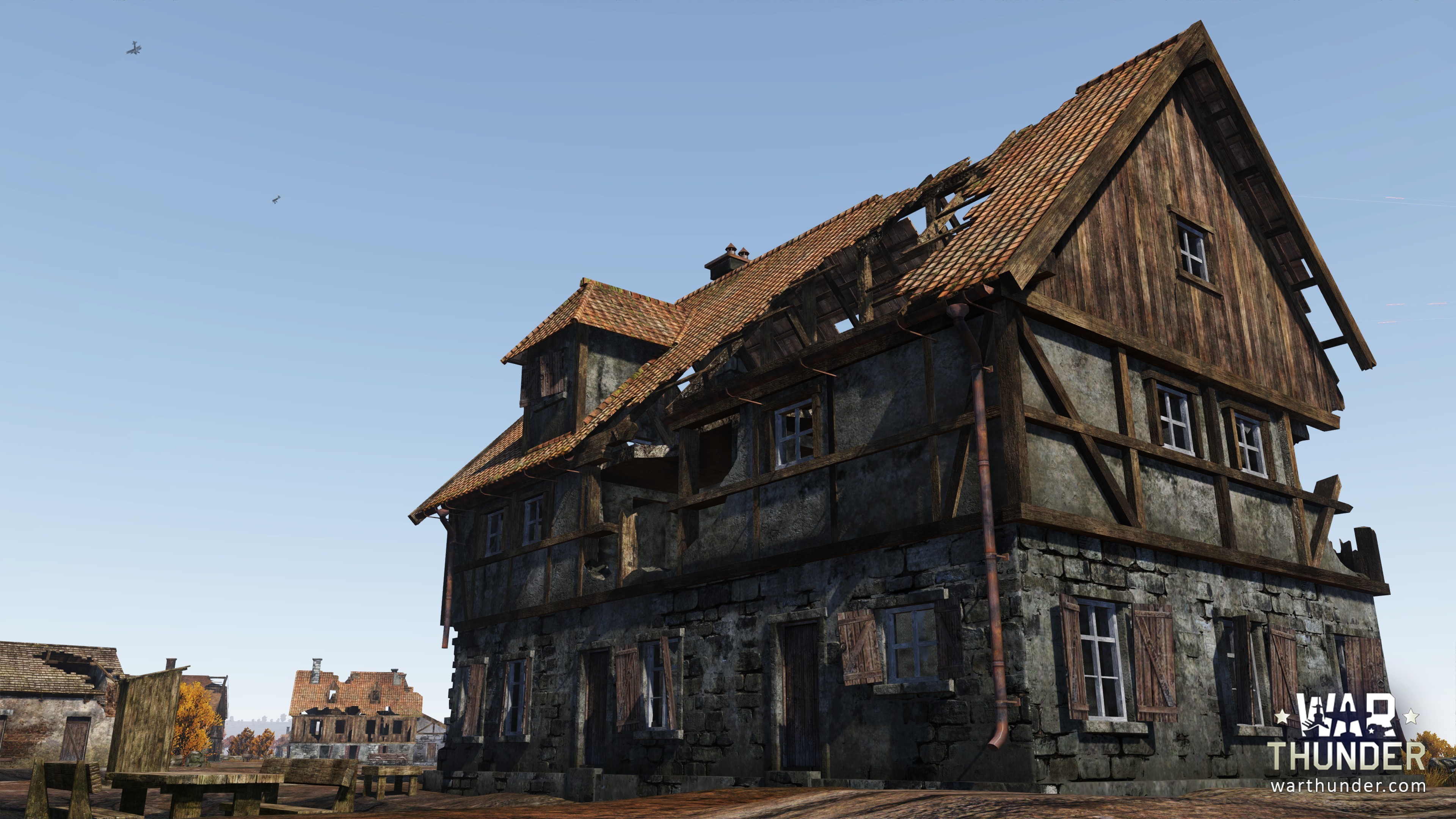 The longest conflict the US army ever participated in entered the annals of history as the Battle of Hürtgen Forest. The operation that lasted for several months was intended to tie up the German forces to stop any reinforcement to the North and also to capture the frontlines from the flanks.

War Thunder are proud to present a new historical location which reflects this grandiose conflict that took place in Western Germany.

So what will players see in this location? A beech forest dressed in red and gold, surrounded by hills and indented with dangerous mountain streams and rivers.

The idyllic village is surrounded by neat fields and cropland. There is a war on after all, and as a result of the fierce fighting, the countryside cottages gape with holes from many days of bombing and artillery shelling.

The allies must drive out the entrenched German forces at the village of Vossenack, but it won't be easy. The enemy may be hiding in any ravine or behind any bush, rock or ruin.

At the height of a bird's flight a fierce battle rages in the sky. Aircraft have access to a 64 x 64 km area. The size of the ground based combat is sufficiently large – 4 x 4 km of peaks and valleys: forests, fields, rocky riverbanks and rural ruins. The location provides a multitude of possibilities for maneuvering. The map has places to turn and use alternative routes to flank the enemy. It has numerous open spaces and plenty of sniper positions to overwatch them.

Please note that this location is still in development, and the screenshots shown may differ from the final version of Hürtgen Forest.