What is bug reporting?

We constantly strive to evolve and improve War Thunder with every passing update, taking into account your feedback, ideas and suggestions as well as delivering new features, locations, improvements and of course vehicles to expand the game to new heights.

One of the key factors that helps us to keep improving the game for everyone is bug reporting, this helps us to identify and fix any issues that unfortunately may occur. Bug reporting allows us to address and resolve matters that may interrupt or interfere with players experience or improve the historical parts of the game by making things more accurate and true to life.

Today, we wanted to talk a little bit more about the importance of bug reporting, answer some of your key questions and also show how to correctly create a valid bug report that contributes to helping improve the game.

How to make a report

Anyone who has a War Thunder account can register for the forums and make a bug report. The Bug Reporting area can be found inside of the Technical Subforum along with the Suggestions area and Community Technical Support. Once there, you can choose what specific type of bug or platform you want to report the matter too.

You can also find helpful videos that explain the reporting system and elements within them, such as Client Log Files (or Clogs for short) such as this one: 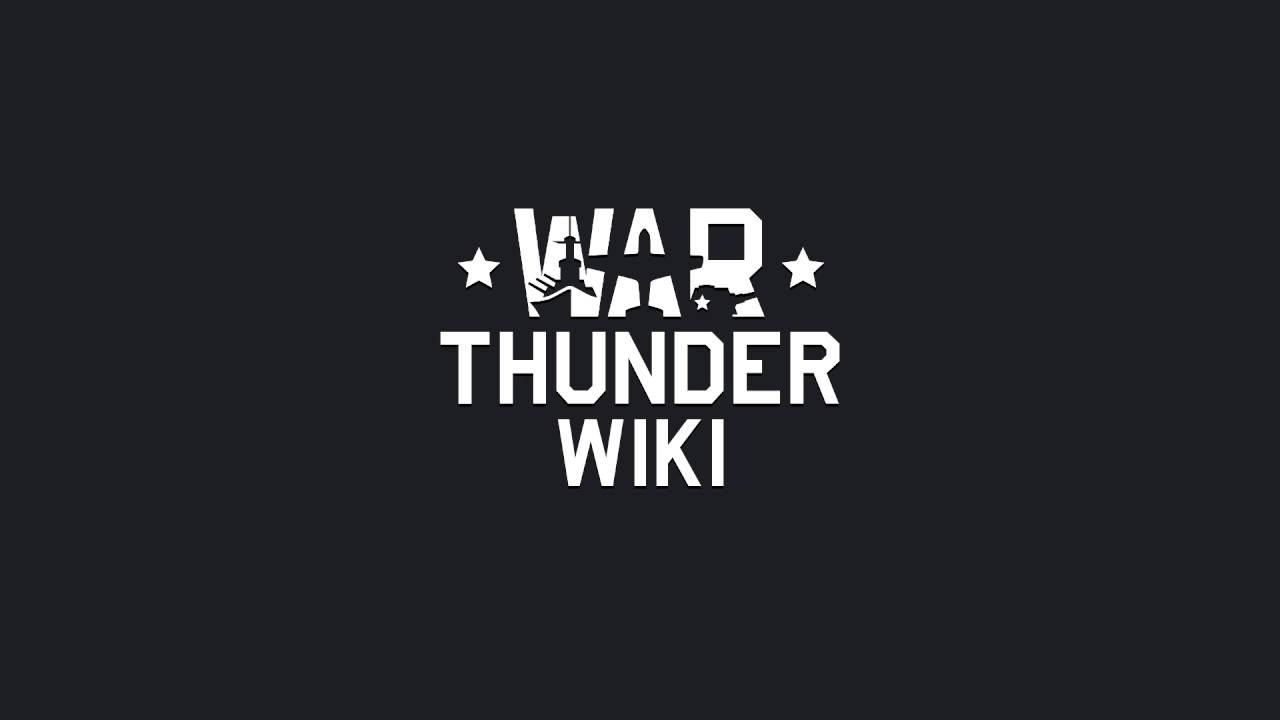 Once you have located the appropriate area, what do you actually need? Every area has a helpful pinned topic fully explaining in detail what is required and where to find it as well as guidance on suggested formats and how to create a report.

In general though, the basic and core parts of a standard or gameplay related bug report are:

In the case of a historical matters one of the following two points will be required:

Once you have everything ready, you can submit your report and await its review by a Technical Moderator, who will first test and reproduce the issue where possible and then either forward the matter on or request any additional information that may be required.

We actively encourage well made and high quality Bug reports as these not only help us to solve matters faster, but improve the game in general for everyone within the community. We also fully appreciate those that regularly submit bug reports and the dedication they show to the game and its development.  Most importantly, we wish to recognise those who submit extremely high quality of reports, taking into account the difficulty in finding the issue and its importance to the game overall, over sheer quantity of reports made.

Beginning very soon, we plan to introduce the “Active Bug Reporter” program to the forums, where those who regularly submit a number high quality bug reports will be selected and invited to the group and receive a Golden Eagle reward as well as additional benefits on the forum a result. This will be decided on a periodic basis after reviewing those who positively contribute both reports and support to the community.

Benefits of being an Active Bug Reporter

In addition to the above, those within the active bug report program who show extraordinary commitment may be considered for invitations to the Technical Moderation team.

Q. Nothing ever gets fixed! Why should I make a bug report?

A. Bugs are actually worked on and fixed on a daily basis. You can see from the Changelog section just how frequently we have minor bugfix and improvement updates in the changelog section, ranging from vehicle corrections, to stability and performance improvements and more severe crashes and niche issues that can be deployed several times a week or in slightly bulkier updates all at once. Quite a lot of issues can actually be very specific to either a handful of players or a sectioned group, thus quite a few fixes may be missed or simply ignored because they don't apply to certain players, so their value is not appreciated. Not only this, but Major updates also come with a plethora of fixes of all sizes. Not a single major update goes by where there are not many corrections, fixes and improvements to all areas of the game, some of which you may not even notice unless you really have an investigative eye!

Q. I made a thread on Reddit, posted on War Thunder Live or Social media, why didn't you fix my issue?

A. Posting a topic, short clip or video of an issue may well be sufficient for making other people aware of a matter and how best to avoid it / not experience it, but it's never a good way of trying to get a matter actually fixed. Videos and clips often don't show the whole story, can be easily manipulated/taken out of context and also don't actually show or describe what exactly caused the issue or its source. It does not help anyone actually identify the root cause of the problem or how to solve it. For that, in most cases the Clog file and Replay are invaluable resources that are absolute musts for getting an issue resolved as they contain all of the necessary information (in most cases) needed to fix the matter. Clog and Replay files are extremely fast and easy to obtain within the games folders and more often than not, in the time it takes to make a post discussing an issue, that same time could have gone into a valid bug report that can actually get the matter fixed. Beyond this, some issues simply do not reproduce and may be limited to a group of players/conditions/circumstances, so just showing/discussing the issue often is no use at all. If a matter has not been correctly reported via a bug report, it's very unlikely it will be resolved.

Q. I need help/assistance creating my bug report, what can I do?

A. In addition to our tutorial videos, you can contact any Technical Moderator on the War Thunder forum who will be able to provide assistance and support through the process and any questions you may have. We also have full text guides in every section and will very soon have comprehensive and full guides on the War Thunder Wikipedia!

Q. Why does my specific issue take so long to get fixed?

A. That would largely depend on the specific case or bug that's been reported, however there are a few important things to note. What can often seem like a “minor” bug that seems quick to fix, may be a more complicated code matter that is not at all visible to the average player. It's also not uncommon for matters to be interconnected with another line of code or when one thing is fixed, it may have an unforeseen impact on another element that needs even more time to review and correct. Some matters can simply be far more deep and problematic than they may ever appear to be on the surface.  Regarding more complicated historical matters, with over 1500+ vehicles in game now, each modeled to extremely high levels of detail and sophistication, War Thunder has a scenario completely unique to any other game available. Every vehicle has a range of source material, archive documentation, real examples (in some cases where there are surviving examples) as well as publications, videos and a whole host of other mediums that can all conflict and contradict each other. As such, when a historical matter is raised, often that is then followed behind the scenes with more research, validation, museum trips and other methods of ensuring the correct and most reliable information is used. This can of course take some time given the complexities of such matters. Every report is however given the same level of attention.

Q. This bug happens to me a lot, why did nobody notice this?

A. It's not uncommon for new  issues that did not even occur in testing to appear on dev server / production versions of the game. Certain conditions, player numbers, unknown occurrences and also the fact of each player in some cases having a completely different hardware, network, platform, location and whole host of other different variables to another player mean some matters simply cannot or will not reproduce during testing and are never occured in the first place during testing. Some matters don't exist in some versions of the game and do in others, different servers and every change has an effect on every single element of the game, thus there are so many variables that could occur that it's impossible to ever account or even experience everything before someone else may. That is why correct bug reporting is so vital.

Q. Why was this issue stated as fixed, but still happens?

A. More often than not, when something has been fixed, it's very unlikely the exact same version of the bug occurs or will come back. Due to the very nature of the game and its complexities, it is inevitable that some issues can occur as a result of other changes. Other times, it may appear similar, but be a different matter altogether.

Q. I don't quite like “this” part of the bug reporting system, can you improve it by doing “this”?

A. The bug report system has evolved over time not only with the game, but also based on feedback and years of flowing reports. We always seek to improve the system and make it as user friendly and easy to use as possible, whilst also keeping the bare minimum steps required that we need to make a report valid (such as Client Logs, Steps to reproduce, Version number - all very important things). Please feel free to leave your feedback, ideas and suggestions in the comments or in the “Forums/Website” area of the Suggestions section.

Commenting is no longer available for this news
Rules
_SoundOfSilence_
0

I have already submitted 5 different bug reports today. Could someone who has access to the relevant historical documentation please please please submit a bug report for the incorrect name of the Hornet Mk.III British heavy fighter. All sources I have seen so far show the name as the Hornet F.3. I cannot find a single source ever officially referencing it as the Mk.III.

I would even accept the name 'Hornet F Mk 3' (in keeping with the nomenclature used for the Spitfire F Mk 22 and Mk 24), but definitely not the Roman numeral III.

ok so i found 2 major bugs in the F4C 3D model? how am i supposed to report those? and how can I be sure if this would be fixed anytime soon?