Battle of Britain
15 September 2016 Special
Attention! This news was published on the old version of the website. There may be some problems with news display in specific browser versions. 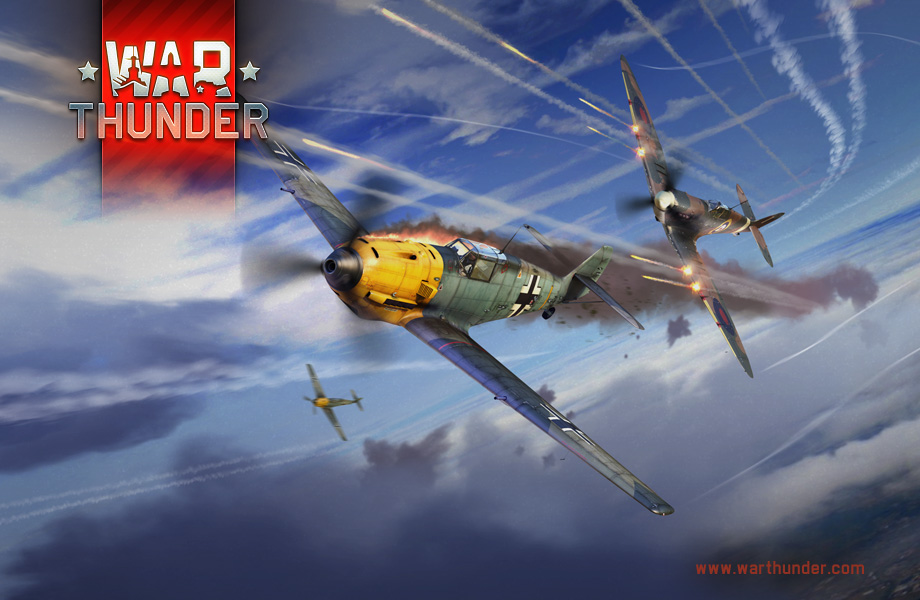 September 15th marks Battle of Britain day, one of the largest and final all out attacks by the Luftwaffe in the Battle was a last ditch attempt to draw the RAF out en mass, and keep the British on the ground once and for all.

Throughout August, the Luftwaffe had relentlessly bombarded British airfields and radar stations, as well as many other key assets, in the hopes of rendering the RAF inoperable and paving the way for the German invasion of Great Britain, codenamed “Operation Sea Lion”.

After an incident on August 24th, where bombs were mistakenly dropped on London, the RAF retaliated by Bombing Berlin. What followed from September 7th onwards would be known as the “Blitz” and was pivotal in turning the tide against the German air force, where the Luftwaffe switched from bombing key RAF assets, to large scale raids over London and several other cities. This gave RAF stations and airfields time to regroup resources, repair damaged runways and aircraft and collect themselves to go right back into action.

Battle of Britain day on September 15th saw over 1500 aircraft meet in the skies. A last effort attempt by the Luftwaffe to deal, what they thought would be, the “final blow” to an RAF perceived to be on its knees and at the brink of collapse. The deviation from attacking RAF targets at the start of the “Blitz” however ultimately ensured that the RAF was very far from on on brink.

The battle proved costly for both sides, in military terms and in civilian casualties. The effect on the war however was far greater. Operation Sea Lion was abandoned days later and Britain had managed to bring the German Blitzkrieg to a halt for the time being. Whilst it did not bring about the immediate conclusion of the war, Battle of Britain day and the events before it had dealt a major moral blow to the Luftwaffe and especially to its high command. Miscalculations and underestimations were made on both sides of the Channel, but the conflict would go down in history as one of the most significant air battles ever.

Premium vehicles at a bargain price

We have prepared a special offer for you this weekend – a special bundle with a 30% discount dedicated to the Battle of Britain.

The final price of the bundle will depend on whether you already have some of the packs or not. Be sure to login to the store to see your individual price!

Upon purchase, you will receive the included vehicles, a sum of Golden Eagles and Premium Account time from packs that weren’t deducted from the bundle price. Note - owning a vehicle from one of the packs alone will not be counted towards the price reduction. You have to own the whole pack as described. You can check this in your purchase history.

Participate in our 'Battle of Britain' specials, achieve consecutive victories and your selected nation’s trophy.

The unique pilot icon of Eric Lock and the “Defender of the Realm” title  can be gained by completing three tasks for Britain and Germany.

For each completed task you will receive a Battle Trophy which include one of the following items:

Commenting is no longer available for this news
Rules
NincomBoom_0507
12

Stona_WT, are these new maps and are they not available in the random battle rotations?

I agree, I wish they would have historical battles regularly at RB level. They are my favorite in warthunder. I miss the old historical battles where you didnt need points to spawn. You could take a plane or a tank. I wish would try a EC battle that was in tank RB mode. That would be so badass!!!

Devblogs about Battle of Britain ? C'mon :|

DevBlogs would have been nice, I agree!

The full bundle is out of research of the average player, I would have bought one of the packs if they were done individually, my wife would go nuts if I dished out that much on some virtual planes! The odd £20 here and there goes un-noticed ;)

Mate, you can buy each of the four planes in the bundle as seperate bundles, if that's what you meant.

Will those four planes be available at a discount individually? $73 is still a lot of money for me to dish out for the whole pack.

Early November, everything is half price

Oxygen_Thief, Still need GE (and SL) to get it. Best time to get the GE here and those units you cannot get with GE

So if I complete the 3 tasks using brits OR germans, will I get both the title and the icon?