Sturmpanzer IV Brummbär – The High-Calibre Grouch
20 July 2016 Development
Attention! This news was published on the old version of the website. There may be some problems with news display in specific browser versions. 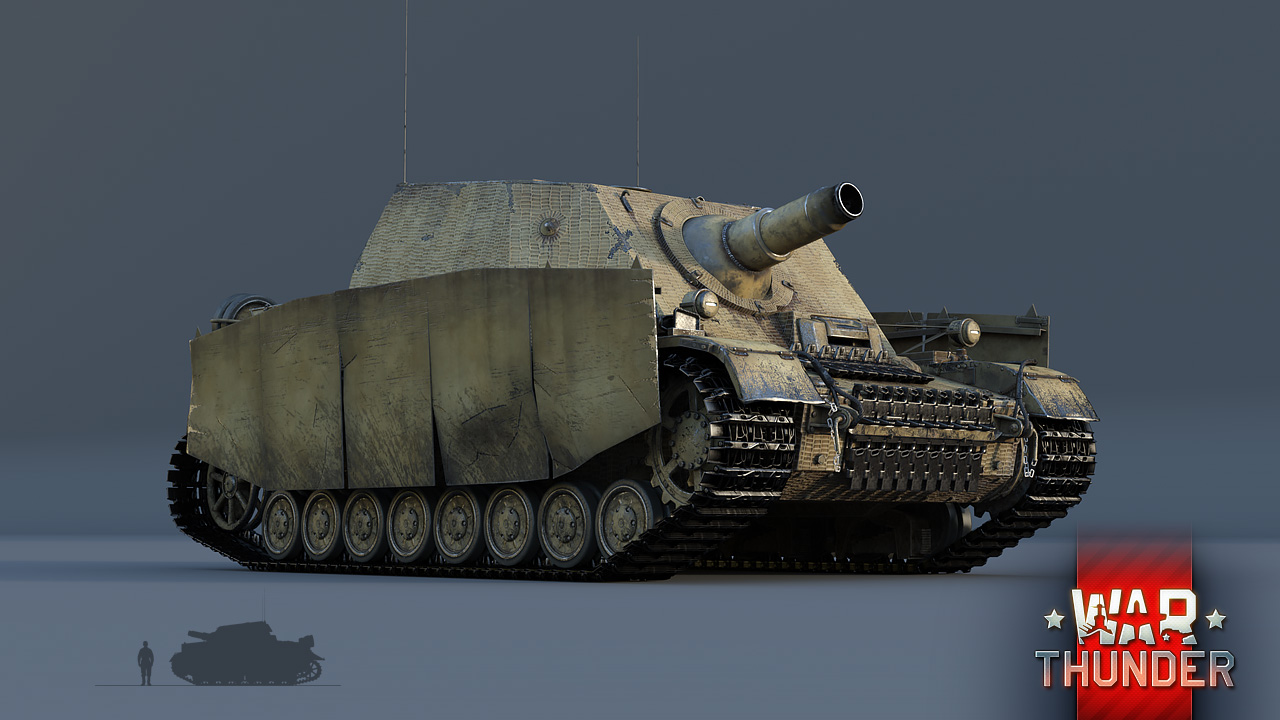 We are pleased to present a new German self-propelled gun - the long-awaited Brummbär, coming to hangars in the next major update in War Thunder.

The Brummbär (German - "grounchy bear") is a self-propelled gun on a Pz.IV medium tank chassis, created to directly accompany infantry in urban warfare and to destroy fortified structures. The SPG was produced from 1943 to 1945 and took part in battles on both the Eastern and Western fronts. Advancing in battles alongside storm troops, the Brummbär suppressed firing positions and destroyed sniper and machine gun nests with the help of its monstrously powerful gun – the 150 mm Stu.H 43 (L/12) howitzer. The Brummbär’s excellent armour protected it not only from bullets and shrapnel, but also from anti-tank guns – the armoured frontal projection reaches 100 mm in thickness at a reasonable sloped angle. 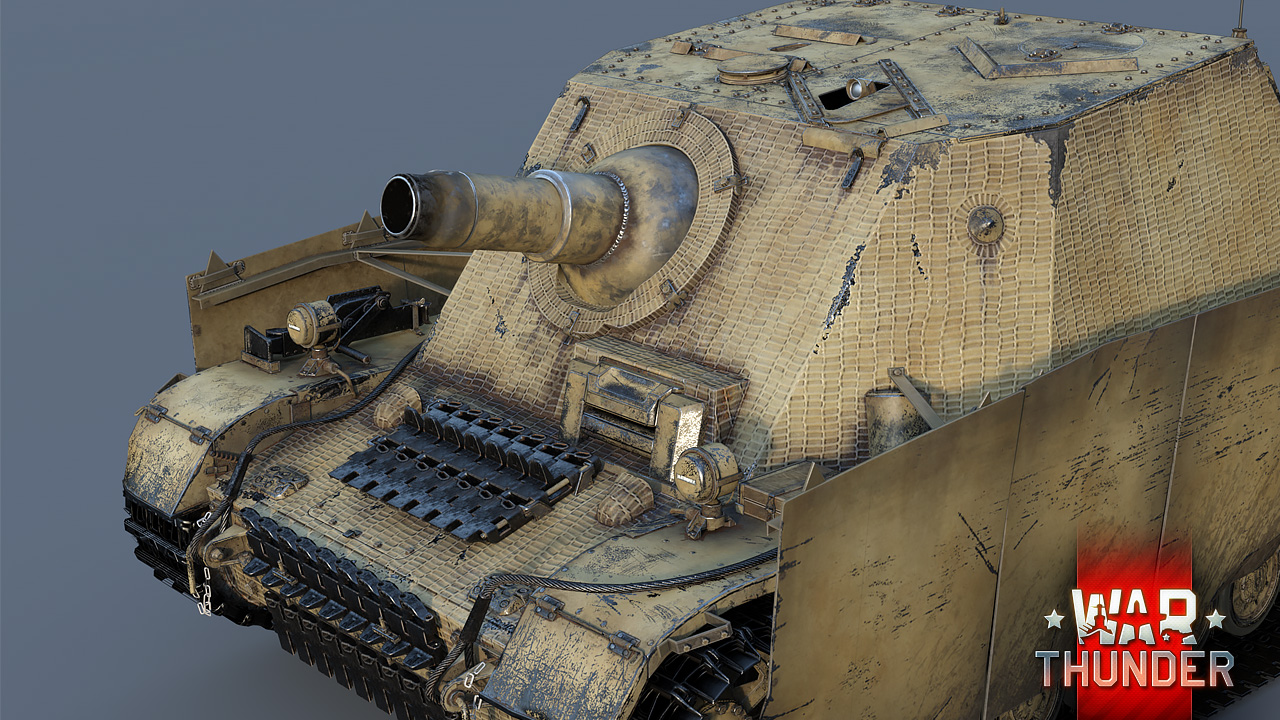 The military classified this tank as a ‘storm tank’ (Sturmpanzer), which is how it received its unofficial nickname of ‘StuPa’ among the troops. It was the Allies that dubbed it ‘Grouch’. In its various production runs, it used the chassis from the Pz.IV model E, F and G tanks. The cabin underwent significant changes and the SPG was given add-on armour in the form of screens on the sides of the hull. The Brummbär used special tracks designed specifically for the war on the Eastern Front. No armour piercing ammunition is included in the list of shells used, since the vehicle was not designed for jousting other tanks, however it did use the powerful 38 kg high-explosive shells and hollow-charge shells.

In War Thunder, the Brummbär is very similar to the ISU-152 Beast Slayer in its gameplay: it has similar armament, a similar calibre, comparable speed and invokes a similar sense of fear in the opposing team - however, there is an interesting fact - though its shells had less projectile mass, they had more explosive - 8.6 kgs against 5.9 kgs of the ISU-152 shells. As has already been noted, the front of the SPG’s cabin is very well armoured, but you have to take good care of its sides and rear: the side armour thickness is 50 mm on upper works, 20 mm on the hull and 20-30 mm in the rear. 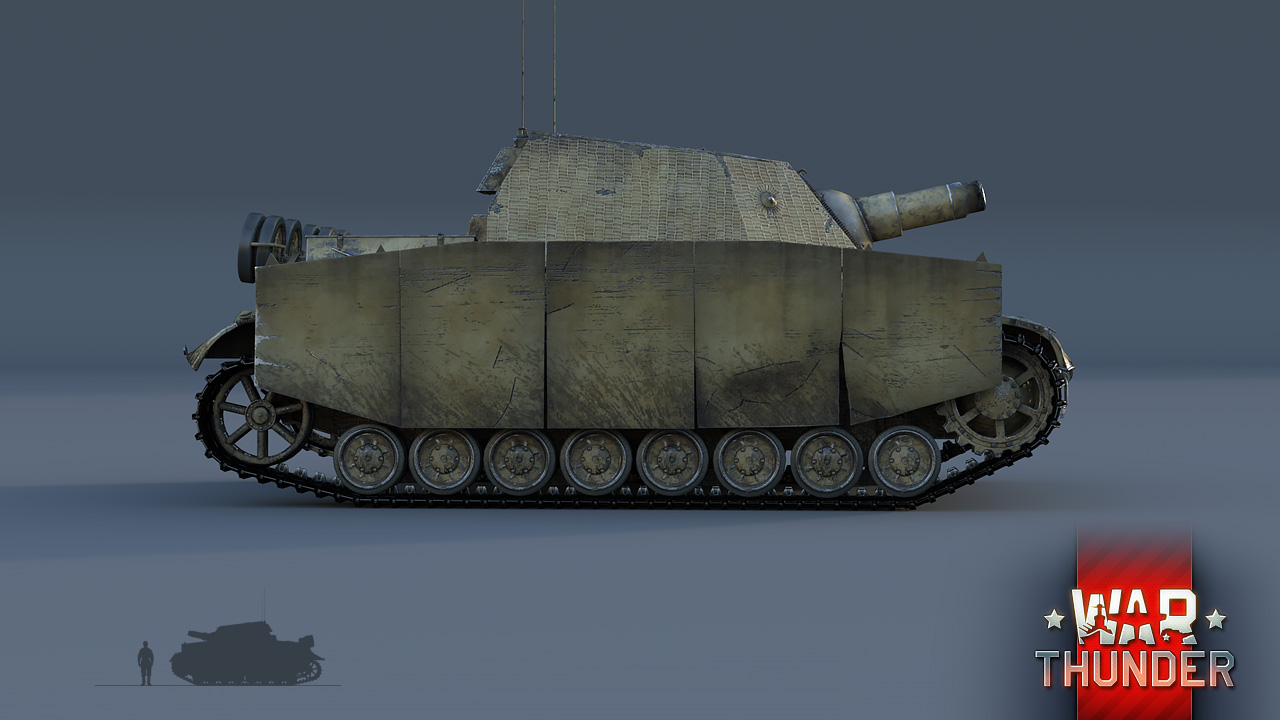 The high calibre of its howitzer and the heavy shells require the gunner to use high lead angles, but a direct hit from one of its high-explosive ‘gifts’ deals simply catastrophic damage, as a rule sending any opponent back to the hangar with one or two hits. Its ammunition complement of 38 shells is enough for any battle, even the most active. 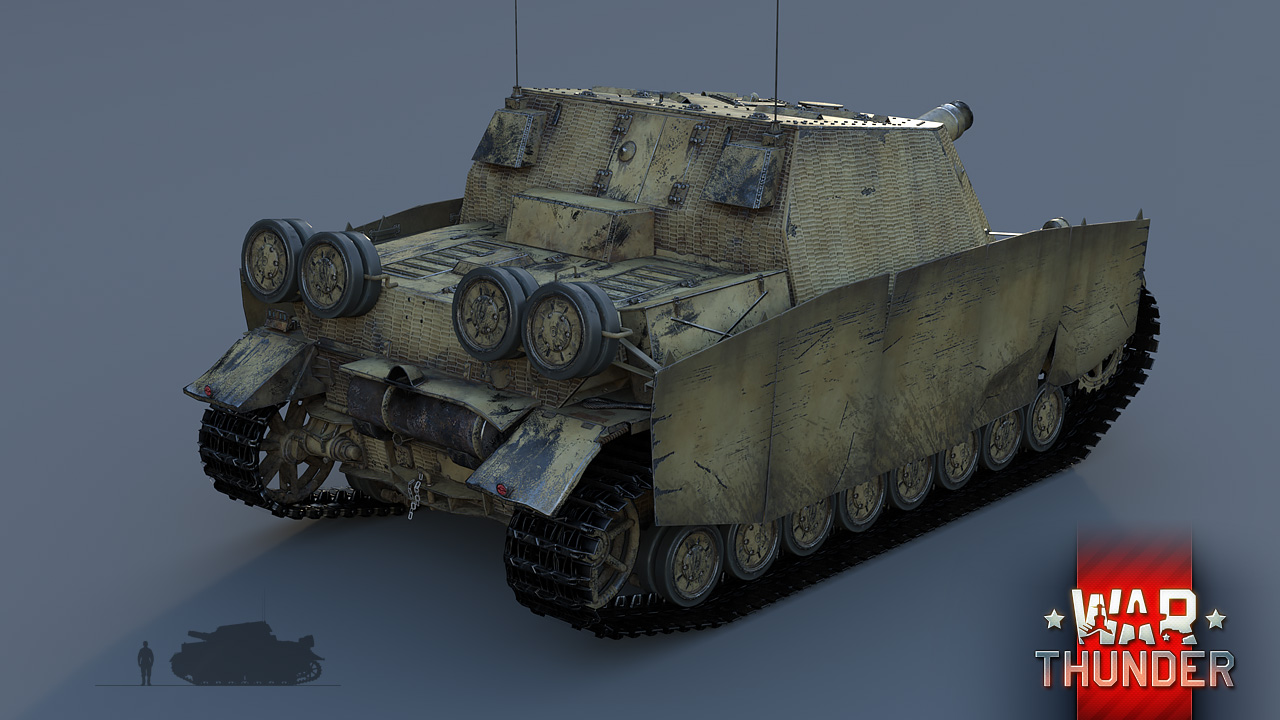 The Brummbär will be a rank three Premium vehicle in the German tech tree. You'll be able to take the Grouch into battle for youself very soon in the nearest Major Update in War Thunder!

Commenting is no longer available for this news
Rules
ThugStug
85

Why do they keep adding premiums? We dont want premiums.

Yes, how dare gaijin try to make money in their free game!

More than 300 made = premium. The commander variant should be premium, not the serial production variant. This is what makes me want to quit the game. This New premium policy makes no sense.

Can_s, you do not seem to realize that you cannot have a premium Rank V or a Rank IV Maus.

1.60 Premium Edition incoming. So you put unique tanks as Premium, but some some modifications of modifications in the tree (things totally useless which could be Premium). I see where the game is going, and I really don't like it.

they always have added premium vehicles, is nothing new, you just want everything for free

FlygareXV, Sure mate. I never paid anything for this game. When you'll have a better argument you can come back, instead of saying "I want everything for free". Everyone here wants things for free, that's why Gaijin is still a company. Sure.

"The SPG was produced from 1943 to 1945 and took part in battles on both the Eastern and Western fronts." That would mean hundreds to thousands of these tanks were produced. And yet it's premium? A mass produced tank that very many people would like to see in the regular tech tree, is still premium. I understand Gaijin is a company, and needs to make money, but this is ridiculous. Perhaps if there were different variants, add some of those as premium, and put one in the regular tree.

I totally agree! Like with the Do 335. That makes it fair. Have a prem for people who want it and have at least one in the normal TT.

MustangIsBoss, the same happend to the h8k3 ppl complaind a second one came simple as that but its gaijins game they decide

Actually 306 were produced. But still, shouldn't be premium (but at least use the correct arguments instead of pulling massive numbers out of nowhere)

Gj do not understand your politic of "premium" vehicles for price a TOP-AAA game, ITS CRAZY, when virtual addon of premium vehicle cost 30€-50€ or more

STOP BUYING THEM and they will stop forcing you to buy only making premiums because they make so much money from them off of suckers who schill out without any discrimination.

Corsius, What stop financially supporting the game the devs need a place to sleep you know

Why is this a premium? The amount of premiums we've been getting lately is whatever, I don't like it but whatever, the choices of what is a premium and what isn't though is what grinds my gears. The T29 and Wyvern shouldn't have been premiums, neither should this. I can't wait for the Leopard 1A1 to be a special event vehicle and the SturmTiger to be a premium as well..

Tanks that are hugely requested by the community and wanted by many should not be premiums. At that point it just looks like greed, using people's excitement for a tank/plane to get money, that's not what premiums should be or have been a couple years ago. Vehicles that literally are better than something it's similar to in the tree shouldn't be premium (looking at you T29). I think you guys need to review the ways of premiums and go about it differently.

The Wyvern should be a premium vehicle. It is not something that belongs in the tech tree at all. And in all honesty, is a very niche aircraft. The T29 however shouldnt have been a premium, especially considering Americas deficiency of heavy tanks at 6.7-7.0 BR(the super pershing, although good, still has many of the weaknesses of its base, the M26).

I like it.. they have to make money to. i support it. thank you for a great game.. i wish they would add a few squares. i would buy a few....

I think its kind of fair, as long as they don't go so extreme like they did in 1.59

RavenWing03, To be honest, its not a tank that I expected to be in the tech tree. And I think that in all honesty, its fine that its a premium. It will probably be a very difficult vehicle to play, and I cant wait for the community to rag on it because of its reload rate, or easily penned chassis.

Awesome! Cant wait for more devblog posts. Can you confirm we will get 1/day or is it too early?

Too early to say anything :)