News
back to news
Attention! This news was published on the old version of the website. There may be some problems with news display in specific browser versions.
Profile
5 March 2016 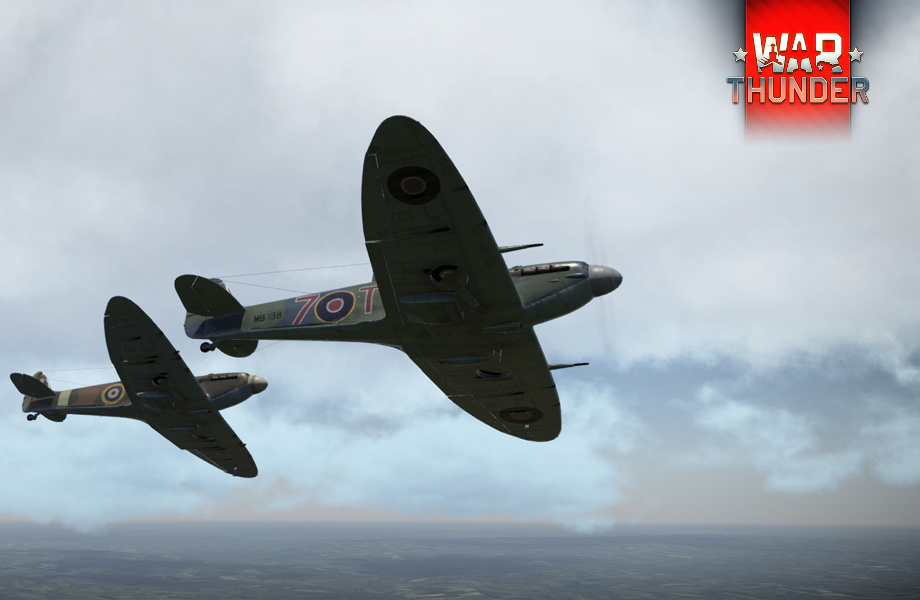 Select one of the images below to recreate an ingame screen shot to enter the competition, or select any historical Spitfire photo of your own:

The Supermarine Spitfire is a British single engined fighter aircraft that became synonymous with Britain's struggle against a conquered mainland europe at the hands of the German “Bitzkrieg” war machine. Whilst it was in fact the Hawker Hurricane that bore the brunt of the opening stages of the conflict, it was the Spitfire that seemed to captivate people the most. The first version of which, the Mk Ia can be found in War Thunder at Rank II of the British air force. Powered first by a Merlin Mk II, later a Mk III, the Spitfire Mk Ia leads on to its successor variant, the Mk IIa.

Originally designed by R.J.MItchell of Supermarine, tragically, the creator of this new elliptical winged metal monoplane would not see his aircraft enter service with the RAF due to his death in 1937. With the prototype Spitfire K5054 taking to the skies in 1936, Supermarine’s design was entered into full operational service just 2 years later in 1938 with RAF Duxford’s No.19 squadron being the first to receive their new steeds. The first batch of Spitfires had fixed pitch, 2 bladed wooden propellers which were later replaced by De Havilland 3 bladed, adjustable pitch metal propellers giving the aircraft a boost in some areas of performance.

The Spitfire Mk Ia features the A type wing configuration that mounts 8 x 7.7mm Browning 303 machine guns with a total ammunition capacity of 2800. Whilst this offensive armament lacks the hard hitting punch of 20mm cannons found on the Bf 109 E3 and Yak-1 or the brunt force of 12.7mm M2 Browning 50.cal’s found on American fighters such as the P-40 and F4F, it does mean that the early Spitfires can carry a large ammunition capacity and have more guns hitting the target per burst. This can be particularly useful when using Incendiary Tracers and attacking wooden or fabric covered aircraft that are particularly prominent early on in game.

The improved Mk II Spitfire addressed some of the modifications that were made to later Mk I’s in production, incorporating them from the start along with a new Rolls Royce Merlin Mk XII. Much line its Mk Ia predecessor, the Mk II comes in its IIa incarnation first, featuring identical armament to the Mk Ia. Later this was followed by the Hispano cannon armed Mk IIb which can be researched from the Mk IIa and had its foundations in the Mk Ib, a modified range of Mk I Spitfires fitted with 20mm cannons. The Mk IIb sacrifices 4 of its total 8 7.7 Browning 303 machine guns for 2 x 20mm Hispano Mk I cannons with 120 total rounds capacity. These cannons are the first iterations of the Hispano cannon and can jam or overheat quite quickly. It is for this reason, research should be focused on unlocking the “New 20mm cannons” upgrade as well as training Spitfire crews in the “Weapon Maintenance” proficiency.

Pilots who are familiar with the Mk Ia will feel just at home with both the Mk IIa and Mk IIb, as all 3 Spitfires are very similar in their performance and ability. Initially, the Spitfires are very light and agile aircraft by comparison to some of their contemporaries at lower speeds. Whilst they will not be able to best any biplanes or early monoplane Japanese fighters in turning combat, they will certainly be able to out maneuver most German, American and Soviet aircraft in engagements. Early Spitfires possess a solid rate of climb, but do not retain energy well. Its very easy to “bleed off” energy at alarming rates when coming out of dives or executing an evasive turn in combat, and problematic to then gain that energy back.

It is for this reason, that both the Mk I and II Spitfires operate best in turning dogfights for most cases. Generally what they cannot out turn they can mostly break away from with speed and re engage when the situation suits. Pilots who prefer a good balance of maneuverability and speed will be at home with the Spitfires, as they excel at turning but also boast good overall top speeds. This offers alternative options of attack and defence in combat when facing enemies who can capitalize on the weakness of aircraft with only one outstanding performance ability like the A6M Zero series as an example.

By mid 1941, the Spitfire Mk I had been completely replaced by the Mk II in frontline service, however it too was already being replaced with the new “stop-gap” model, the Spitfire Mk V, based on the two previous models that once again proved to be a success in its own right. Regardless of what model, the Spitfire was universally loved by its pilots from a range of nations. The Mk I and II would go on to pave the way for a plethora of future variants, culminating in the much larger Griffon engined Spitfires that still graced the skies even at the dawn of the jet age.

What are your experiences with the early Spitfires? Be sure to tell us in the comments!