Lavochkin La-7
27 August 2015 Vehicle Profile
Attention! This news was published on the old version of the website. There may be some problems with news display in specific browser versions.

The La-7 in War Thunder

In War Thunder, the La-7 is one of the main Soviet fighters of Era IV. In game, it is available in two versions, differing in armament - the regular La-7 armed with 2 ShVAK 20mm cannons, and the upgraded La-7B-20, armed with 3 Berezin B-20S 20mm cannons. Both aircraft are placed quite low in the Battle Rating spread, which means that you will still engage Era III aircraft. The strengths of both La-7 variants lie in very good low altitude performance - ideally, you want to engage your enemies at altitudes lower than 5 km - higher up, the power output of the engine reduces drastically, making you an easy target. Aside from the speed, the La-7 possesses very good turning capabilities - while it is not as good a turner as some British and Japanese designs, it can give many German and US aircraft a run for their money.

The key to staying alive in the La-7 lies in deceiving the enemy. By flying at around 4.5km altitude you present yourself as an easy target for Boom&Zoom aircraft that are flying at higher altitudes. When you spot someone diving at you, break off and evade his burst, while slowly luring him into maneuver combat - this way you will start gaining the edge while the enemy loses his speed and momentum in the turn. Another habit worth developing in the La-7 is ammo conservation - because the available weaponry has a very low ammo capacity, it is crucial to only take shots that you know will hit and aiming them carefully. This way you stand a bigger chance of critically damaging the enemy airplane. By following those rules you will soon find yourself researching the final Lavochkin piston fighter - the La-9.

The La-7 in History

The concept of a new fighter for the Soviet Air Force was pitched in 1943. While the earlier Lavochkin La-5 proved to be one of the best Soviet fighters produced up to that point, the main designer of the La-5, Semyon Lavochkin, felt that it could be improved even further. Work on a completely new fighter began in the early months of 1944. The new fighter was supposed to be an improved version of the La-5 design. The changes included the incorporation of a lighter and more durable metal airframe in place of the earlier wooden one. Other changes included the mounting of a new gunsight and propeller, as well as the strengthening of the landing gear struts and streamlining of the wings. It was to be armed with three Berezin B-20 20mm cannons, however the delay in production meant that most new La-7s were armed with 2 20mm ShVAK cannons, like its predecessor. After more tests, the new fighter was accepted into serial production in late 1944.

In September 1944, the first La-7s found their way onto the front lines with the 63rd Guard Fighter Aviation Corps. The reception of the new fighter was warm - it was faster and more maneuverable than the La-5, which meant it could more efficiently tackle the most common German fighter the Soviets faced: the Messerschmitt Bf109G. In certain circumstances, the speed allowed the Soviet pilots to intercept Fw190 fighter-bombers - a feat impossible to achieve for other Soviet fighters like the Yak-3. The main critiques of the design were considered to be the engine reliability and armament - the twin 20mm ShVAK cannons were judged as inadequate in fights against better armoured Fw190s. Still, the La-7 became one of the most successful Soviet piston fighters of World War II. Soviet ace Ivan Kozhedub scored 17 kills while flying the La-7 - his last one being an Me262 jet. After the war the La-7 was replaced by the La-9 prop fighter, although many were still used by other communist states as both fighters and trainer aircraft.

In one of the following Updates, we will include
decal from the 9. GVIAP Alelyukhin fighter regiment: 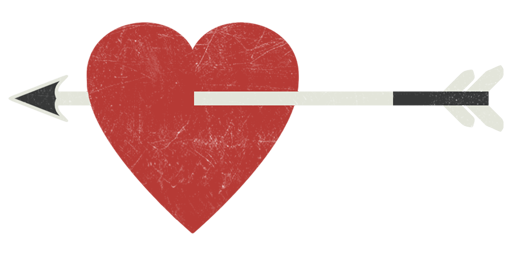 Tell us about your experiences while flying
the Lavochkin La-7 in the comments!