Canadair CL-13 Mk 5 Sabre
5 August 2015 Vehicle Profile
Attention! This news was published on the old version of the website. There may be some problems with news display in specific browser versions.

The Canadair CL-13 Mk 5 is one of the two German top tier jet-fighter aircraft alongside the MiG-15Bis. Whilst the MiG is a popular choice among many players, the CL-13 is an extremely high performance aircraft boasting one of the fastest top speeds in game. Placed within Tier 5 at the end of the iconic Messerschmitt tree, the CL-13 rounds off a trio of Me 262’s that follow on from the legendary Bf 109 series.

Offensively the CL-13 is equipped with 6 x 12.7mm(.50 cal) Browning M3 machine guns with a total ammunition load of 1800 rounds. Whilst these may not pack the devastating punch of the MiG’s 37 and 23mm combination, the six nose mounted machine guns will be more than sufficient for jet combat, with the M20 Armour-Piercing Incendiary Tracer rounds being a popular choice of ammunition belt. As a result of the smaller calibre, the CL-13 has a larger ammunition capacity than the MiG-15 or Sabre F-2, meaning a longer combat endurance and more room for error in engagements. This provides pilots more breathing space for tight situations and, with good trigger discipline and aim, means fewer trips back to the airfield to re-arm. As well as this the CL-13 Mk 5 has an array of external stores to allow for the ground attack role, should this be required. 16 x 127mm HVAR rockets or 2 x 1000lb AN-M65 bombs can be loaded under the wings to assist in attacks on larger and heavier targets. This will of course result in a massive performance drop due to the extra parasite drag presented by the external stores.

Like many of the top jets, energy is key for survival. Altitude and speed is essential to the CL-13’s success or failure in combat, as it cannot turn with its American counterparts or maneuver with many of the British jets. Whilst the Sabre does have air brakes these should only be deployed in extreme situations or on landing approaches. Bleeding off speed or having a lack of energy at lower altitudes will simply make the CL-13 easy prey for opposing aircraft. Due to its power assisted controls, the Canadair Sabre has a fantastic rate of roll that is unmatched by the other top tier jets; only in the other Sabre F models. In a dive the CL-13 can quickly break off from many of the aircraft it faces in combat and provides pilots with the means to dictate engagements when played to its strengths. As with most jet aircraft, the Canadair Sabre works best as part of a squad or as part of an organised and coordinated team. Keeping friendly pilots in close proximity and having good situational awareness will ensure the most efficient performance from the CL-13.

The Canadair CL-13 was essentially a licence built version of the successful North American F-86 Sabre. Initial orders were escalated due to the developments of the conflict in Korea and many nations adopted the aircraft after seeing the performance of both the MiG-15 and F-86 over existing aircraft in service.

The Mk 5 included many modern features taken from the later F-86 F models such as power assisted control surfaces and the “all-flying tailplane”. One major difference, however, was the inclusion of the Avro Canada Orenda engine which provided greater output and rate of climb over the CL-13’s American counterparts. The CL-13 provided the backbone for many NATO forces in Europe during the 1950s and 1960s whilst other nations still had their own indigenous swept wing jet-fighter designs in development or limited availability. Production of the aircraft took place at Montreal, with many later handed to the US for refurbishment and redeployment after being replaced in service with their respective operators.

As well as the Royal Canadian Air Force who the aircraft was originally intended for, other operators were the British Royal Air Force and the Italian Air Force as well as several other nations. After joining NATO, West Germany was rearmed with many western types including the CL-13. The Luftwaffe received 75 CL-13 Mk 5s in 1957 followed by over 200 Mk 6s that were operated well into the mid 1960s. The CL-13 was eventually replaced in service with the F-104 Starfighter, followed later on by the F-4 Phantom and more recently the Panavia Tornado.

In one of the following Updates, we will include emblem of RCAF No. 439 Squadron to War Thunder: 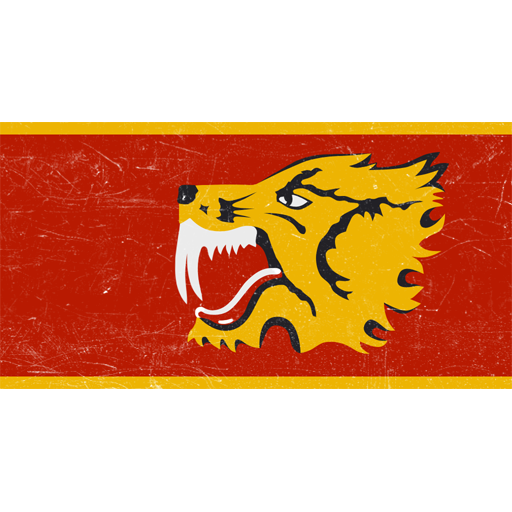 Decal made by Colin 'Fenris' Muir