M15 CGMC
28 May 2015 Vehicle Profile
Attention! This news was published on the old version of the website. There may be some problems with news display in specific browser versions.

The M15 in War Thunder

The M15 is an effective AA platform thanks in part to its mix of twin M2 Browning .50 caliber machine guns as well as it having a 37mm AA weapon. The player can use the machine guns to bring the 37mm on target as well as keep up a continuous stream of fire while reloading the 37mm. Take note that the gun cannot depress over the cab compartment where the driver and co-driver are located. This can cause issues when attempting to engage low flying aircraft or enemy vehicles. You are also a very top heavy Half-track, meaning you should take notice how you climb slopes and go down hills as you can flip this vehicle quite easily on steep gradients. The 37mm has an AP round for use against light vehicles, but many players just opt to keep full HE load for AA usage and using the HE rounds as well for light vehicles as necessary due to the limited available 37mm ammo.

Watch your ammo usage in this vehicle. You only have 200 rounds of 37mm and 1200 .50 caliber rounds. Since your twin 50s are fired together, this means you will have 2 reloads before you're out as they each carry 200 rounds for a total of 400 rounds. Not paying attention can leave you only having 37mm ammo left with it having a 10 round magazine that has to be reloaded, taking on average of 4-5 seconds. Use the machine guns to find the lead angle of the aircraft if you're not in Arcade Battle and follow up with the 37mm. Try not to use both at once as you can waste a lot of ammo due to their rate of fire. Also keep in mind that you do have a fairly slow traversing AA turret at 25 degrees a second. So, when dealing with fast moving aircraft it's best to attempt to predict where they will be instead of trying to lead them if they are close, or wait for them to run into an attack as it is easy to lead the target at a distance.

The M15 in History

The History of the M15 vehicle is actually quite simple: the T-28 CGMC project, or Combination Gun Motor Carriage, was designed around the current Army 37mm M1A2 Autocannon to be flanked with two .50 caliber M2 Browning machine guns. The system was quite large and at the time they were attempting to marry it to the M2 Half-Track chassis. To get the gun system to even fit, it was necessary to remove the side armor at the rear.

The mount was unarmored at the time. Eventually the project was cancelled in early 1942, but it was very soon revived due to a need for a heavier AA gun mount and the M3 Half-Track was proposed to mount the guns. The married mount and chassis was giving the designation of the T28E1. 81 of these were produced from July to August of 1942. Starting in October of 1942, a new mount design for an enclosed armored protective box for the crew was devised. This lead to the M15A1 as seen in game. By the end of the Second World War more than 1600 had been produced.

With one of the upcoming Updates, we will add the Emblem
of the 390th AAA Battalion "Gollywampus Gremlin" to War Thunder: 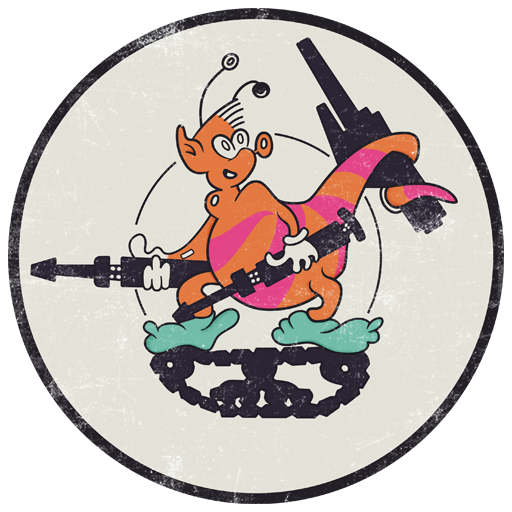 Do you already have the M15 in your setup?
What is your experience with this vehicle?
Leave your opinion in the comments!