News
back to news
Attention! This news was published on the old version of the website. There may be some problems with news display in specific browser versions.
Vehicle Profile
10 March 2015

As an addition for this vehicle, you will receive a decal with the insignia of the "1st Armored Division - Old Ironside"

After the troublesome development of the Liberty Mk. VIII tank by First World War allies, the American military belief in armour evaporated and did not pursue a new design for over a decade; however, research was conducted resulting in a key piece of technology: the Vertical Volute Spring Suspension made of conical curled flat springs which were superior to other springs. When a new effort into tank development was launched there was disagreement on how to use it: what it should have, who would use it, and even what to name it - eventually the newly developed vehicle was named the “Combat Car” because the Cavalry was forbidden to use it if was called a “tank”! The first models (later renamed the M1 Light Tank) had machine gun only turrets. After 113 were built, an improved but similar looking M2 was introduced with more MGs both in the hull and a single or double turret.

The Spanish Civil War radically changed armour tactics highlighting the need for cannons and greatly increased their importance in battle, so a machine gun only equipped M2A3 was modified with a large octagonal turret mounting the M5 37mm cannon to become the pattern for all future American tanks.

In some ways America’s armour design history matched Germany’s, except that it had no actual restrictions on design and experimentation so the resulting M2A4 was more potent in the mid 30’s. While the M5 cannon was equivalent to its contemporaries in Europe, the armour was better with a full one inch (25.4mm) all around, compared to other early light tanks with 10 to 15mm.

If the M2A4 feels like its flying across the battlefield, it is probably due to the aircraft engine powering it! The Continental R-670 radial engine with cooling fan produced a gracious 225 hp (168 kW) at 2,175 rpm for a 11.6 ton (26,000 lb) tank pushing this “sports tank” up to 58 km/h (36 mph) on a solid, flat surface, making it one of the fastest tracked vehicles in service anywhere. Being light it is also easy to slide (“drift”) in hard turns.

The turret was also unique: a commander driven hand crank was used to turn it (also possible by the loader), but the actual aiming was done by the gunner pushing the cannon with his shoulder up to 20 degrees of transverse to aim it! Elevation was controlled by a hand operated gear, but that too could be unlocked for “push” movement (the game has limitations and uses all powered systems).

In the end, the M2A4 was practically obsolete when America entered the war on the 7th December 1941; only a few were sent to the Pacific theater. Its greatest contribution was to US tank design and helping to start it on the right track. From the M2 came improved versions - the very similar M3 and M5 Stuart light tanks and greatly modified and enlarged versions became the M3 and M4 medium tanks, the Lee/Grant and the Sherman respectively, all of which used the VVSS bogies to great advantage. It is interesting to note that all early American tanks were designed and produced at Rock Island Arsenal, an island on the Mississippi river between Illinois and Iowa.

It is perhaps the easiest tank to play in the game, with its fast acceleration (20 km/h in about 4 seconds, 30km/h in 6s, 40km/h in 10s, and 48km/h in 15s), quick turns, “drifting” and good all around armour, one can play recklessly and come out a winner. Its main drawback is the 37mm cannon, outmatched even by other light tanks. The default M74 AP round is best at point blank with 51mm penetration at 10m. Although slightly better at range, the M51 APC has the bonus of 2 machine guns; a forward hull mount and a far more useful top pintle mount that can shoot down aircraft!

Upgrades are still a must but get “Protection” and “Firepower” before “Mobility”. If your crew has no XP, focus on the cheapest skill upgrades on all positions first to get Expert Crew as soon as possible.

This vehicle works just as well playing aggressive or cautious/stealth; the same all round armour has no weak side, so experiment freely. The cannon is the drawback and wide open maps are where it’s weakest, but in that case flank the enemy and hit their rear. In short, the game play can be summed up in one word: CHARGE! It is very common for players to drive right into an enemy tank and fire point blank while maneuvering to avoid the target’s cannon.

When attacking an M2A4 you may find it is a tough nut to crack no matter which side. Study the 3D model for weak points and take your time to aim at those, because it can quickly vanish from view.

Don’t be surprised if you see M2A4’s in high BR matches as it is a wonderful tank to race behind enemy lines and take out artillery and AAA positions, including player SPAA as most are lightly armoured (although they can fight back). Besides that they can call in arty, harass targets which the M2 has zero chance of disabling let alone destroying, and capture unguarded checkpoints.

In a future update, we will introduce the emblem of the "3e régiment de chasseurs d'Afrique": 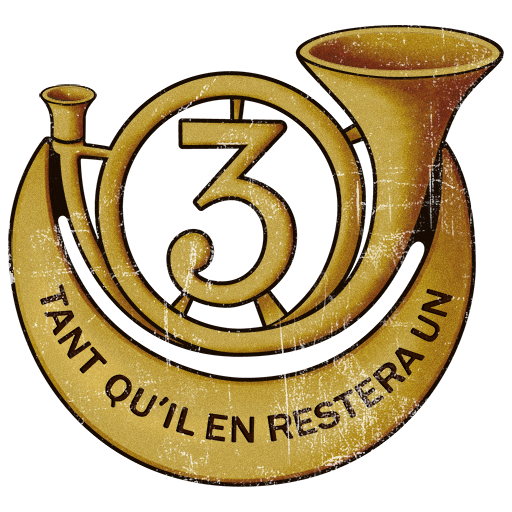