Jagdpanzer 38(t) 'Hetzer'
17 February 2015 Vehicle Profile
Attention! This news was published on the old version of the website. There may be some problems with news display in specific browser versions.

In December 1943, a conference of the German High Command (Oberkommando des Heeres, OKH) was held. The topic of this meeting was a development of new, fully enclosed light tank destroyer which would be cheaper and easier to mass-produce than the much larger Jagdpanther and Jagdtiger tank destroyers. To avoid problems with reliability, the vehicle was planned to be based on the chassis of the ex-Czechoslovakian PzKpfw 38(t) light tank, which was already phased out of production as obsolete, but its reliable running gear was a valuable asset.

Development was assigned to the BMM plant in Prague, and progressed fairly quickly - the project was approved on 17th December 1943, with prototypes ready in March. As the vehicle used a reliable and thoroughly tested chassis, there was no need for any extensive tests and serial production was scheduled to begin in April 1944. According to some sources, the original designation was Jagdpanzer 38(t) für 7,5 cm PaK 39 L/48. However, the vehicle became popular by the name Hetzer (“Baiter“). Some sources claim that originally the name Hetzer was assigned to BMM‘s planned project of the light tank destroyer E-10, but by mistake it was added to Jagdpanzer 38(t)’s documents and was thus perceived (and then used) as official by soldiers.

The Hetzer had an interesting design. It was quite small - only 1.85 meters tall and 2.63 m wide. The frontal upper plate was 60 mm thick, sloped to 60 degrees from the vertical, while the lower frontal plate had the same thickness with the slope reduced to 40 degrees. The side armour was much thinner – albeit well sloped, it had a thickness of only 20 mm. As a main armament the Hetzer was fitted with a 7.5 cm PaK 39 L/48 anti-tank gun. This weapon was able to pierce 82 mm of armour sloped up to 30 degrees at a range of 1000 m, using standard APCBC Pzgr.39 shells with a muzzle velocity of 750 m/s. As a secondary armament a single 7.62 mm MG 34 machine gun was mounted on top of the vehicle, remotely controlled by the commander. The total weight of the vehicle was 16 tonnes, and it was propelled by a Praga AE 2800 V6 engine with a maximum power output of 150 HP, allowing the Hetzer to reach a maximum speed of 40 km/h on paved roads and 13 km/h across open terrain. The crew consisted of four men - commander, gunner, loader and driver.

The first Hetzers were delivered to operational units in July 1944 and the vehicle quickly proved itself as an effective tank destroyer, both on the Eastern and Western fronts. Due to its small size it was easily concealable, thus being a very hard target to spot or hit. Its gun was able to penetrate the armour of nearly all Soviet or Western Allied vehicles at combat ranges, while its frontal armour offered a great degree of protection against nearly all Allied weapons. Approximately 2800 Hetzers were produced from April 1944 to the end of war, including command vehicles (Panzerbefehlswagen Hetzer) and Bergepanzer 38(t) armoured recovery vehicles. Production continued postwar in Czechoslovakia under the designation ST-I, ending in the 1960’s. More than 150 Hetzers were also ordered by the Swiss army, which used it with slight modifications under the designation G-13

In War Thunder, the Jagdpanzer 38(t) Hetzer is a German tank destroyer with a BR of 4.7. It is the pinnacle of the PzKpfw 38(t) line in the German Tech Tree, following two PzKpfw 38(t) variants and the Marder III, and is a member of the “4.7 German TD Brotherhood” along with the StuG III Ausf.G and Jagdpanzer IV.  When compared to its two bigger “brothers”, the Hetzer is equally armed and less mobile, but it is easily the smallest vehicle and has arguably the best armour from the three - its sloped, 60 mm thick upper frontal armour offers up to 108-138 mm of effective armour, while the lower frontal plate has 84-91 mm of effective thickness. As usual for TD’s side armour is very thin, having only 20 mm of thickness. The Hetzer’s maximum speed is 42 km/h across a flat surface, which it can reach in 17 seconds.

The Hetzer’s firepower is adequate for its BR. Its 7.5 cm PaK 39 L/48 gun has a maximum penetration of 117 mm at point-blank range, and  with basic APCBC ammunition, giving you enough firepower to defeat most of the opposition at BR 4.7. Additionally, you can unlock Pzgr.40 APCR ammunition, boosting maximum penetration to 152 mm, or Hl.Gr.38B HEAT rounds with 80 mm of penetration at all ranges. The reload rate is 7.6 seconds with a trained crew, on a par with other 4.7 German TD’s.

In terms of gameplay, the Hetzer should be played as a typical tank destroyer. Find a suitable position, use your low profile and small dimensions to conceal yourself, and then fire upon unsuspecting enemies from mid-to-long range. However, if the enemies are closing in, it is better to fall back and relocate. Always try to minimize your vulnerability from the front by covering your lower frontal plate whenever possible, as its penetration will most often result in disabled transmission. As with all TD’s, do not get flanked at any cost - thin side armour can be penetrated even by the lightest guns in the game, and there’s ammunition stowage directly under it.

If the tables are turned and you are facing a Hetzer, try to shoot its weaker armour at the lower frontal plate. Alternatively, you can simply load APCR and shoot directly through the frontal plate – due to the position of its crew, a well-placed APCR shot will most likely knock out three crew members at once, disabling the whole vehicle. Always try to close the distance to a Hetzer to minimize its armour protection, and if you’re not sure you have enough firepower to penetrate it frontally, flank it whenever possible and exploit its thin side armour to detonate its ammunition.

Over all, the Hetzer is a good TD, trading some speed and gun traverse for a small profile and great armour for a vehicle of its size. As said before, it is the end of PzKpfw 38(t) line, but it should be viewed as a good alternative to the StuG III Ausf.G and Jagdpanzer IV. And don’t forget – Hetzers gonna Hetz!

With an coming update, we will include the 'Chwat' ('Brave') decal to War Thunder, which was
painted on a Hetzer captured by polish insurgents during the Warsaw Uprising of 1944 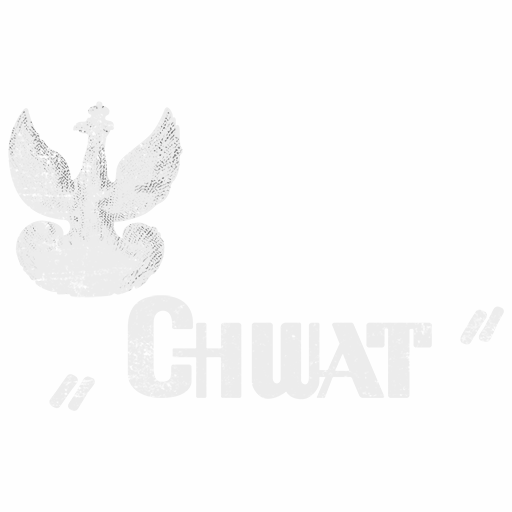