Sturmgeschütz III Ausf. A
10 February 2015 Vehicle Profile
Attention! This news was published on the old version of the website. There may be some problems with news display in specific browser versions.

A product of lessons learned in World War I, the specification for a Sturmgeschütz (Assault Gun) was issued in 1936. It called for an armoured infantry support vehicle equipped with a 7.5cm gun with a traverse of not less than 25o, capable of providing direct fire up to 6000m. Full protection was to be afforded to the crew, and the vehicle was to be no taller than the average height of a standing man in order to aid concealment.

Daimler-Benz AG were given the task of designing the vehicle, which they initially based on the Panzer III Ausf B onto which they fitted soft steel casemates with wooden mockups of Krupp’s short-barrelled 7.5cm StuK (Sturmkanone) 37 L/24 gun. Initially designated Pak(Sfl.), and then Pz.Sfl.III (S.Pak) in 1937, the first 5 prototypes were only issued for test and evaluation, a few remaining in use as training vehicles into 1941. With open-top crew compartments and only 14.5mm armour they were considered unfit for combat, and by early 1940 Daimler-Benz had rectified these issues in the now-renamed Sturmgeschütz. By now the vehicle was based on the Panzer III Ausf F and protected by 50mm frontal armour, although it still lacked any close-in defensive armament, relying on infantry for self-protection.

The Ausf A was the least numerous of all of the StuG variants; the first 24 saw action in the French campaign with Sturmartillerie Batteries 640, 659, 660 and 665 and the final six were issued to the SS Sturmartillerie battery of Leibstandarte SS Adolf Hitler division.In common with all of the short-gunned StuGs, the Ausf A performed well in the early war years, its low-velocity gun easily able to neutralise emplacements and pillboxes.

Later variants increased the track width from 36cm to 40cm, added a periscope gun sight and even provided a bell to help the commander get the driver’s attention. Even with these modifications though, the StuG’s worth as an assault gun was limited, and it would find its form with the addition of the StuK 40 L/43 high velocity gun in its new role as a tank destroyer.

In War Thunder itself, the Stug III Ausf.A provides a good (if at times frustrating!) entry point for the new player into the world of operating a vehicle without a turret. It shares some strengths and weaknesses with several other vehicles of a similar configuration and will for many be a new and exciting challenge to try to master.

First and foremost, the Stug III has a low profile and (for its BR) good frontal armour, and this needs to be capitalised upon. Even with the best driver in the world, the Stug III is not intended for close range fighting with other armoured vehicles - it will quickly be outmanoeuvred and without a turret will not even be able to bring its firepower on target whilst conventional tanks are driving rings around it, turret cranked to one side to deliver a salvo of shots into the Stug III’s more vulnerable flanks and rear. With this in mind, always try to keep the front of the vehicle facing towards the enemy for the sake of the stronger armour and your own firepower, even more so than with any other vehicle.

In terms of acceleration and handling, the Stug III is fairly mediocre and so research in this department is perhaps better saved for after other priorities. The Stug III is there to go face to face with the enemy and so delivering a solid punch is probably a better area to spend research points on - the vehicle’s two researchable HEAT rounds almost transform the offensively capability in one go, particularly the later Hl.Gr 38C. This round will have little difficulty with dealing with most of the armour encountered at this BR and is particularly effective when combined with the Stug III’s relatively high rate of fire. However, beware digging in and blasting away as running out of ammunition is easier in this vehicle than with many others!

In terms of facaing the Stug III Ausf.A, the best plan if possible is to get around the sides. With 50mm of frontal armour, a low profile and a formidable gun, the Stug III is a fearsome opponent in a face to face slogging match. However, the gun does have a fairly narrow field of fire and disabling a track with a frontal shot is often all that is required to then move only slightly to escape the Stug’s fire arc. Once close in and around the side, the Stug is in deep trouble.

Overall, for players who have spent many an hour on turreted vehicles the Stug III will require an entirely new style of play but, once its advantages are appreciated, will still prove to be a thoroughly effective combat vehicle in the right hands.

In one of the next updates we will introduce decal used by StuG Abt. 189: 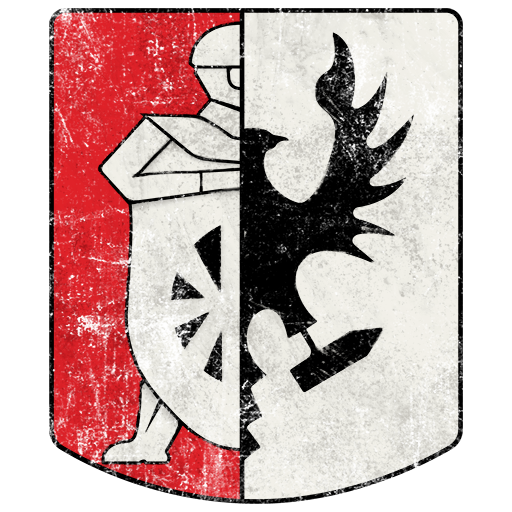