Jagdtiger "Hunting Tiger"
27 November 2014 Special
Attention! This news was published on the old version of the website. There may be some problems with news display in specific browser versions. 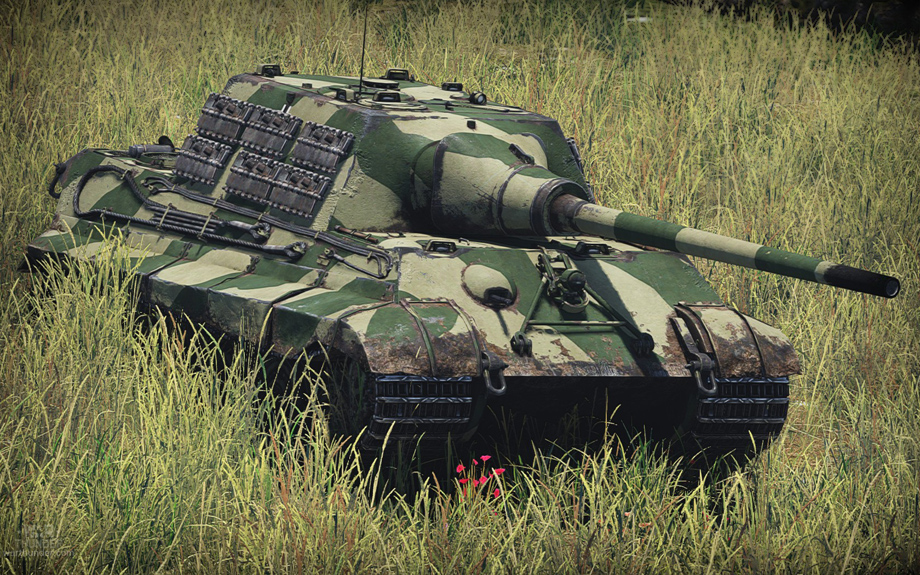 30% discount for the purchase of the Jagdpanzer VI Jagdtiger

The development of the 186 started in February 1943 by Krupp and later that same year a wooden model was presented to Adolf Hitler. The main design behind the 186 was for infantry support and armoured vehicle engagements at long distances. Both Porsche and Henschel had some input with designing the new breed of tank destroyers. The main difference between Porsche and Henschel were the road-wheels, Porsche had 8 while Henschel had 9. At first the production was slow due to the Panther production received priority over the newly designed concept, but in January 1945 the 186 was finally given priority. The Hull itself is based on the Tiger II design, but was lengthened by 260 mm with a fixed superstructure of 250 mm thickness at the front.

Two units equipped with the 186’s were the schwere Panzerjager Abteilung 653 and schwere Panzerjager Abteilung 512. The 512 was in Operation "Fruhlingerswachen" in Hungary, then also fought on the West and Eastern fronts in defense of the Fatherland. The 653 was formed in spring of 1945 and saw action in Ardennes offensive, then went to the Western Front in the Rhein and Karlsruhe area.

This tank destroyer has the potential to One-shot all it saw on the battlefield from distances. It has good frontal armour when hull down and is impenetrable even to the 105 cm, T-54 and IS-4 from the front when in a good defensive hull down area. But with all this firepower and armor it is still vulnerable from the sides and rear, so battle awareness is a must at all times so you can react in time if needed. You will also find that the reload rate is increased, this is due to the 40 rounds of two-piece ammunition (cartridge and canister) used by the L/55 which weighed 28 kg (projectile only). The types of rounds that can be used are the APCBC-HE projectile (PzGr.43) used for armor piercing 250 mm penetration @ 500 m, the APC(PzGr) projectile which has armor pierce and damage effect (most effective) 235 mm armor penetration @ 500 m and lastly the HE round used for soft armor targets with a 43 mm armor penetration @ 500 m.

The 186 is best used in a support role with a group. the Maybach HL 230 P30 makes the behemoth react slow and sluggish, so if you think you are being flanked react early. Turning this tank destroyer is always best done in reverse if needed to be done on the spot as it does it more quickly and effectively.