The KV-1S is a modification of the Soviet KV-1 heavy tank, created with the purpose of improving on the speed characteristics of its predecessor. How did the “fitter version” of the KV-1 turn out? We’ll find out in War Thunder update 1.57. 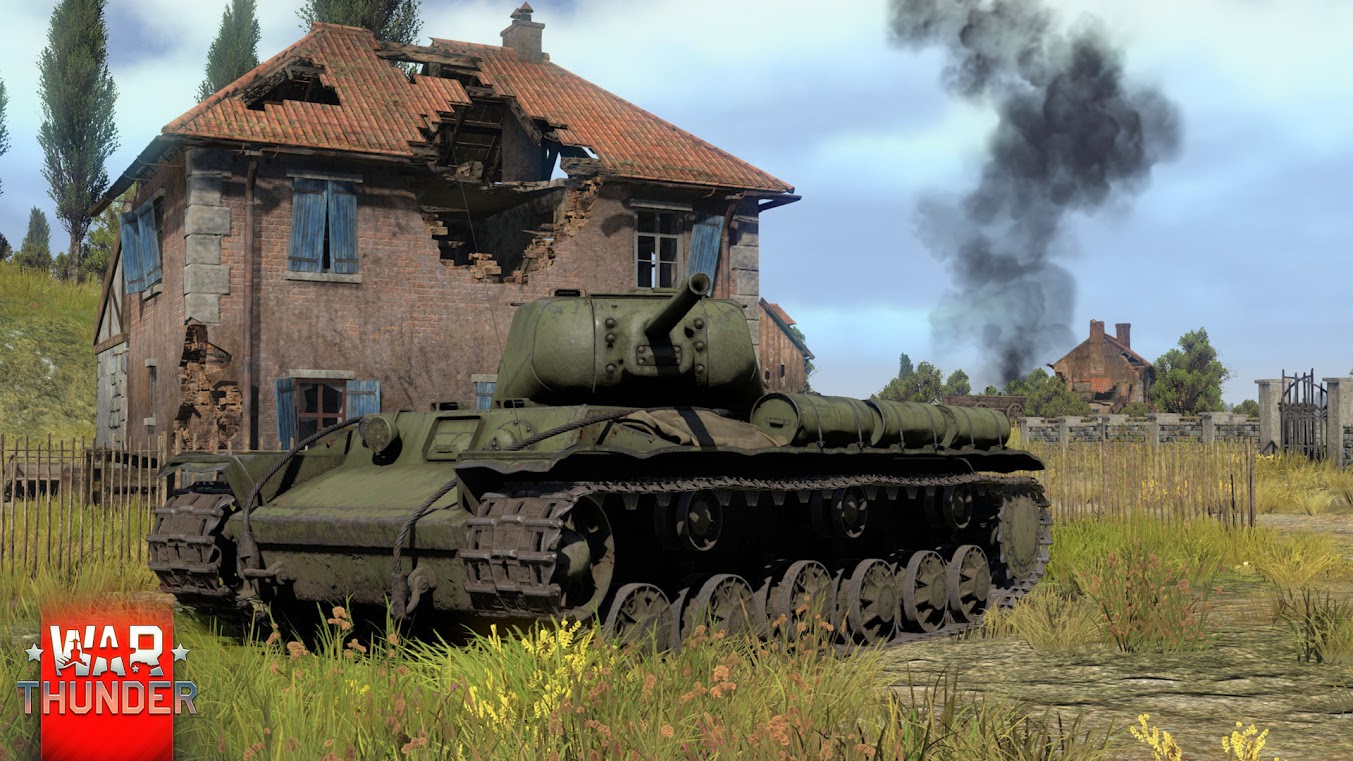 The Soviet KV-1 heavy tank proved to be an excellent asset on the battlefield, but was nonetheless clearly in need of further development. Tankers complained about the low reliability of the vehicle’s components, its poor maneuverability, the ill thought-out base model in terms of crew comfort and the functionality of the crewable section.

The KV-1 was a very heavy vehicle, since it was difficult in wartime production conditions to adhere to the given weight requirements – the tanks were constructed heavier than they should have been.  In the KV-1S model (S – “skorostnoy”, fast-moving), many of these problems were solved. The tank received a new cast turret with a command cupola, the ZiS-5 cannon and a new gun mantlet. Some armour was shaved off the hull to make the tank lighter – the upper and lower applique armour plates were removed from the forward section of the hull.

The vehicle’s mobility improved dramatically – the KV-1S received a new transmission. The running gear area was improved – the designers added cast road wheels with internal suspension. The tank’s rear took on a sharper angle and the upper rear armour plate was completely replaced.

In the game, the KV-1S will take its place in the KV-1 tank line – directly between the early modification with the L-11 cannon and the heavy version with the ZiS-5 cannon. The tank’s running characteristics are greatly improved, although the front of the hull had lost its applique armour plates. The KV-1S can serve as a heavy breakthrough tank, as support  for allied T-34s or as a defensive tank. At the same time, it is worth remembering that the tank’s frontal projection is more vulnerable than on its predecessor. Its excellent weapon deals with the majority of opponents at its rank without issue. The somewhat lighter hull can still take a pounding.

So in answer to the relevant question “How’s the tank?”, we say: “It’s good!” A perfectly serviceable vehicle at its rank and an excellent complement to the beloved T-34 both in Arcade and Realistic battles.

The KV-1S will become available to all players in War Thunder update 1.57. See you on the battlefield, tankers!