Developers about the M16 MGMC

"Four large-caliber Brownings are very effective against aircraft of any type or rank at a distance of up to one kilometer. The density of fire is such that you can literally carve out patterns on enemy assault aircraft"

"As on the M13, here there are ammo boxes and a box of spare Browning barrels. The quad machine gun mount has received a collimator sight, like its predecessor. The vehicle has many interesting parts, for example a bucket which is held on by a cross-shaped canvas belt." 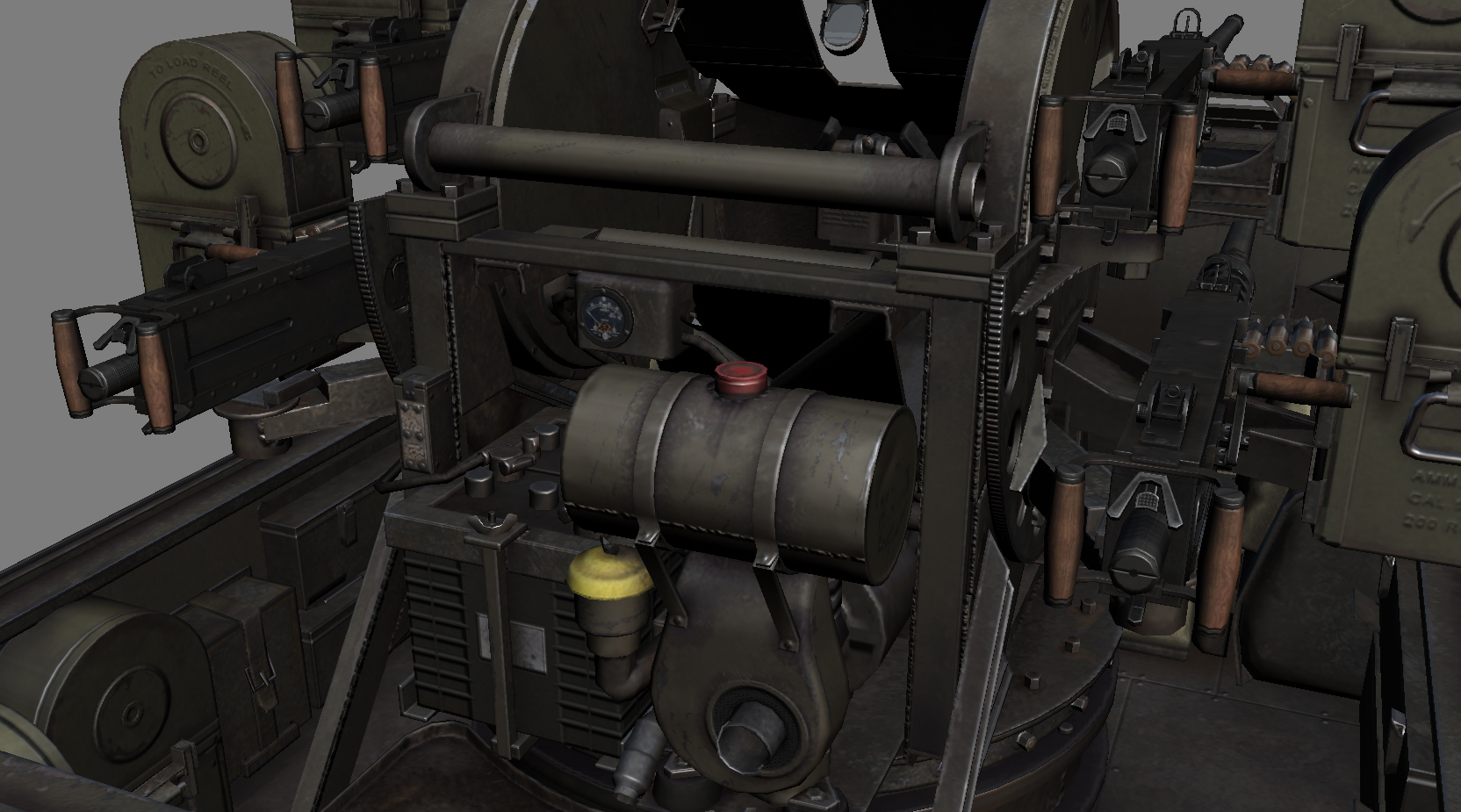 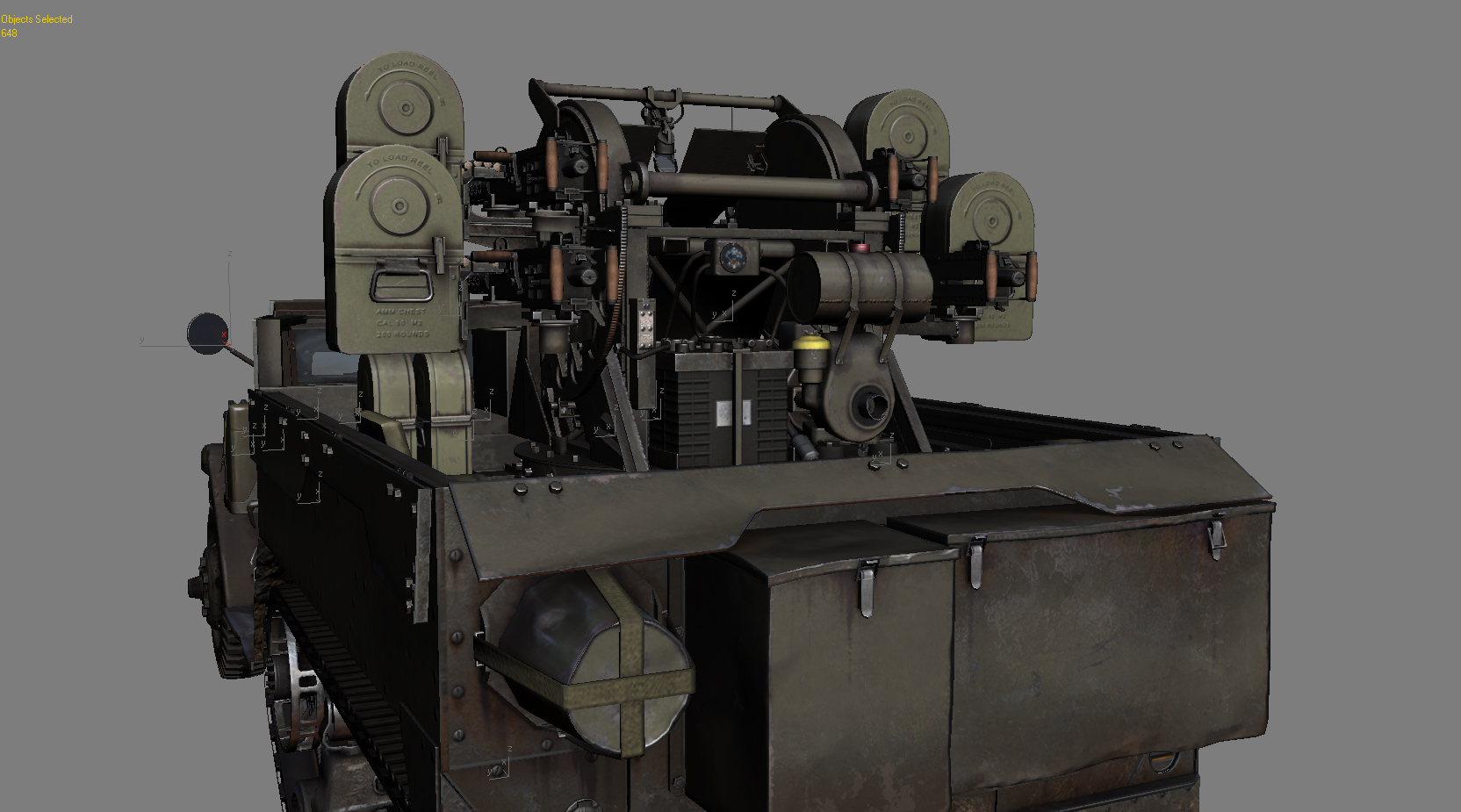