Each year, Canadians celebrate the anniversary of their nation becoming an independent confederation of the United Kingdom after the three separate British colonies of ‘Canada’, ‘Nova Scotia’, and ‘New Brunswick’ united to form a single dominion on 1 July 1867.

Often referred to as “Canada’s birthday”, and generally celebrated on the 1st of July (except when it would fall on a Sunday, in which case, it is observed on the 2nd of July) Canada Day marks an important milestone for the country on its way to full independence. While it, at that stage, remained a British colony, the subsequent increased level of political and governmental control allowed it to gain increasing independence in the following years, continuing up until it became completely independent in 1982.

Canada Day is celebrated across the country with various activities, including outdoor parades, carnivals, gatherings, festivals shows, concerts and fireworks. Now, it is time to participate in those celebrations in War Thunder!

Participate in 3 battles with an activity level of 60% or higher while using US and British vehicles of rank II and above and receive the unique “Canada Day” decal! 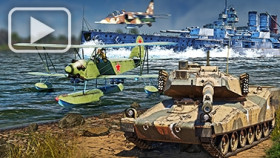 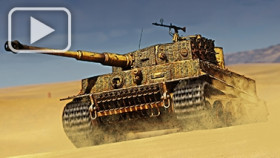 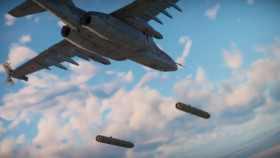 It’s fixed! №64
Share the news with your friends!

Commenting is no longer available for this news
Rules
nathanclawfish
13

Is Britain ever going to get the Ram 2 tank, it has been in the US tree for years, and never materialized in the tree of the nation that acutally used them for training?

Same with the m22 Locust, Britain even used it in combat but America never did.

Screng, Nah, just Gaijin reminding me about something that has irked me for about half a decade.

Cool decal for the Canadians

Nice decal and picture! ( i am not canadian )

Same. it's cool when WT acknowledges everyone's important contributions. It'd be nice if every ally involved got something on VE or VJ day. For example, there are countries that were occupied and fought back against the Japanese and should get some recognition.

IQslump, Yes, that would be nice. How to do that for every country, every year is most likely not doable....

Would've liked a Canadian Stuart or a Skink or something, but this is something at least. But what about HKSAR establishment day?

a Canadian stuart is already in game.

missed opportunity to announce say the CF-100 or CF-105.... or you know, the commonwealth tree so that canadian vehicles can be in one nation instead of in multiple.

i wish. i want the avrocar for jokes, and all their awesome planes too. CF-105 would be so awesome, it would be abit like the sea vixen having no guns, but way harder to balance because its weaponry is 8 aim4 falcon which are complete garbage, or 2 air2 genie nuclear rockets(not sure if gaijin would allow nukes to be fired off a plane, and its mach 2 capable

Nice decal for our northerly neighbors

For once your actually positive in the comment section

The_Horrific, Yeah easily one of the nicest things I've said about Canada. Lol

Thank you for having this event (I am always surprised when other nations know about Canada Day)!

Not sure if this is a bug, but you can only put it on tanks. If you go to the decal menu for a plane it isn't there.

On July 9 it is our turn to Argentines, we are a very large community, I hope that Gaijin will give us something in addition to the tanks that he already gave us, which is appreciated but a commemorative flag would be nice

It would be awesome some Naval reference to the Ship, giving Naval some love.