The ZTZ99 is a Chinese third generation main battle tank, developed during the late 1980s as a replacement for older MBTs in service at the time. The highly advanced ZTZ99 has arrived in War Thunder reinforcing the top rank of the Chinese ground forces tree in the “Hot Tracks” major update!

Briefly: One of the latest Chinese MBTs in service, featuring good firepower and mobility as well as sophisticated armour protection.

Development of the ZTZ99 began in the mid 1980s, with Chinese engineers starting work on a new advanced main battle tank to replace the existing vehicles in service at the time. After examining possible design proposals, the engineers decided to proceed with a design similar to that of the Soviet T-72 tank.

By 1991, the first prototype of the vehicle was constructed and demonstrated to high-ranking officials, followed by the construction of additional prototypes in the following year. In the early to mid 1990s, the prototypes underwent testing and were continuously improved over time. In the late 1990’s, further pre-production prototypes were built and transferred to the army for final testing.

The ZTZ99 was first shown off to the public as part of the military parade commemorating the 50th anniversary of the People’s Republic of China in October 1999. Soon after, the ZTZ99 was officially adopted for service with the PLA in late 2000.

Several years after its first introduction to service, the ZTZ99 received an upgrade package, allowing the vehicle to be fitted with additional FY-4 ERA, thus bolstering its protection significantly. Although initially intended to become China’s primary MBT, the high cost hindered large-scale production, resulting in only about 500 vehicles being manufactured. However, due to the tank’s advanced design and relatively small numbers, ZTZ99s are exclusively employed by China’s elite armoured units.

The ZTZ99 remained in production until the early 2010s, before production capacities were allocated to the more advanced ZTZ99A - a highly modernised variant of the ZTZ99. 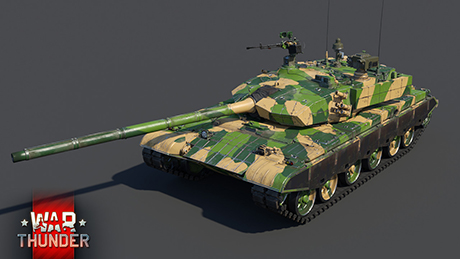 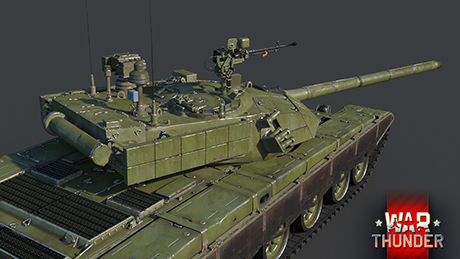 In War Thunder, the ZTZ99 is the new top performing main battle tank at rank VII of the Chinese ground forces tree. Compared to the current top tier Chinese MBT - the ZTZ96A - the ZTZ99 brings with it a whole host of improvements, strengthening the tank’s combat efficiency overall while not introducing any radical changes to its core design.

Following on from its predecessors, the ZTZ99 comes equipped with a 125 mm smoothbore cannon, featuring comparable ballistic properties as well as rate of fire as the guns found on the familiar ZTZ96s. Additionally, the ZTZ99 also comes equipped with some of the standard advanced MBT equipment, such as thermal vision, smoke launchers and laser rangefinders.

Although firepower only sees a marginal improvement over preceding vehicles, one aspect in which tankers will almost certainly feel a major upgrade is protection. On its own, the ZTZ99 already comes equipped with a thicker composite armour solution than previous vehicles, meaning tankers will see a notable increase in protection against both chemical and kinetic ammunition. However, the ZTZ99 is fitted with additional ERA protection, which further improves its resilience to enemy fire.

While the protection offered by the ZTZ99 increases significantly, so unfortunately does its weight when compared to the ZTZ96s. Despite this, the ZTZ99’s mobility, instead of decreasing, actually improved! This comes as a direct result of the vehicle being outfitted with a more powerful 1,200 horsepower diesel engine, allowing it to reach a respectable top speed of 65 km/h on roads, while also maintaining good mobility even on less hospitable terrain. On the other hand, the ZTZ99 did inherit the rather poor reverse speed of its predecessors, being able to duck back into cover only at a pedestrian 4.5 km/h. As a result, tankers are well advised to thoroughly think through every action before committing to it, especially those which have them break solid cover and potentially expose them to enemy fire.

War Thunder’s “Hot Tracks” major update introduced the powerful new predator to top rank ground battles, with the ZTZ99 becoming the new crowning jewel of the Chinese ground forces tree in the game. In the meantime, make sure to stay tuned to the news so as not to miss out on any of the latest developments in the game. Until then, happy hunting tankers!

You have to be logged in for posting comments
OodlesofOwOdles
0

A devblog after the patch drops? Kinda odd, but a nice quick read

Ignoring the other issues with this patch, this is a fantastic and sorely needed addition to the Chinese TT, hopefully there's more to follow, as China desperately needs it :)

WARNERwinsGAMING, have a nice day with ur covid19

Well...So would gaijin put ZTZ-99A into this game?

Aren't the blueprints for this thing still classified?