Initial testing of Arsenal’s first VB.10 prototype showed promising results but room for improvement--so the team at Arsenal made major improvements that resulted in the much more powerful VB.10-02. Although the prolonged development time for the aircraft prevented it from ever seeing active use, both VB.10s became part of France’s aviation tree in War Thunder update 1.73, "Vive la France".

Arsenal first replaced the dual Hispano-Suiza 12Y-31 860 hp engines with the new 12Z-12/13 version, which increased the VB.10-02 horsepower to 1150. The cockpit canopy was also redesigned into a teardrop shape, and weapons were added to it.

Even before the second prototype was tested, the French government, already impressed by projected performance figures, ordered 200 of the aircraft. Unfortunately, because jet propulsion was increasingly seen as the future of fighter planes, interest in piston-engine fighters steadily dropped thereafter. In addition, while the French air force was establishing their own fleet of jet aircraft, they used  American and British piston engine fighters as transitional equipment.

Due to waning interest and the use of allied planes in the interim, the French Air Force ultimately cancelled its initial order for the 200 VB.10-02 aircraft in September 1948, after the fourth production aircraft had been delivered. As a result, only six VB.10 aircraft were produced: the two initial prototype models, and the four production models. 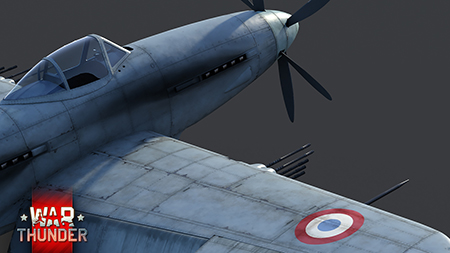 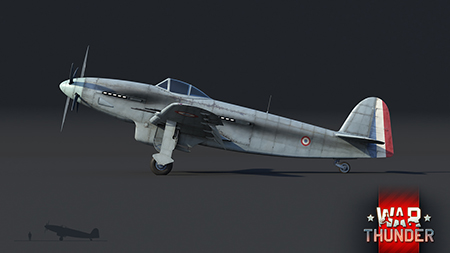 In War Thunder, the VB.10-02 is a fighter in the French aviation research tree at Rank IV. Like its real-world counterpart, it transitions the player from piston engine machines into the jet era.

The VB.10-02 is a deceptive plane; it looks lighter and more lightly armed than it is. It is also one of the stranger looking aircraft in the game (in some ways resembling the American Bell P-63 Kingcobra), but still a deadly, capable fighter.

At Rank IV, the VB.10-02 is one of the most destructive and heavily armed fighters you can pilot, armed with four 20mm cannons alongside six .50 caliber heavy machine guns. Even a short burst from such a fearsome array of weapons is enough to severely cripple or destroy any aircraft the VB.10 is likely to meet in battle.

Such destructive potential still brings drawbacks, however. Like most heavy fighters, the aircraft’s enormous size and weight of the on board weaponry and dual engines make it slower and less maneuverable than other aircraft.

For a heavy fighter, the handling and top speed of the VB.10-02 is adequate, but it will not fare well against fast, maneuverable single-engine fighters. VB.10-02 pilots should avoid being dragged into dogfights with such aircraft. If you’ve played heavy fighters in the past, then you know that getting involved in prolonged turning engagements and extended dogfights with lighter, faster, and more maneuverable foes is a bad idea.

Instead, use the VB.10-02 to go after bombers and slower fighters. Not even the strongest airframes found on those types of aircraft can take the punishment and firepower the VB.10-02 delivers. Use high altitude and diving attacks to bring down your enemies, then regain position for the next attack.

Have you flown out the VB.10-02 yourself or faced it in battle? Share your experiences with us in the comments section—we are keen to hear your stories! Until next time!

You have to be logged in for posting comments
nsgallup
0

I got excited about a new plane :( When can we have some new airplanes? (and not ground attackers)

So is nothing ever going to be done about this bug? https://forum.warthunder.com/index.php?/topic/358034-0056031-20mm-api-t-anm3-cannons-unable-to-damage-modulescrew/ It's been like 6 months and 20mm APIT from planes is still completely unable to do damage to tanks. The rounds penetrate and then deal 0 damage to modules/crew. (See also: the gifs here: https://www.reddit.com/r/Warthunder/comments/6e6avx/us_20mm_massively_underperforming_against_tanks/)