We are pleased to present another heavy hitting boat that will appear in the War Thunder naval warfare closed beta test very soon: the Project 122bis!

The large Project 122bis submarine chaser was developed in the Soviet Union on the eve of the Great Patriotic War. Unfortunately, the war prevented large-scale production, but immediately after the war ended, military command decided to increase the production of Project 122 boats, at the same time performing important modernization efforts.

The factories of the USSR turned out to be capable of producing Project 122a and Project 122bis at an impressive pace – enough to even export them to countries friendly to the Soviet Union. 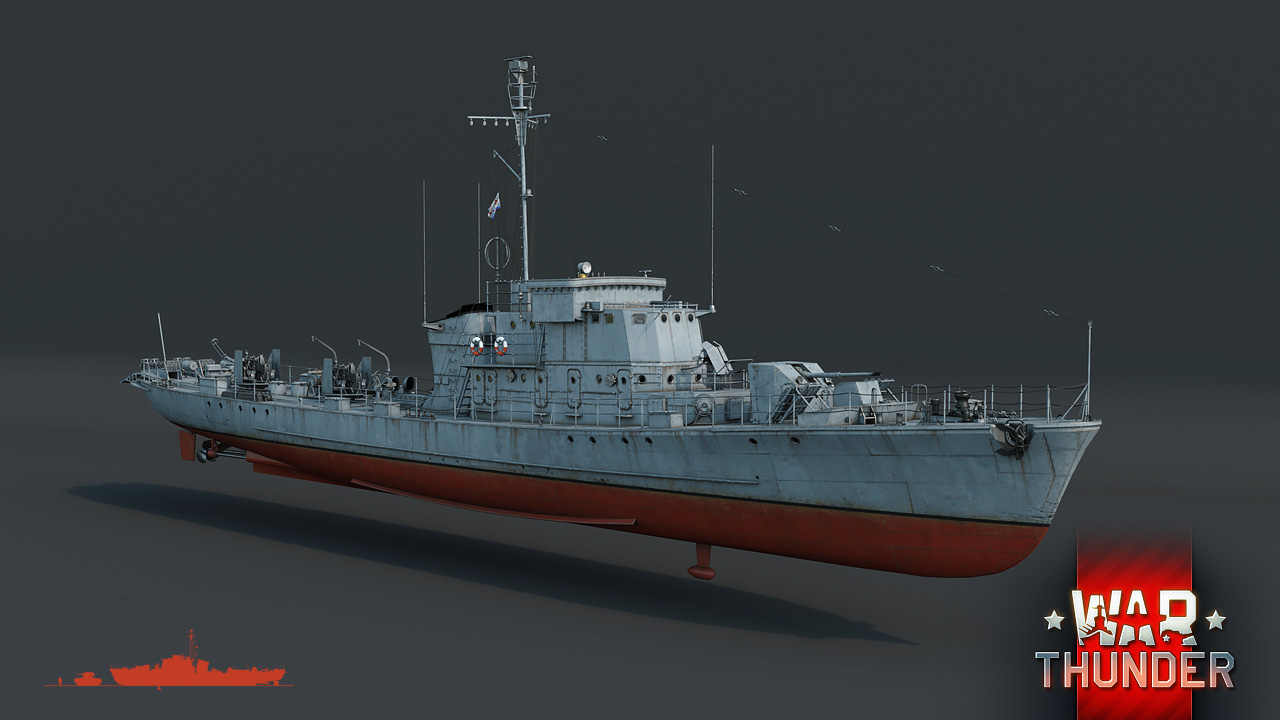 In War Thunder, we present to you the Project 122bis of the post-war production series. The boat has decent artillery armament: its main caliber is the universal 85 mm K-90 with armor-piercing and high-explosive shells – successfully backed up by a pair of 37 mm automatic cannons and several high-caliber machine guns.

The main features of the Project 122bis in War Thunder are depth charges and a special jet-powered bomb thrower for them. This is the first boat in the game with armament like this – the bombs can not only be dropped behind the boat, but also launched ahead and even to the sides! The bombs don’t fly very far, but their steep trajectory allows them to be thrown very accurately. The delay on the explosion of the depth charges will also add significant variety to gameplay – a small area in front of a moving enemy can be quickly mined to send the opponent to the bottom! It’s worth a go! 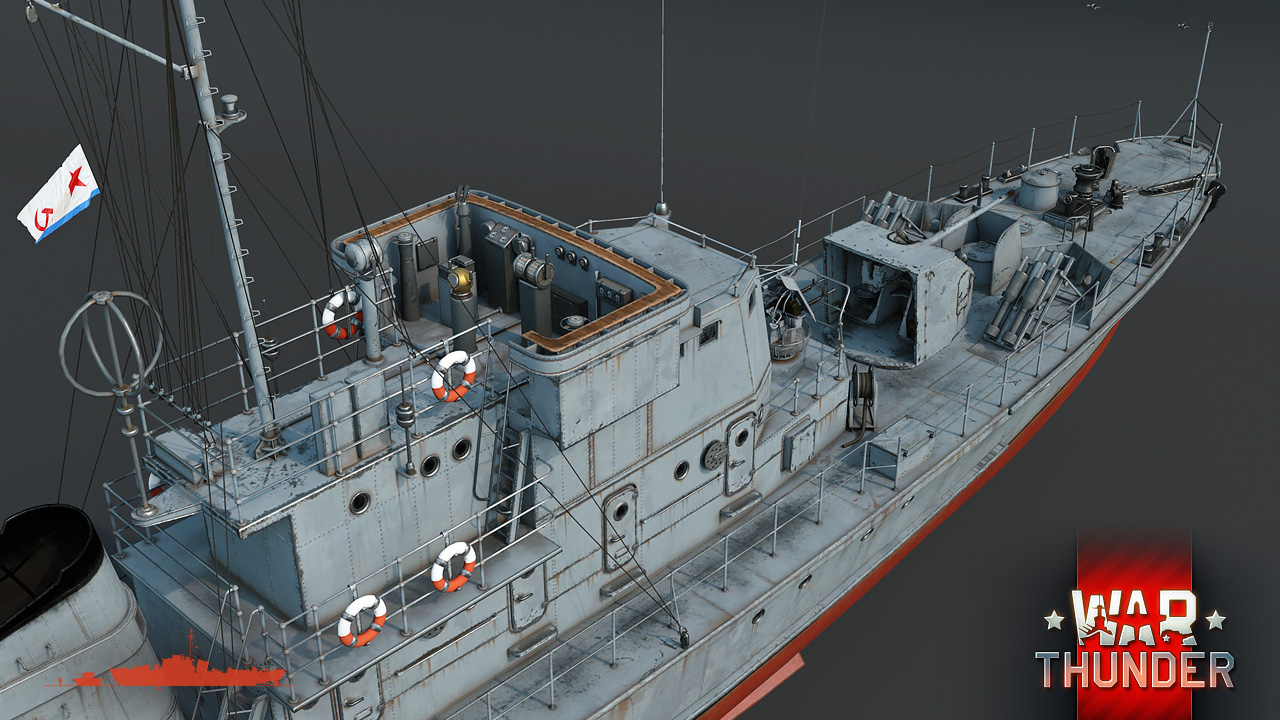 Keep an eye on our devblog and be the first to find out the recent news about new additions to the game!

Commenting is no longer available for this news
Rules
Marek624
9

will we see anything even bigger ?

we can always hope...

Sir_OverLord, I mean they never said never and it only makes sense i mean look at jets compared to biplanes lol

We will. Atleast destroyers.

Schwuppdich, That hasn't been confirmed. Ir's simply being discussed. Stop spreading misinformation. What you'll end up doing, if we don't get anything larger, is make people dissapointed in the game, and Gaijin will receive undeserved hate, for not delivering the things they never promised.

Hopefuly we can try it this weekend? :)

And by the way, the ships are not ranked in date but in size and armament

Schwuppdich, At first I was going to say "but all types of ships operated together in a fleet" but then I was like "...but does the same apply to boats? Maybe it does make sense to set boat BR/Rank while completely ignoring real world dates, even if it means a 30 year gap between opponents or teammates".

It may not be as high as you think, the Soviets were a bit behind in ship making.

If I look closely. so this boat and previous German are actually a little smaller and poorer than the average corvette. For example, a British corvette class Castle has a little more crew members, a little bigger gun or a larger displacement, but otherwise not much different.

It seems we are going to get around corvette class, apparently only for a period of time in the battle. I'd like to have them outright and have destroyers as in battle rewards.

"Puts on tin foil hat" ... ahem ... I'm telling you guys submarines are coming ... and when they do the skies will open, angels will sing and rainbows will dance all over the sky.

They come if gaijin knows how to implement them ^^

i agree why would they be adding 3D water, all this sub stuff makes me think so but im intrested to see how this works if they do get added

*peamster84, They dont really have to implement 3D water, they could make it like Steel Ocean.

So does this mean we will probably see submarines in the far far future ? xD

When Gaijin knows how to implement them, sure.

Submarines arent capable of fighting surface warships. They neither have the armament, speed nor the protection to do it. They are silent convoy hunters afterall. Especially since Gaijin doesnt want to alter specifications on vehicles in the game, they wouldnt stand a chance in the game. Submerged subamrines couldnt even catch a battleship. WW2 submarines went anything betweeen 6kn and 10kn submerged at max.

TheLordOfWar, But they are definitly capable fighting convois and Battleships can fight convoid too. And guess which gamemode has already been confirmed.

This is getting more and more interesting... nice job! I hope Gaijin accepts my application for the Closed Test :/