SBD-3 Dauntless - Slow But Deadly
14 January 2017 Profile
Attention! This news was published on the old version of the website. There may be some problems with news display in specific browser versions. 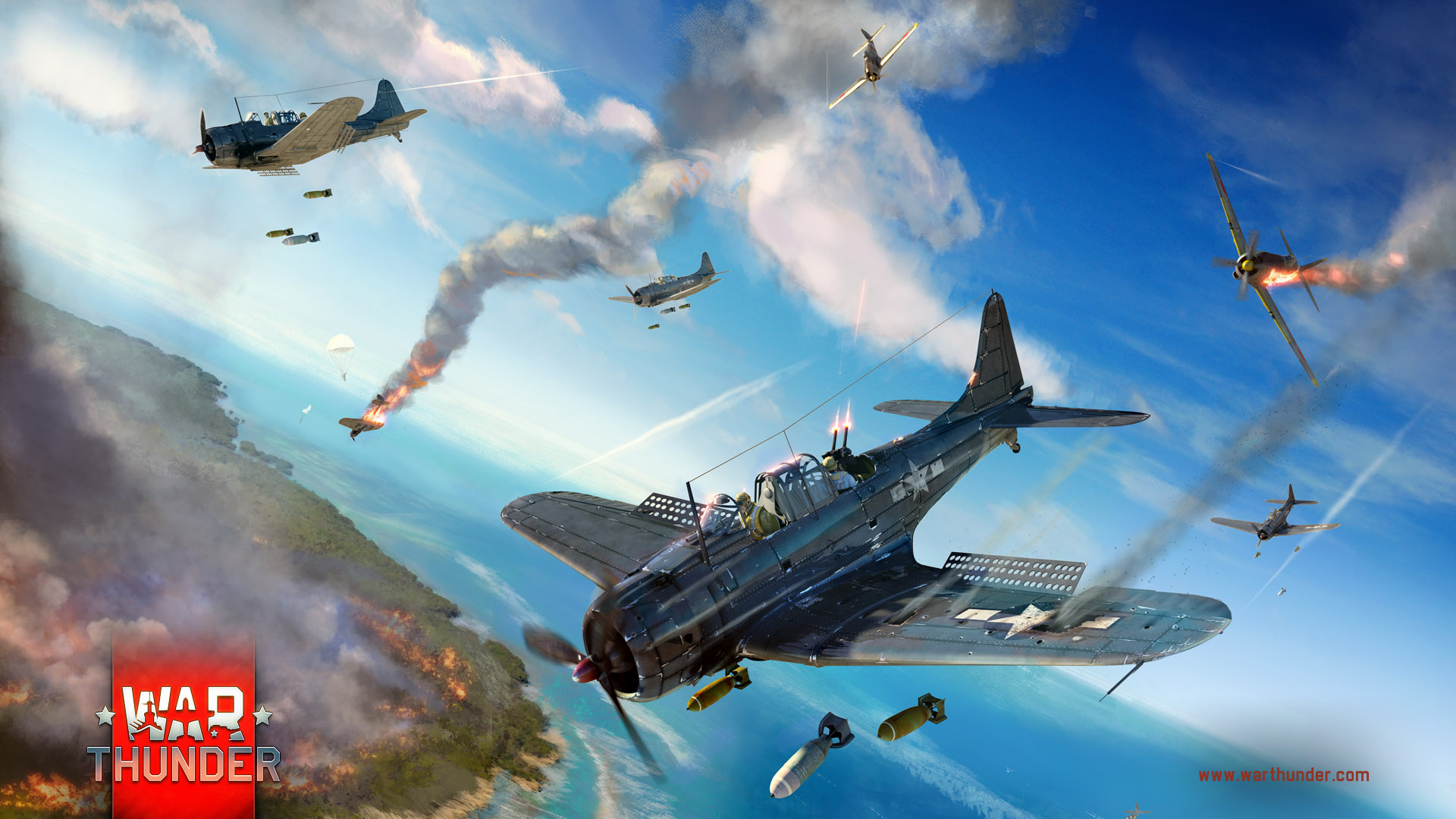 The U.S. Navy and Marine Corps were at the forefront of developing dive bombing techniques during the inter-war years and ordered numerous small batches of bombers from several manufacturers including Northrop. By 1939 they were flying a motley assortment of biplanes and monoplanes, none entirely satisfactory. Northrop had been taken over by the Douglas Aircraft Company and were developing an improved version of their BT-1 (Bomber manufactured by NorThrop, not to be confused with Soviet light tanks!), now designated SBD (Scout Bomber manufactured by Douglas) and named “Dauntless”.

The SBD corrected handling problems of the BT-1 and retained the perforated split dive flaps that allowed for controlled near-vertical diving, essential for accurate attacks. Small batches of SBD-1 and -2 variants were deployed for evaluation; further modifications made in readiness for combat included the addition of armour plating, a bullet-proof windscreen and self-sealing fuel tanks. The resulting SBD-3 was just entering service when Pearl Harbor was attacked in December 1941.

As in history, dive bombing in War Thunder is an accurate method of attack. The Dauntless typically started attacks from an altitude of 10-15,000 feet (3000 – 4500 metres) where the pilot would throttle back, extend dive brakes (by default assigned to the ‘H’ key in War Thunder) and dive at an angle of 70 degrees. Bombs were released between 1500 and 500 feet (450 to 150 metres), dive brakes retracted and the engine throttled up again as the pilot pulled out of the dive. This method works well in the game in Realistic and Simulator modes; in Arcade a player can take some liberties such as not using dive brakes as there is no need to worry about overstressing the airframe, although they can still be useful to more carefully line up an attack. 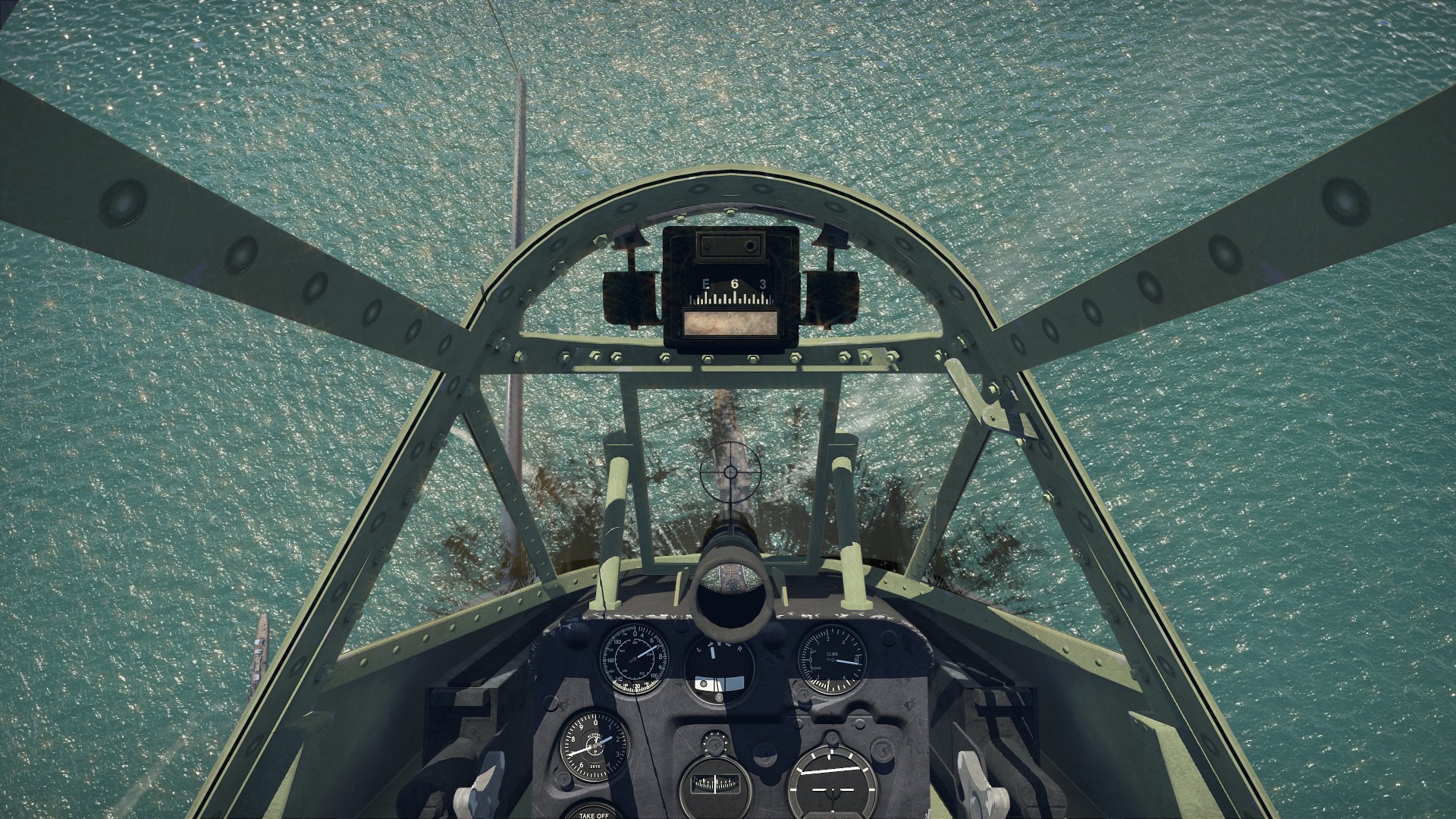 The finest hour of the SBD-3 was undoubtedly the Battle of Midway where they sank four Japanese aircraft carriers, a crippling blow that marked the turning point of the Pacific War. Naval maps are slightly unusual in War Thunder, when they do appear the Dauntless is ideally suited, able to operate from aircraft carriers and strike enemy capital ships. SBDs also operated on land, the mainstay of Marine bombing squadrons providing close air support to their comrades on the ground throughout the Pacific. This role is replicated in Ground Strike missions; for these the SBD’s 1,000lb bomb is ideal against hard targets, and the twin .50 caliber machine guns are excellent for strafing artillery, AA and armoured cars.

The MGs are also potent weapons against enemy aircraft, especially in Rank 1; if you can get the drop on an unsuspecting opponent the Dauntless makes a reasonable makeshift fighter. Though the claims are difficult to verify figures suggest the Dauntless had more air-to-air kills than losses during the war, impressive for a bomber! Attempting to run from enemy fighters is not the best idea; the SBD-3 gained nicknames including the somewhat sarcastic “Speedy Three” and more accurately “Slow But Deadly”. Dodging, weaving and timely use of air brakes can throw an opponent off, as can the twin .30 caliber MGs of the rear gunner. The air brakes are also useful in Domination missions to rapidly dump speed when landing to capture an airfield.

The Dauntless was intended as an interim stop-gap; the Navy really wanted the faster SB2C Helldiver that was capable of carrying a heavier bomb load. Though first flown in December 1940 teething troubles meant the SB2C did not see combat until November 1943, so the SBD soldiered on with SBD-4, -5 and -6 variants, the latter with more powerful engines. The Army also placed an order for a land-based variant, the A-24 Banshee, but never fully embraced dive bombing so it saw limited use. Dauntlesses were involved in all the major carrier-vs-carrier engagements of the war and even saw post-war action with the French Navy in Indochina, a fitting final chapter as the first batch of SBD-3s had been ordered by the French in 1940, being diverted to the US Navy when France fell.

The SBD-3 is a nice aircraft to fly, a good introduction to dive bombing in the U.S. tree, and its versatility against air and ground targets makes it a very useful part of any War Thunder line-up.

Commenting is no longer available for this news
Rules
Miku444
10

I agree, SBD-5 would be a great addition for the US...but...Before SBD-5, PLEASE fix the ship HITBOXES...On the subject of Dive Bombing, especially with the upcoming naval expansion, Its very disappointing and discouraging to have direct hits on ships with no register of contact. Is anything in the works for better contact/damage on AI ships?

SekritComrade, yes, I too enjoy my 500kg bombs clipping through destroyers.

I hope we get more SBD variants later on. One of my fav planes in the game.

Yes this plane is great when it comes to sinking ships, but sadly we cant use it this weekend.

If the bomb doesn´t go straight thru it and in to the water, because of hit-box miss-alignment.

Sebonotik, I haven't played in a couple of weeks. Is skip bombing broken too?

This is a profile, not a DevBlog tho.

This is a profile, not a DevBlog tho.

I think 1 of the icon plane of the pacific war