Updated model of the He 111H-6 bomber
29 July 2016 Development
Attention! This news was published on the old version of the website. There may be some problems with news display in specific browser versions. 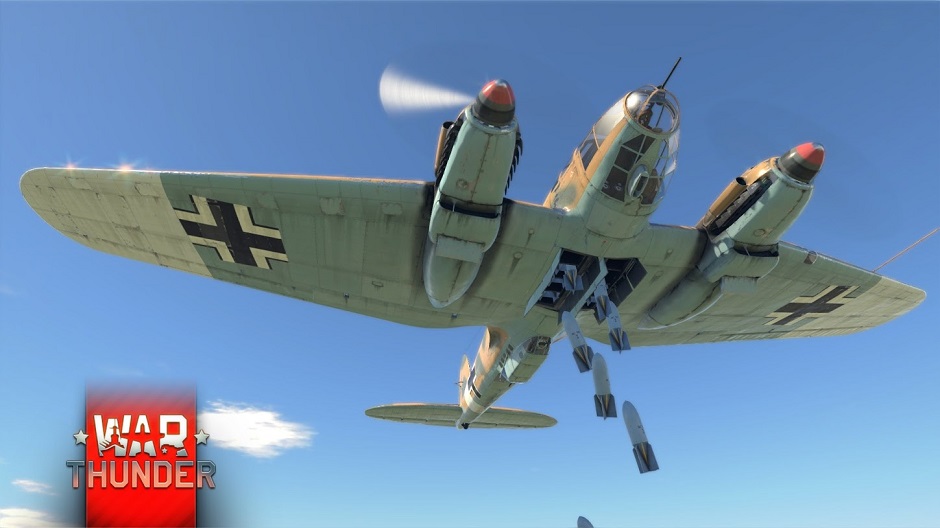 Excellent news for fans of German aviation:
one of War Thunder’s old timers, the He 111H-6 bomber is receiving an updated model!
In addition, we’ve fixed a range of bugs that were present in the old model.

The German Heinkel He 111H-6 bomber is a true old timer in War Thunder – this aircraft was among the first to arrive in our game. As you already know from our Developer Diaries, work on upgrading old vehicle models takes an important place in the list of our artists’ and modelers’ responsibilities. In update 1.61 Road to Glory, the German bomber will receive an updated model and texture, which includes the removal of various drawbacks in the old model.

The current in-game model of the He 111H-6 is noticeably outdated and no longer meets the quality standards that we set for vehicle models in the game. The new model of this regular of aerial battles in ranks II-III now has far more polygons and the new texture has a 4K resolution and has become far more detailed than the previous model. 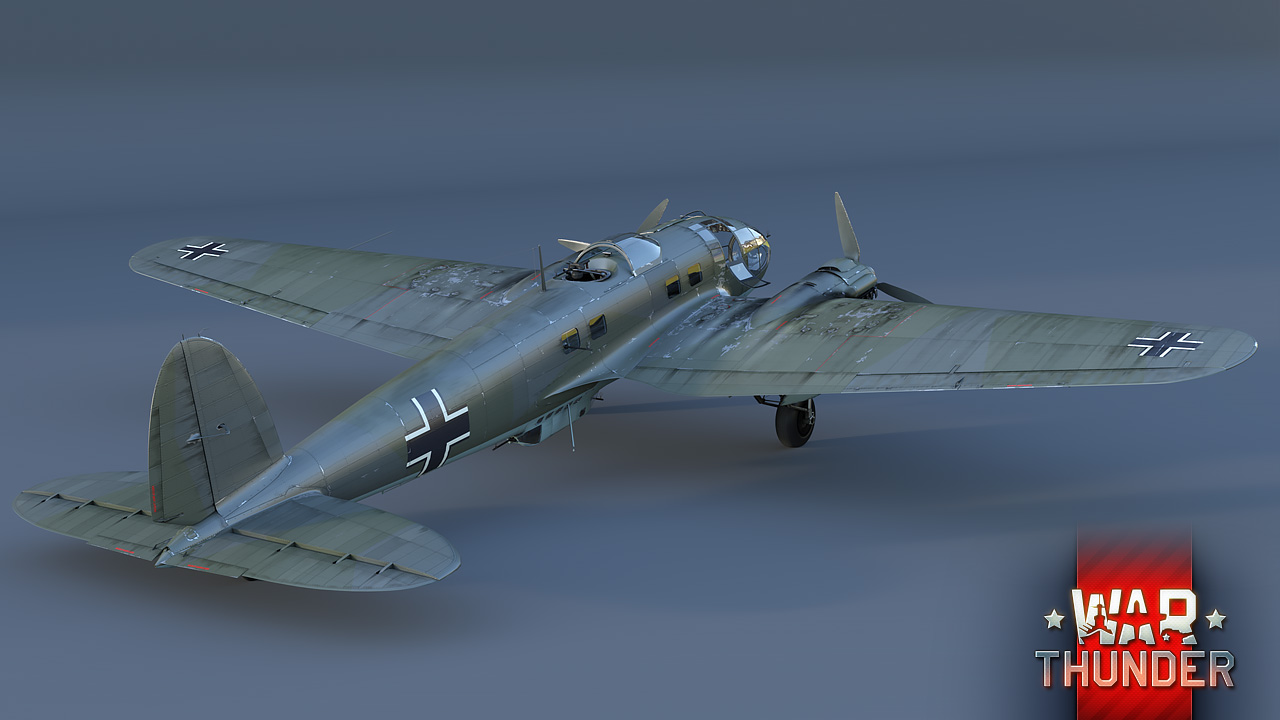 Alongside this model update, we have fixed a range of flaws present in the old version of the bomber. Firstly, the machine gun in the lower frontal mount point (the ‘bathtub’ under the fuselage) has finally appeared. Another machine gun has been added in the tail – it’s barely noticeable on the model, with only a few centimeters of barrel visible. In reality, it was absolutely immobile and served as a kind of scarecrow – the aircraft pilot has the ability to fire a volley from this machine gun from time to time which was intended to frighten off any fighters tailing the Heinkel. In War Thunder, this function will be implemented, but the machine gun will have a minimal field of fire on the vertical and horizontal planes, so that the player can have at least a small chance of shooting down chasing aircraft when firing this machine gun.

We’ve also fixed a bug in the geometry of the fuselage around the bomb hatch – in the new model, this area is implemented in accordance with technical documentation on the bomber. Another useful improvement: the bubble window on the upper turret will move to combat position, meaning the field of fire of this turret will be significantly improved.

Meet this rejuvenated veteran in the aerial battles of War Thunder in update 1.61: Road to Glory, and keep an eye on our news. See you in battle!

Commenting is no longer available for this news
Rules
przybysz86
15

BTW - what was wrong with old forum based feedback? in site comments everything lower than 2nd page is not even read by people so it's "whoever's first question section"

przybysz86, The site feedback is limited time and has no notifications as to if posts are deleted or replied to.

It would look even more beautiful if it had a cockpit.

Couldn't agree more. I rather would have seen a COCKPIT added, so we can actually use it in Simulator Battles. Has it been three years now since bomber cockpits were announced to come "soon"? We're still waiting :(

_DeadManWalking_, "soon" I think actually means "how can we shut them up for a while" lol

I love these model updates. Keep them coming. I seriously haven't flown some planes I researched years ago just because they looked ugly and outdated... this is beautiful 3d work really. Can't wait for RB EC to fly this thing and just enjoy looking at it.

Now, it will look beautiful getting shot down...

It will look beautiful when I will shot down all that allied aircraft trying to shot me down ;)

Stona_WT, knowing how most people do not know how to attack bombers that is more than likely ;)