News
back to news
Attention! This news was published on the old version of the website. There may be some problems with news display in specific browser versions.
Shop
1 June 2016 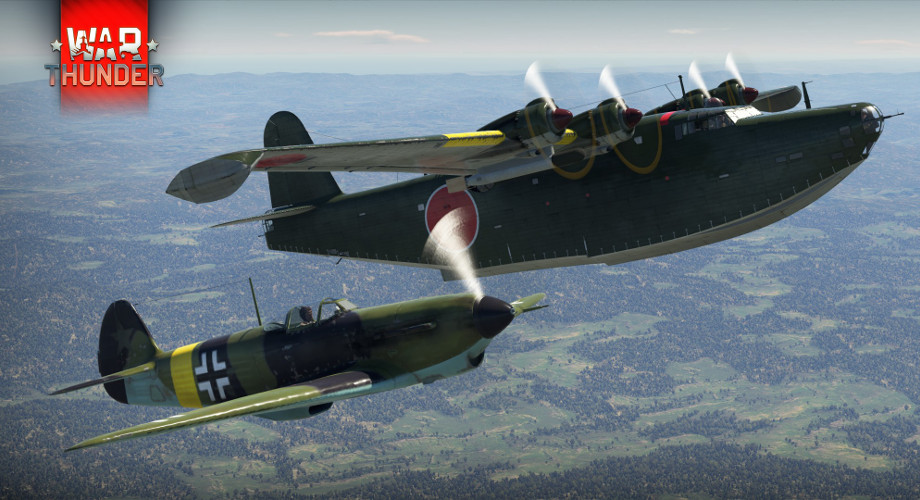 5 different premium vehicles from different nations will be available in the “Warbonds” shop.

Two of the five available vehicles:

Yak-1b (Germany) - The legendary Soviet Yakovlev fighter served a multitude of operations across its service history, so it was ultimately inevitable that this prized fighter would fall into the hands of the Luftwaffe! The German Yak-1B retains its excellent agility and performance at medium to low altitude that its Soviet counterpart displays. As well as this, its powerful centerline mounted 20mm ShVAK cannon and 12.7mm Berezin UB machine gun combination that makes the Yak-1B a favorite amongst many pilots. Don't miss your chance to add this treasured war prize to your collection!

H8K3 - The mighty Japanese Empire's Sea Dragon rises! This improved version of the H8K2 includes a number of upgrades to the airframe that improve the aerodynamics of the aircraft, such as its retractable floats that are incorporated into the wing structure whilst in flight. This impressive Rank II Premium can carry a range of payloads into battle, including an impressive 2 x 800 kg bomb load or 2 x Type 91 Mod 2 Torpedoes that make it invaluable for anti-maritime work. Fans of Japanese aviation and flying boats will not want to miss the opportunity to grab this unique aircraft.

You will be able to purchase the following items:

Battle tasks - these individual tasks bring variety into the gameplay and prevent situations when all the players in a battle try to complete one specific task ignoring mission objectives needed for a victory. They are available for players that have reached the 3rd rank of any nation. For completion, the player will receive Silver Lions and Warbonds - special in-game currency with their own shop, where you can purchase a lot of different items.

You can read more about battle tasks and war bonds in our devblog.

Enjoy the new items available and see you on the battlefield!

Commenting is no longer available for this news
Rules
ekslin
11

You should count the hours. I am curious of how many it takes. I am happy for the warbond shop. Good idea, but the prices are untouchable for any vehicle for me.

I got the H8K3 a while ago thinking they would never add it to the shop because of its price, but seeing this today, I kinda feel scammed.. :/

Need to be a no-lifer with daily logins to complete it... Stop giving crumbs to hardcore players and fix de MM, BRs and bomber spam, so you can receive fidelity from players.

No you don't need to be a no-lifer. You just need to play smart. I manage to get top premium vehicles every month and I never play more than 7-8 battles a day (plus I skip a few days or just do first two tasks which usually take 1 battle each).

slavoyew, Well, I can't play everyday, I have a job.

Guess what - other people have jobs and families as well, and they still do those tasks. So don't insult others over something you can't do.

Sweet decal that I will never get because I don't have the time to get enough war bonds with offline life getting in the way...

Decal costs 1300 bonds. Doing ONLY two first tasks gives you 1800 bonds, and first two tasks should take you 1 battle each...