World War, Battle Ratings & more, Pt. II
28 April 2016 Development
Attention! This news was published on the old version of the website. There may be some problems with news display in specific browser versions. 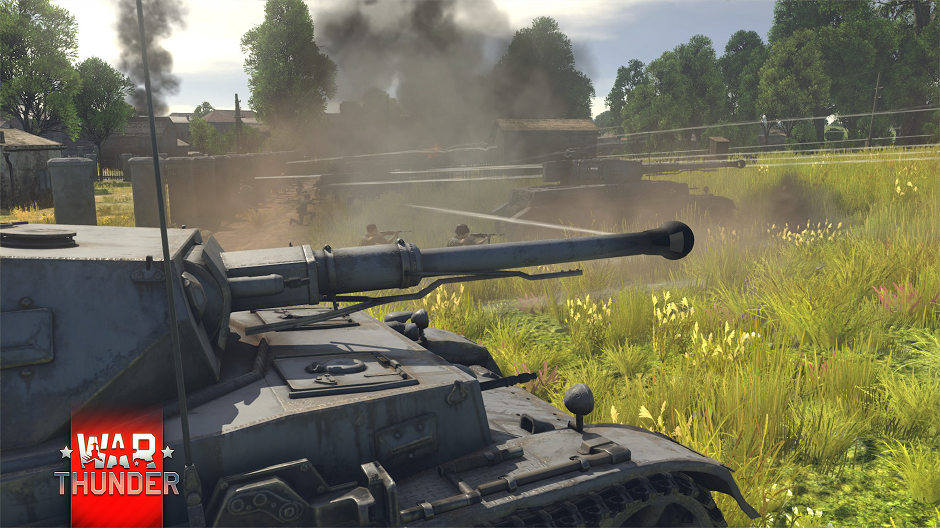 In the previous devblog, we talked about battle ratings. We now have an announcement - a new mode, which is eagerly awaited by many of our players.

Already at the alpha stage we were thinking how to make it possible for the players to reach the full potential of the vehicles in War Thunder, them being so thoroughly recreated including the machines that are not so popular in Random Battles.

This is how we came up with an idea to create a separate mode. At its core, this would be a game within a game that would most accurately represent large battles, where it would not just be important for your team to win. The way in which victory was achieved, at what cost, what it managed to destroy and which tactical goals it managed to achieve, as well as the numerical advantage and the effectiveness of their vehicle usage would also be important.

A mode that models war on a larger scale, but obviously without considering economics, diplomacy and politics—decisions that would only show their effect after months or even years had passed. However, this mode would have battles that would consider the strategic situation, tactical decisions and the tasks facing the army.

A huge amount of work was required to even start developing this kind of mode. Any wars and battles end (and often start) on the ground. Victory can be determined in the air or the sea, but there is no way to finish a war in these theatres. The number of vehicles and the functions that need to appear in the game for this mode (even if it only covers a few months of a particular period of history) is staggering. There were also many technical issues that needed to be solved, hundreds of models that needed to be fine-tuned and reproduced in detail that required hundreds of man-years of work from our most experienced specialists.

This is why we knew that we could not start work on this in the near future following our Open Beta Test. In fact, when the game was prepared for this kind of mode to appear it would signify the end of the Open Beta Test and the opening of a new phase.

A mode of this kind will let players try battles which are as close as possible to the things they would like to try when they read about any type of battle (apart from ‘duels’ and other ‘equally matched encounters’ that appear in memoirs only rarely).

The working name for this mode will be “World War”.

Soon after the launch of the Open Beta Test we decided that launching this sort of mode (even as an alpha version) would mean that work on the main features of the basic game mechanics would be complete and that further development of the game would focus on the integration of all types of vehicles into global battles. Naturally, Random Battles which are the main game mode of War Thunder change less with time as all the basic mechanics are increasingly complete, such as the physics, damage system, different types of armament and other features. We hope that the development of this mode will hopefully not be as lengthy, but most changes that affect the majority of players will happen less and less often as the main game systems and rules of battle mature and improve.

World War mode is planned to be several large scale operations, where each battle is important and where it can influence the Operation as a whole. A lengthy and dogged defensive action comprised of a series of many battles against superior enemy forces can have a decisive impact on achieving victory in the future, bring in reserves or prepare a counter-attack.

Even a tactical victory such as the capture of a staging area or river crossing, or a breakthrough behind enemy lines can be useless in the end if the cost of this victory was too high — or it could have a decisive effect on the outcome.

This is why everything that happens in Random Battles between 30 players and two teams can happen with battalion sized units in this mode. Likewise, instead of discovering the enemy and opening fire, a battle will take place in World War Operations.

Other vehicle applications are an organic result of the persistence of operations. For instance, parameters such as the range of aircraft and the range of ground vehicles can only become important characteristics at the appropriate scales. Naturally, the operations will be developed based on real major battles from World War II, with the necessary adjustments to create equal chances of victory on both sides as much as possible. This way, these will be larger battles with more depth that will probably last for a number of days and consist of a multitude of episodic battles, with the results affecting the overall picture.

Keep up with our updates as we are about to enter a new exciting phase in our development.

Commenting is no longer available for this news
Rules
lph0enXl
25

This sounds like a real huge project. I am eagerly awaiting how this mode will be done, and how it will work gameplay-wise.

World-war mode, very nice idea. D-day anniversary will be the release date for HoI IV, I'll be doing some world war of my own I guess.

First time when I saw that World War tab...I knew it will be something amazing and huge :) I want to say thanks to all Gaijin team members..thanks for your hard work and making the game even better.

Feel the same thing, even though this article might not say much about the mode itself, I'm getting goosebumps of excitement reading it

can we get an article with actual information and not a waffle piece?

This Dev Blog is a sneak peak as to what is to come. As this develops further we will reveal more, but right now, its very early days.

Enduring Confrontation is one step in the grand scheme of things :)

Why you removed the ability of commenting in the forum. as well ? Commenting here is worse for the user.

Commenting here is actually a significant improvement as it allows many more people who dont use the forum or have never even signed up to the forum to interact with the community and become involved with news and events.

But I cannot even edit what I say here, plus I still need to log in to comment. I had to do that despite the site telling me I was already logged in too. Why can't we have both?

Sounds good to me, carry on with the work. ;)