World War, Battle Ratings & more, Pt. I
27 April 2016 Development
Attention! This news was published on the old version of the website. There may be some problems with news display in specific browser versions. 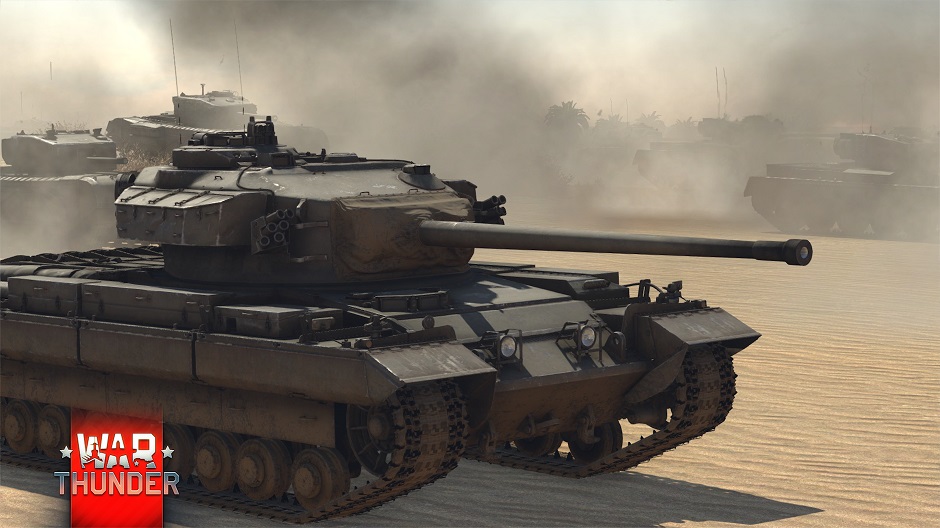 This approach has several advantages for players, including the chance to use the game as special interactive library and the opportunity to check ‘whether a whale is stronger than an elephant’, an opportunity to compare vehicles in battle that never faced each other in real life combat.

If the players are justified in thinking that a particular vehicle was different in real life to the way that it is portrayed in the game, then the game will be changed to match, sooner or later (if the evidence they present is correct and reliable).

We are constantly working on ensuring that the performance and special features of all vehicles are well detailed both in terms of the setup of individual vehicles as well as the overall model.

Some of our recent additions include the introduction of advanced thermodynamics as well as improving the shell explosion model.

Naturally, some allowances do have to be made as long as the game stays a game, but we still try to bring everything that you can experience in a 5-30 minute battle into the game. The main allowances are related to the crew and to vehicle repair, which affects in-game tactics in certain ways, but does not change what will happen to your opponent straight after you fire or the way they move into firing position.

There are many that believe that the developers consider vehicles with the same Battle Rating to have the same combat effectiveness, but it does not work that way at all. This rating only determines the possible opponents (this becomes obvious when you look at bombers and fighters). The basic premise of Battle Ratings is that they affect the tables of possible meetings in battle (see the related development blog).

Before Battle Ratings were introduced, aircraft were balanced according to their ranks. There was approximately the same number of ranks as there are battle ratings now and they were used in exactly the same way to determine possible opponents (but in those faraway times the fork was much wider, with +\-5 ranks). The availability of different game modes with different types of tasks and special features required different tables to be used for each mode (i.e. their own Battle Ratings).

Any changes to the width of the fork of the Battle Ratings that appear in battle and the Battle Ratings of the vehicles themselves are based on statistical data, analysis of player opinion and by considering which vehicles can meet in battle and the way it can affect the results of the battle (as opposed to thinking that because two vehicles are approximately equal, they should have the same BR—sometimes this is the case, but not every time).

We often hear that the balance should be adjusted in some other way, that it should be ‘historical’ or based on technical characteristics. There is no such thing as historical balance in any way, shape or form—there were few battles that were fought on equal terms as strategists always try to have the greatest advantage even before the battle. Another consideration is that the two sides of most battles would have different objectives—the mission of one side might be to occupy a staging area, while the other side could be trying to inflict the maximum possible losses on the enemy, or to delay them until the reserves arrive.

For example, fighter aircraft could be designed to fight bombers (in this case, with more powerful armament and greater speed), or to escort long range bombers (here they would have to be able to achieve long ranges and be able to operate effectively at the heights that bombers fly, while powerful armament is not as important). There are other typical tasks—anti-aircraft defence, patrolling, reconnaissance, assault, coastal defence and night missions. All of these applications affect the technical characteristics of the vehicles. Their historical effectiveness was affected by both their characteristics compared to other vehicles and the number and specialization of possible opponents.

Another significant factor that affected the popularity and effectiveness of vehicles was the ease of crew training, their predictability in the hands of the pilot and ease of servicing and repair. Any vehicles that had not been fully developed and were unreliable or overly complex were rarely the pilot’s favourites and it was rare for them to display their powerful sides.

In every situation, most vehicles could also be used against other vehicles—this flexibility is another positive aspect. However, every vehicle also had its main role and purpose. Quite often, the same vehicle model was re-purposed or modified to fulfil new objectives when they appeared as well as when it became obsolescent.

Sometimes, vehicles were made to be used under the conditions of numerical or air superiority, sometimes only for defence and sometimes only as part of units that required support from another type of vehicle and other specific uses.

Neither their years of service, the years they were designed and accepted for armament nor the battles in which various types of vehicles fought each other show that they were equal.

The use of tables instead of Battle Ratings provides a possibility of using more precise settings (at least, it allows for different tables to be used for different countries) but also makes them harder to understand and interpret. It then becomes impossible to identify who you will ‘meet’ at a glance, as tables of changes during upgrades would take up many times more text than what is used for all the changelogs at the moment.

This is why there is no reasonable alternative to our Battle Ratings and most players have acclimatised to the current system which leads us to discussing the road ahead.

In the concluding part of the this devblog, we will talk about a new mode, where players
will be able to realize the potential of the game mechanics. Don’t miss it!

Commenting is no longer available for this news
Rules
Laisy
40

So basically, they are telling us balancing the game is a pain in the neck? Well, I don't blame you devs, you did a pretty good job if you ask me.

for the aviation part i totaly agree! i can handle all kind of planes with all kind of planes : ) but ground forces, well thats way to inbalanced in my oppinion currently. but iam sure, as soon as we get EC for ground forces, most issues will be solved with it. bigger maps, endless spawns, takes time untill you cant sit into better vehicles,... balancing ground forces is seriously hard if you wanna use realistic datas! We can see this at tier 5 aspecialy : )

@commander Don't forget that's down to how the vehicles are used, Ru is "focussed" because in fact it is the most popular nation in game so additionally you will always see a lot of them in game.

When i read through these comments, im always astonished how IGNORANT people are. They have no evidence for their false disproven statements but they are still repeating them like parrots. P.S. Cant wait for World War mode! Finally a reason to join a squadroon. :)

I have observed most of these statements for over three years and are you calling them ignorant because of the lack of knowledge or are you meaning STUPID, which in turn you would be violating War Thunder Policy about not insulting other players, so which is it? They must have something to protest about if they keep repeating the same thing

I love this new series of informativ Dev blogs about the how and why. Hopefully that will ease the number of tinfoil hats.

It will be one more year to put that ideia in game, the snaill isnt very fast. They love make players wait for years.

It's sad it came to this, you having to address the whole community using world war click bait. As far as I can tell you are doing as well as can possibly be done, doing it not because it is easy but because it is hard (the JFK moon shot), far better than any other attempt in existence. I'm sure your ships will destroy WOWS as you have the balls to use realistic algorithms and physics rather than boring old reliable: "hit points".

@tnix80 thanks for your comments, but they really are related to each other, it was one article but was really long and most normal people fell asleep before the end. 8)

@Fliegel you know it, personally i love text heavy stuff, but im in a minority 8)

i hope for big maps with many different strategic missions and fascinating buildings like factories, military bases and such.