News
back to news
Attention! This news was published on the old version of the website. There may be some problems with news display in specific browser versions.
Profile
11 January 2016 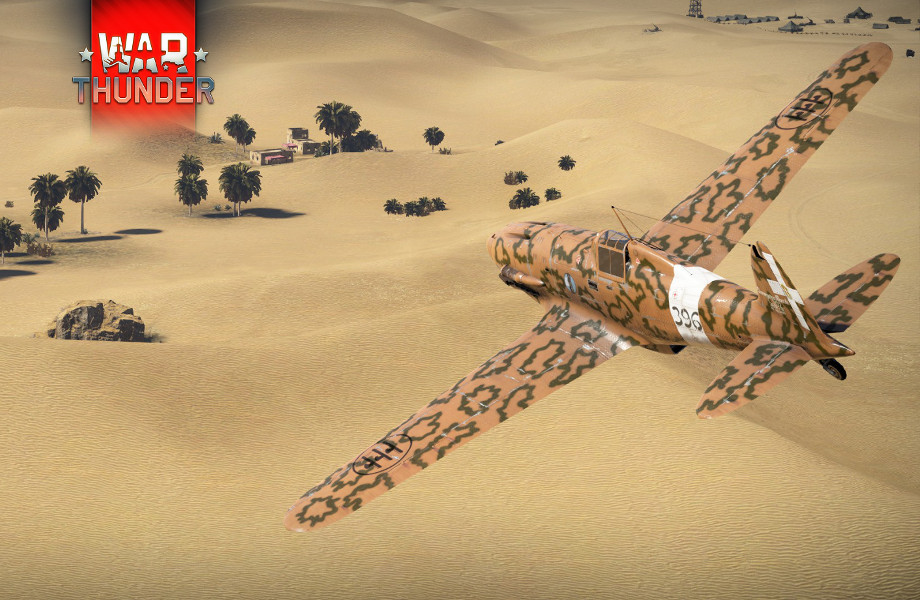 Tripoli, the largest city in Libya, acknowledged Italian sovereignty in 1912 following hostilities between the Italians and the Ottoman Empire. It was in this city that Adriano Visconti was born to Galeazzo and Cecilia Dall’Aglio Visconti on November 11th 1915. Hailing from an aristocratic lineage, Galeazzo Visconti had first moved to North Africa in 1911 as part of a colonization expedition. After finishing school, Adriano Visconti joined the Regia Aeronautica (Italian Royal Air Force) in October 1936 and enrolled at the Accademia Aeronautica, one of the world’s first specialized training institutions for commissioned entry into an air force. Visconti completed officer training and received his commission as a Sottotenente; his basic flying training commenced on the Breda Ba.25 biplane trainer before moving onto the more powerful IMAM Ro.41.

Qualifying in 1939, Visconti was posted to 159a Squadriglia, 50° Stormo, which operated the Breda Ba.65 ground attack aircraft from Tobruk on the north coast of Libya. A veteran of the Spanish Civil War, the Ba.65 was nonetheless outclassed by many contemporary aircraft of the same role. However, following a disciplinary incident, Visconti was sent to 23ª Squadriglia of 2° Gruppo Aviazione Presidio Coloniale, where he flew Caproni Ca.309s in the reconnaissance/army liaison role.

Following Italy’s entry into World War 2 in June 1940, Visconti’s Stormo found themselves facing the British Royal Air Force in the skies of North Africa. Visconti was awarded the Medaglia di Bronzo al Valore (Bronze Medal of Valour) when he successfully piloted his vulnerable Ca.309 during an operational sortie, during which he evaded the attacks from three Gloster Gladiators of No.33 Squadron RAF. Shortly after this he returned to his squadron in 50° Stormo, where he remained until January 1941, receiving two Medaglie d’Argento (Silver Medals) before his unit was disbanded due to their overwhelming casualties.

Now promoted to Tenente, Visconti was now sent to join 76a Squadriglia, 7° Gruppo, 54° Stormo based in Treviso in northern Italy. He would now change his skill set to apply to a new challenge which would see out the rest of his career – that of a fighter pilot. 76a Squadriglia was equipped with the Macchi MC.200 Saetta (Arrow), an agile single seat fighter and the most modern aircraft Visconti had flown to date, but lacking in speed and firepower. Soon settling into his new role, Visconti spent the majority of 1941 engaged in bomber escort duties and aerial reconnaissance sorties over Malta.

In late 1941 the newer and deadlier Macchi MC.202 Folgore (Thunderbolt) began to equip units of 7° Gruppo, and in early 1942 Visconti began flying the sleek, new fighter on photo reconnaissance sorties over Malta. Throughout these early years of the war, a near constant trickle of supplies was required to keep the strategically vital island of Malta alive and in allied hands: mid-June 1942 saw two of these convoys simultaneously attempt to resupply the island from different directions. Operation Harpoon – a convoy from Gibraltar – was coordinated with Operation Vigorous from Alexandria. Both convoys were opposed by axis forces and on June 15th, in the air battle above Operation Harpoon which would become known as the Battle of Pantelleria, Visconti shot down a Bristol Blenheim. On August 13th, whilst on a two aircraft reconnaissance sortie, Visconti and his wingman were jumped by four RAF Spitfires. Visconti engaged and shot down two Spitfires, allowing the second MC.202 to complete the sortie. He was awarded another Medaglie d’Argento for his skill and courage.

Visconti served in Greece before being promoted to Capitano and taking command of 76a Squadriglia as 54° Stormo was deployed in Tunisia in March 1943. In the brief weeks of fighting which led up to the axis surrender in May, Visconti was credited with two Spitfires and a P-40, as well as several other probable victories. Sharing a cramped cockpit with a fellow pilot, Visconti escaped the allied advance by flying to Sicily. Given his wealth of experience carrying out high speed, daylight reconnaissance flights over Malta, Visconti was given command of 310a Squadriglia Caccia Aerofotografica, a newly formed reconnaissance squadron equipped with modified Macchi C.205 Veltros (Greyhounds) which were based east of Rome.

The squadron was heavily involved in providing intelligence to command during the allied advances of autumn 1943. However, following the Armistice of Cassible in August 1943, Italy was plunged into anarchy as the nation officially left the axis to join the allies; thousands of Italians still remained loyal to Mussolini and the axis powers and fled north. Visconti was one of these men – along with another two pilots the trio amazingly flew their fighters away from the allies each with four men crammed into the cockpits and fuselage.

Now with respect and experience to back up his natural charisma, Visconti was instrumental in setting up the Aeronautica Nazionale Repubblicana, the air force of the Italian Social Republic which remained allied with Germany after the Italian armistice. Visconti was initially given command of 1a Squadriglia Caccia of I° Gruppo ‘Asso di Bastoni’ before being promoted to Maggiore in May 1944 and taking command of the entire Group. Flying C.205s and Bf109Gs, Visconti shot down two P-38s and two P-47s prior to the ANR’s surrender; very possibly he shot down more but sources disagree on his wartime exploits.

Adriano Visconti led his men up until the final days of the ANR’s contribution to the axis war effort, flying against near impossible odds to intercept American bombers and their escorts in the skies over Italy. In April 1945, following the cessation of hostilities in Italy, Visconti met with partisan leaders to discuss a surrender of his men. Agreeing to a peaceful surrender and the safety of his men being guaranteed, Visconti signed the surrender document. Shortly afterwards he was summoned from his quarters by partisans for what he was told would be a routine interrogation. As he and his aide crossed the courtyard where they were being held in Milan, both men were shot in the back.

A much loved and respected commander of men, Visconti’s life and career would spark controversy nonetheless. When many of his fellow countrymen sided with the allies, Visconti chose to remain loyal to Mussolini which would trigger a great many accusations. Visconti actually had no great allegiance to Hitler or the Nazi party – he ordered his Group’s fighters to have Italian insignia painted over the German crosses they had been delivered with – but he truly believed that Mussolini’s regime offered the best future for the Italian people, and that was where his loyalty lay. With many records destroyed during the fierce fighting in Italy it is now impossible to confirm Visconti’s final tally – sources place the number between 10 and 26 victories. If the latter number is true, Visconti was the highest scoring Italian ace of the Second World War. Either way, many regard him as the Italian ace of aces.