The Cruiser Tank Mk IV: A13 Mk II
17 December 2015 Profile
Attention! This news was published on the old version of the website. There may be some problems with news display in specific browser versions.

Let's celebrate the holiday season using the introduction of the British Ground Forces tree! As you know, one way to take part in the CBT is by becoming the owner of one of the British Pioneer packs containing Premium vehicles. Time to take a closer look at one of these machines!

Don't forget to collect the British Premium A13 Mk.I RTR for only a single victory in Random Battles between the 19th and 21st of December! 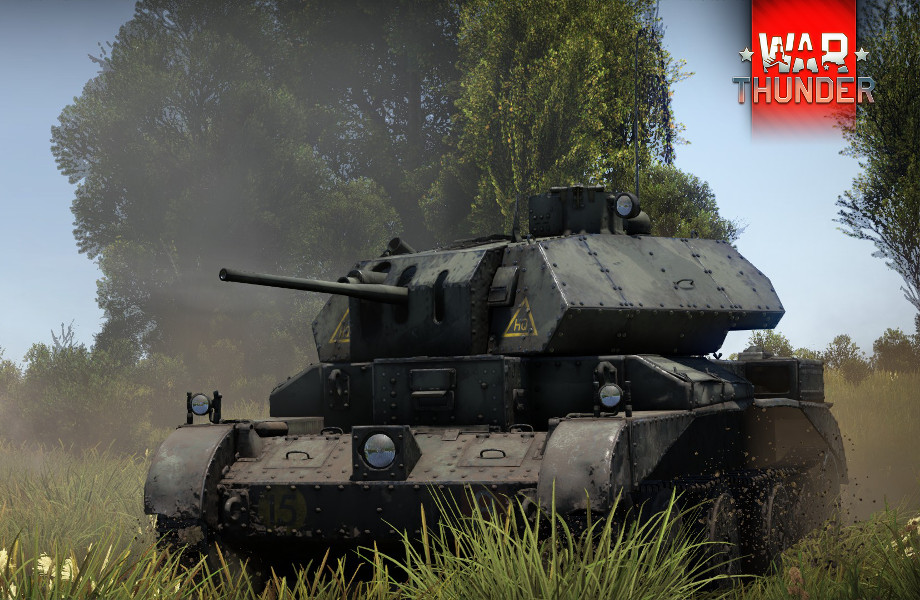 After WW1, many nations were contemplating the design and role of armour in future warfare. The British turned to its world-leading navy for inspiration for its “land battleships” (in fact it was originally called the “Landships committee”), and by the early 1930s decided on two different armour strategies. First was the “infantry tank” - designed to move with infantry, since speed was unimportant these were heavily armed and armoured. The other was the “cruiser” - like the ship class, armament and speed were emphasized over armour.  The “General Staff” number A9 was eventually assigned to be the first of the Cruiser tanks, the Mark 1 (Mk I); a boxy tank with 12 small wheel bogies, 2 machinegun turrets, and a main turret with an Ordnance QF 2-pdr cannon (a few had a 3.7 inch howitzer). Soon after, a slightly up-armoured Cruiser Mk II (A10) was made, but both had small production runs as work progressed on a new, more promising drivetrain.

While the British were aware of John Walter Christie’s fast tank designs, they did not fully commit to it until they saw the Soviet Быстроходный танк 5 (BT-5) in action (see previous article on BT-5). With vigour they spared no effort to acquire one for themselves, but found obstacles from the US government. Even more conniving than the Soviets when acquiring their samples, the British cut down the Christie tank until it could legally be shipped as an “agricultural tractor”, all the removed parts and turrets tossed into crates labeled “grapefruit” and successfully shipped to UK (the Soviets did not have to go through that much trouble).

Unlike the Soviet BT series which kept the fundamental aspects of Christie’s ingenious design intact, the British melded the suspension and drivetrain to its boxy A9/A10 tank. To insure speed, armour was minimal; while the resulting Cruiser Mk III A13 Mk I and turret armour upgraded Cruiser Mk IV A13 Mk II was clearly faster than other British tanks it was slower than the BT or US M2 Stuart.

This is well reflected in-game with a practical off-road top speed of 27 mph (43kmh), but acceleration is unremarkable and reverse speed is laughable (3mph/5km/h).  It handles terrain well, but maneuvering robs speed quickly. Due to the rush to get the model ready for the impending conflict and insufficient training, the resulting production model had many teething reliability problems that dogged its service life, particularly with its drivetrain (despite removing the trackless mobility); fortunately these are not present in-game.

There are two significant challenges to playing the Cruiser tanks (all Tier 1, BR 1.0 to 1.7) - well, three if you consider the convoluted name - for example the Cruiser Mk IV (A13 Mk II), meaning 4th Cruiser variant, 2nd model under the A13 General Staff number. Practically the only difference between the A13 “Mk I” and “Mk II” is the addition of highly sloped widely spaced 14mm armour applied to the sides and rear of turret but only partially covering the front. Even with this the Mk IV has the weakest armour in the game, with a many areas vulnerable even to machine guns!  Always face the attacker as by far the strongest armour is at the front, the sides are figuratively paper thin. If you are attacking one, even a little flanking will greatly increase the chance of kill.  When playing the Reserve “A13 Mk I”, be extra stealthy, and be especially alert for .50 armed tanks!

The last is its 40mm 2pdr gun. It has very good penetration and range, however it had only 1 category of round, solid-shot armour Piercing (AP) (no explosive filler)! On top of that, the 2 AP rounds’ penetration transition point is about 440 yards (400m) so one may have to switch types often.  Don’t get me wrong, the 2pdr is a potent weapon.  The default “Shot Mk.1 AP/T” rounds penetration is 80mm at 10m with 61mm at 500m. The upgraded round, “Shot Mk.1 APCBC/T”, has 74mm at 10m, but is 64mm at 500m, and double the AP/T penetration at 2000m (make sure you research this before anything else!). Getting criticals on enemy armour is not difficult, but a kill is mostly from knowing location of critical points (crew, ammo, fuel). Naturally it does have the standard HE shell common to tanks in game have with its limited usefulness.

Survival techniques with such thin armour and lack of APHE shell types usually involve making use of terrain cover and stealth. While it is possible to fire on the fly due to its stable suspension, the necessity to target critical areas negates this tactic. With good cover/stealth it is possible to rack up kills. I suggest reducing the ammo load to 1/2 of the maximum to avoid internal detonation, assuming the remaining shells are stored in a more protected location.  And naturally is Crew Experience!  Fortunately one needs very little Crew XP to unlock purchase of Expert mode ( SL).

Historically, the Cruiser (A13) was not overly successful for the reasons reflected in game. Its good speed and terrain “chops” kept enemies looking over their shoulders, but couldn’t effectively stop their advance.  The limited success more a result of delayed policy and “committee design” with a rush to action instead of being a bad design, it still resulted in a fugacious lifespan, soon replaced by the “Cruiser Mk VI A15”, known as the “Crusader” series!    Regardless, it was a key evolution in and a new trend for British armour that eventually produced some of the best tanks in the world; a very British product born from John Walter Christie’s brilliantly designed concept.