M4 Sherman [Decal Included]
8 April 2015 Vehicle Profile
Attention! This news was published on the old version of the website. There may be some problems with news display in specific browser versions.

In 1939 it was becoming apparent that most of America’s tank arsenal was quickly becoming obsolete. The advance of the Wehrmacht in Europe concerned American top brass, prompting them to campaign for the modernization of US armor. The main problem was the armament - many tanks were armed either with only .50 cal. machine guns or 37 mm guns, which were deemed as unsatisfactory. There was, however, a saviour - the 75 mm M3 tank gun. However, at the time no turret was available to mount this cannon. The stopgap measure of mounting this weapon on a mobile platform was the M3 Lee - a medium tank based on the M2 Medium, armed with the 37 mm gun based in a rotatable turret and the 75 mm gun mounted in the side sponson on the starboard side of the vehicle. In August 1940 drawings of a new vehicle armed with the 75 mm gun were submitted by the Ordnance Department. In April 1941 the T6 prototype was chosen to be mass produced. It would then become the M4 Medium Tank, also known as the "Sherman" by the British (named after General William Tecumseh Sherman).

The new tank featured many already proven features, such as a radial petrol engine in the rear of the vehicle, a Vertical Volute Spring Suspension system and sloped frontal armor. The turret was made out of cast homogenous steel, while the hull was composed from welded homogenous armor plates. The armor profile and the armament of the Sherman made it superior to the Panzer III as well as Panzer IV tanks equipped with short barreled 75 mm guns. However, the 75 mm armed Shermans later proved to be inferior to newer German tank designs such as the Tiger and the Panther, as well as modernised Panzer IV models equipped with long barreled 75 mm guns. Still, they were liked by the crew that used them for their reliability and internal comfort, while the 75 mm High Explosive ammo proved to be very successful in destroying enemy strong points, AT gun nests and bunkers. Overall, over 6700 models of the M4 were produced, not counting modifications and modernised versions. The Sherman tanks saw combat on all fronts of World War II, and the modernised variants of this rugged design were also used in the Korean War and the Six-Day War.

In War Thunder, the M4 is situated in the US Ground Forces tech tree. It is an Era II vehicle, with a Battle Rating of 3.7 in all game modes. The tank, as in reality, is armed with the 75 mm M3 tank gun as used on the M3 Lee and the M8A1 Gun Motor Carriage. At first the player has access to two types of ammunition - the M72 AP shell, which can penetrate 84 mm of armor @ 100 meters range, and the M48 HE shell - useful when dealing with lightly armored targets. The player can unlock a third ammo type - the M61 AP shell. The M61 has better armor penetration (89 mm @ 100 m), and is also equipped with a HE warhead, which increases post-penetration damage dealt to the crew and modules. It is advised to use this over the stock AP ammo. The armor of the Sherman is solid - the front of the turret is protected by 76 mm of rounded amor while the frontal hull plate, while only 51 mm in thickness, is heavily sloped which increases the effective thickness to around 80 mm of armor. The side of the hull is significantly thinner at only 38 mm of armor. The tank is powered by a 400 horsepower engine which translates to a maximum speed of 38 km/h.

In battle the M4 performs well as an all-rounder; the thick turret front and 10 degrees of gun depression make the tank ideal for taking hull-down positions which protect the thinner hull armor from being penetrated by enemy fire. The sloped front upper glacis, when angled, also provides good protection against enemy fire. The reasonable mobility of the Sherman makes flanking a viable tactic. The main weakness of the M4 is the side armor - not only is it unangled and thin, but behind it most of the ammunition is stowed. The tall silhouette of the tank also makes finding suitable cover difficult. Overall, the M4 Sherman can be considered as an armored jack-of-all trades - it will serve a tanker well, however it will not excel in any particular role. The M4 will be your gateway to the American medium tanks and through your progression you will be able to play many variants of this legendary machine.

In one of the future updates we will introduce
"Major Jim" inscription, 1st Armored Division, February 1943:

And what is your favorite Sherman? All-rounder M4,
armored M4A3E2 Jumbo or high-tier
M4A3(76)W with powerful gun? 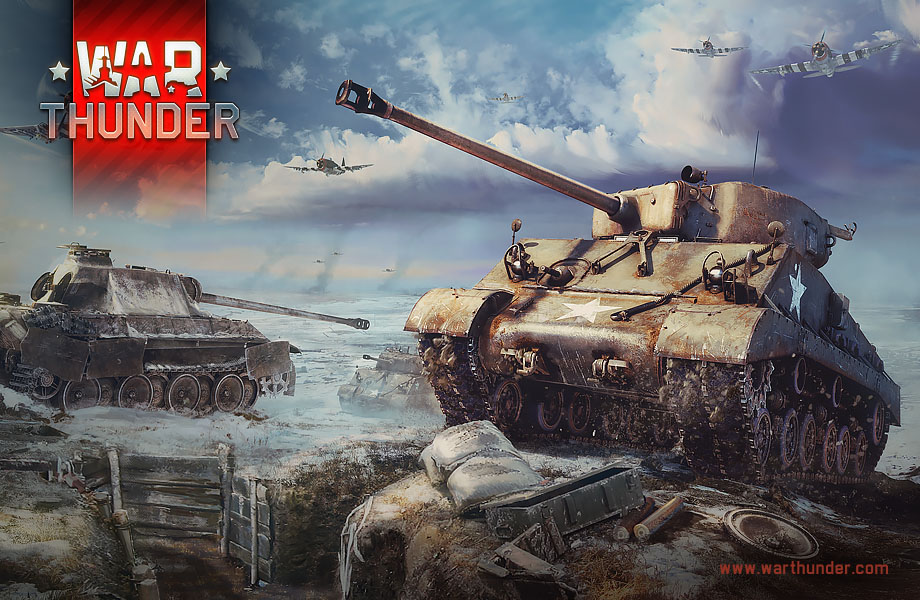