Pzkpfw VI "Tiger" Ausf. H1
12 December 2014 Vehicle Profile
Attention! This news was published on the old version of the website. There may be some problems with news display in specific browser versions. 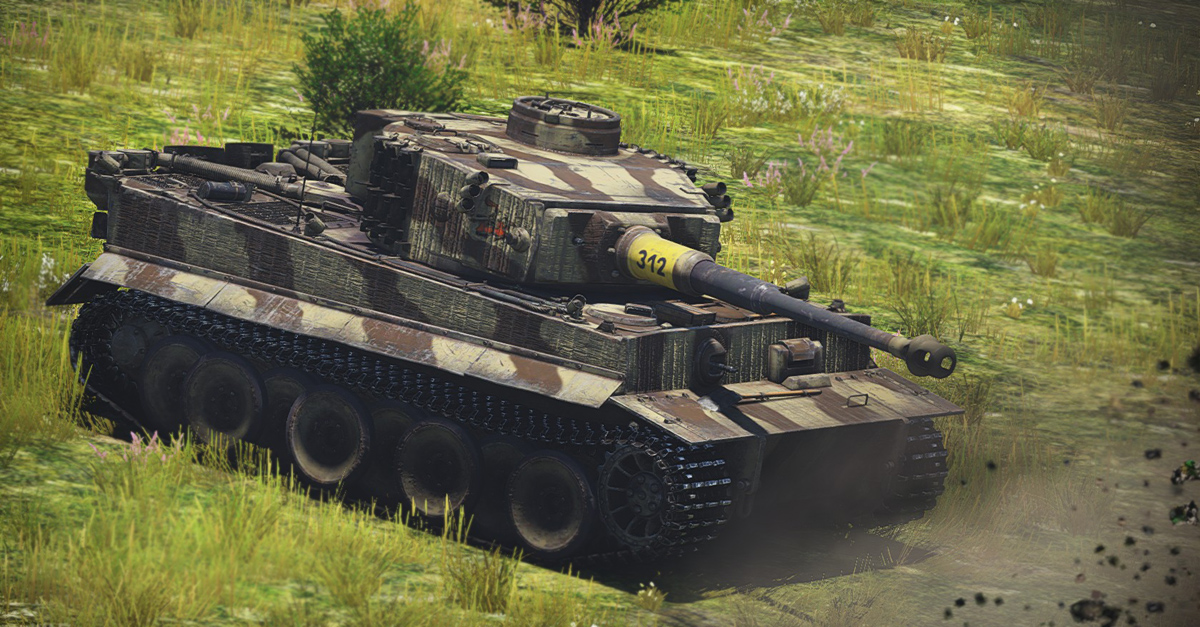 The design of the tank started in May 1941, after Adolf Hitler ordered both the Henschel and Porsche companies to develop a new, 45 ton heavy tank. The contest was won by a more traditional design from Henschel - the firm would supply the hull, while Krupp was to be in charge of the turret production. The new tank utilized many parts and design philosophies used in the creation of the earlier VK 36.01(H) prototype. The tank was to be armed with a powerful 8.8 cm KwK L/56 main gun, capable of knocking out any Allied tank produced at the time from over 500 meters range. The new tank, officially designated as the PzKpfw. VI Ausf. H1 (changed to the Ausf. E after some modifications in March 1943), entered production in May 1942, although it was plagued by delays and manufacturing problems. Overall, 1347 Tiger tanks were produced. With their combat debut near Leningrad in September 1942, they took part in the fights on all European fronts of World War II right until the end of the conflict.

In game, the Tiger is the first German heavy tank in the tech tree, unlocked from the Panzer III Ausf. M medium tank. Armed with the 88 mm KwK L/56 gun and powered by the 650 horsepower Maybach HL230 engine, it is a blend of strong firepower and protection. The frontal hull armor of the tank is 102 mm thick, however, the thickness itself does not make it impenetrable. A Tiger driver should always seek to present the frontal armor to the enemy at an angle – from 30 to 45 degrees. The procedure of armor angling will increase the effective thickness of the armor and will also make it harder for HEAT shells to penetrate. Players should however be mindful not too angle too much – if the angle is too steep, the weaker side armor will be exposed for the enemy.

Another useful tactic that can be employed by the player driving the Tiger is going "hull-down". What is meant by going "hull-down" is the procedure of hiding the hull of the tank behind an obstacle (such as a rise in the terrain) and utilising the gun depression and frontal turret armor to increase the protection of the vehicle, as well as present a smaller target to the enemy. With 8 degrees of gun depression and nearly 150 mm of frontal turret armor, the Tiger is well suited for that role. However, because in War Thunder the gun barrel of the tank can be destroyed, it is advised to minimize the exposure time of the turret over the obstacle, to prevent the enemy from knocking out that important piece of equipment."

In combat, the Tiger can best be described as a "breakthrough tank" – with it's powerful gun and strong armor, it should be used to break through the enemy defence lines and engage with the enemy on the front line. The Tiger drivers should always be mindful of their surroundings – while well protected and armed, the Tiger is not a very mobile machine, with an unsatisfactory 11.4 hp/t power-to-weight ratio, and can be outflanked by faster medium tanks such as the T-34-85. That is why a Tiger should never be left to fight alone – it should always be supported by other tanks that can cover the flanks and rear of that formidable machine.

Overall, the Tiger is a dependable and strong heavy tank that can heavily influence the outcome of the battle. Progressing further down the line of the German heavy tanks will lead you to the big brothers of the Tiger – the 3 Tiger II tanks.