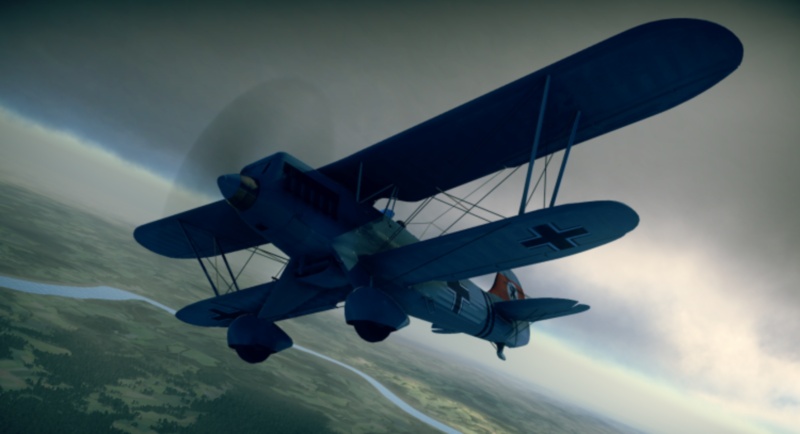 The 1919 Treaty of Versailles and its subsequent rulings at the close of World War 1 (1914-1918) against the defeated Germans specified they shall have “no armed aircraft”, specifically a military air force (or aircraft used for military purposes), or even police force. However, Germany wasted no time in building a new air force even as the ink dried on the treaties and did succeeded to secure a 1922 exemption to allow for civilian and commercial aircraft.  Germany only needed a place to hide their military air corps aspirations.


By 1924, the new German air corps was alive and growing in a training airfield  in the Soviet Union in Lipetsk.  Rather than train a large force, it was more to learn and develop the techniques to manage a wholly new branch of the military (This base was officially known as 4th squadron of the 40th wing of the Red Army).  By the time Hitler was even considered as a leader for any political party, the Luftwaffe was very alive and growing. Additionally the German government supported gliding clubs all over as a restriction free way to encourage flying and aircraft designing, not necessarily for military purposes but certainly for national pride.


During the 1920’s the German aviation industry was growing, catching up with the technologies from other countries thanks to both exemption of civil aviation and foreign interests. Engineers such as Claudius Dornier, Hugo Junker, Willy Messerschmitt and others made a name for themselves in the world (see the giant Dornier Do-X flying boat for instance), and an entire industry to support aviation was rapidly expanding.


The early 1930’s saw explosive growth in German aviation, closely tied, practically in lock step with Hitler’s rise in power and his assigned deputy to aviation Hermann Göring. At first they established a “defensive” force, “Luftschutzant”, based in Germany and closed the Lipetsk base. With Hitler becoming Chancellor of Germany on 30 January 1933, the fuse for a the future air force was lit. At first ordering the construction and arming of warplanes such as the Junker fighters and Do-11 series bombers (11/13/23) was done in complete secret, aided in 27 April 1933 by the reorganized and renamed Reichsluftfahrtministerium (RLM, Ministry of Aviation) was established to establish full control and direct more resources to aviation development. With no challenge by the allies, by May 1933 Chancellor Hitler put out the orders for huge funding to design and build new warplanes, but still under disguise as civilian transports (for example Do-17, He-111, Ju-86), and use the civilian aviation to push technologies that could be used in the military (see He-70)


Still the pace of political change in Germany was blistering.  On August 2, 1934 German president von Hindenburg died and Hitler was now the unchallenged supreme leader of Germany.  All aspects of hiding warplane was cast aside in violation of law (Hitler even bragged it). The Treaty of Versailles was no longer in force. In fact, England and France did get wind of the a secret air force, but instead of directly challenging Hitler, France built the Maginot Line and England made pacts and built its own defense. The fledgling air force was reorganized several times, gaining new powers with each change.

Parallel to all this secret military development was civilian development that served a dual purpose of building the industry but also for massive propaganda capitol Hitler desperately needed stoke his and Germans peoples pride. Huge sums of money flowed into aircraft manufacturers and the golden years of aviation glowed brighter than ever before and since. For a perspective, in 1931 fabric covered biplanes was the most common aircraft in the skies. By 1934 sheet metal monoplanes had taken over. Speeds also roughly doubled. Besides engines and airframes, new technologies where created in the realm of navigation instruments, radio navigation, pilot health, autopilots, fuels, lubricants, fuel injection, new materials, even radar and jet engines. Other countries also responded with massive budget increases and huge leaps in technology worldwide. The “Space Race” some 30 years later pales in comparison to the Golden Age of aircraft where dozens of nations participated. Today’s aircraft are expected to last about 15 to 25 years. In the 30’s the war planes was planed to be replaced in 2 years, basically a replacement being designed for the production aircraft just as the first was being built.


Still unchallenged by France and England, On 26 Feb 1935 Hitler “officially created” the “Reichluftwaffe” with Hermann Göring as its Commander-in-Chief. The last piece of the puzzle was in place, the veil was lifted, and the new, completely independent armed force was finished. Not everything Hitler said became policy, the “Reich” fell out so “Luftwaffe” was the popular name and began operations 1 March 1935. The most important effect was aircraft production no longer needed to waste energy to hide what they where building. All energies was spend on war craft with no useless details to disguise them. German started to arrogantly display its new military branch in shows across the European continent, even selling them to other countries that wanted them, like the Netherlands, Kingdom of Yugoslavia, Sweden, and of course Spain. To the delight of Hitler and Göring, many German aircraft won international flight competitions against the latest designs of competing nations by staggering amounts.


When WW2 started in 1 September, 1939, Germany had by far the newest fleet of war planes that outperformed almost anything the allies had, and the allies could not match the manufacturing capacity of the freshly built high capacity factories.


If the birth of the Luftwaffe seems something like a Greek mythology, in every way it is. One has to remember that outside Germany, the belief was it sprang into existence in 1935 out of nothing instantly, fully formed and ready to fight. From Spain to the early 1940’s it crushed the air forces of several countries, including UK’s RAF in the first major engagement over France, to many it felt as if the Luftwaffe has the power of Zeus. Today we know it was growing for decades in secret and disguise to the day revealed, but make no mistake its sudden rise to power is still no less remarkable by any measure. The mythos of the Luftwaffe is real and deserved. 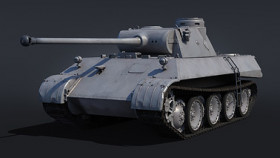